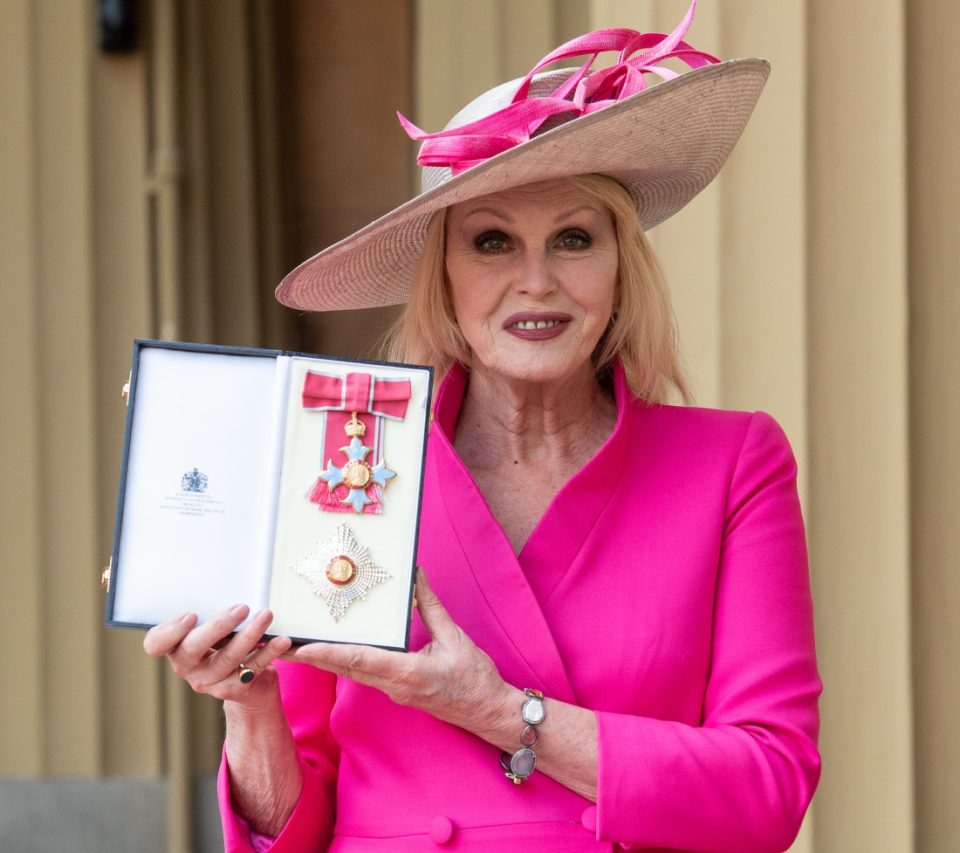 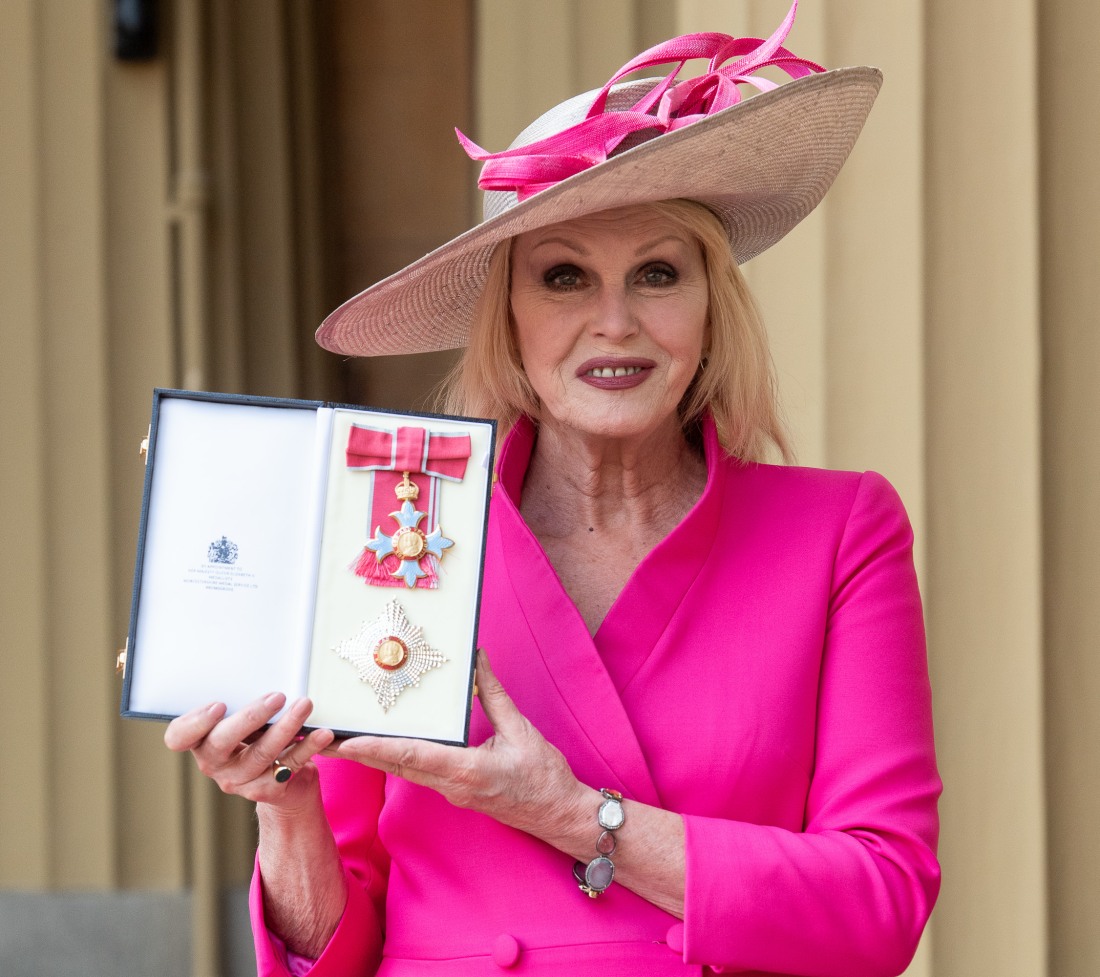 Joanna Lumley is best known to me as Patsy Stone, the chain-smoking lush on Absolutely Fabulous. Lumley is more than that, of course – while AbFab made her famous, she’s been a stage actress, a model, a traveler and an activist for much of her life. Lumley became quite tight with the Windsors at some point, and she’s a fan of the late QEII and she’s friends with Queen Camilla. She’s currently promoting a book about QEII’s “private passions and public interests,” which is how she came to be interviewed by Prospect Magazine. The big headline from the piece is that she thinks the Me Too movement went too far and women are too eager to see themselves as victims. I have to say, though – I read the whole piece and it’s a somewhat interesting read besides that crap. Some highlights:

She doesn’t think much of drama schools: She was, and remains, entirely convinced that acting ability is innate: “You can either act or you can’t.” Drama school was not even considered. “They can only teach you how to refine your acting or learn some tricks.” She recalls that Anthony Hopkins, when once asked what research he did to become Hannibal Lecter, answered that he combed back his hair. “A lot of guff is spoken about how deeply we go into stuff, but largely we change our accent, or raise an eyebrow; we do something with our hair or wear a wig or do something different,” she says. “The joy of acting is in being able to flick into a new character.”

A Bond Girl in On Her Majesty’s Secret Service. “I made a big thing of it because it suited me to say I was a Bond Girl. But really I was just a speck of dust, and if you blinked you would miss me!”

She thinks it’s hell to have enthusiastic fans: “Rather than be sad about it, try to pretend you love it.” She would tell herself, “I am not going to be cross.” She still does. “Now with selfies I pretend to absolutely love it. Because otherwise you would go mad. But hell—you do go mad. They are so intrusive,” she says. Lumley doesn’t do any social media, perhaps as part of an attempt to escape the constant intrusion of modern public life. She casually adds that “I don’t even take calls on my mobile.”

She came up with the ultimately failed plan for a riverwalk Thames Garden Bridge. “Our country hates new ideas. It really hates them.” As Lumley tells me the history of her endeavours, it is obvious how passionate she was about the bridge and how angry she is about the politicians who eventually killed the project; she fails to mention the extent of public opposition to the bridge. “Suddenly it was seen as a fatuous and ridiculous idea. But imagine if it had been there during lockdown. The quietness and peace of a lovely river walk and the solace of the trees and plants given to people as they walk across the great river. It would have been magic. And we had support from all over the world.”

On feminism & Me Too: Self-sufficiency is clearly part of Lumley’s credo but, I wonder, does she consider herself a role model and feminist? She skirts the answer but does make it plain that she has little sympathy for the #MeToo movement. In the years when she was modelling, women “were a lot tougher,” she says. “If someone whistled at you in the street, it didn’t matter. If someone was groping, we slapped their hands. We were quite tough and looked after ourselves… The new fashion is to be a victim, a victim of something. It’s pathetic. We have gone mad.”

I do think there’s this thing with older women, women of Lumley’s generation, who feel like they were harassed and abused and it’s just part of being a woman, and so every generation of women should have to deal with it too. That’s not the way it should be though – just because women now feel empowered enough to tell their stories of being harassed, abused, raped and assaulted, it doesn’t NEGATE what women of other generations went through and survived. But yeah, I get the feeling that a lot of older people think “victimhood” is the current fad. It’s not. This is correct about Britain though: “Our country hates new ideas. It really hates them.” Yep.

The fact that Lumley feels that way about Me Too – and women telling their stories of surviving sexual violence and harassment – while also being friendly with Queen Camilla is pretty interesting. Camilla’s big issue is domestic violence, rape crisis centers, etc. Maybe Lumley will go with Camilla to one of those rape crisis centers and tell the survivors that they’re pathetic whiners. 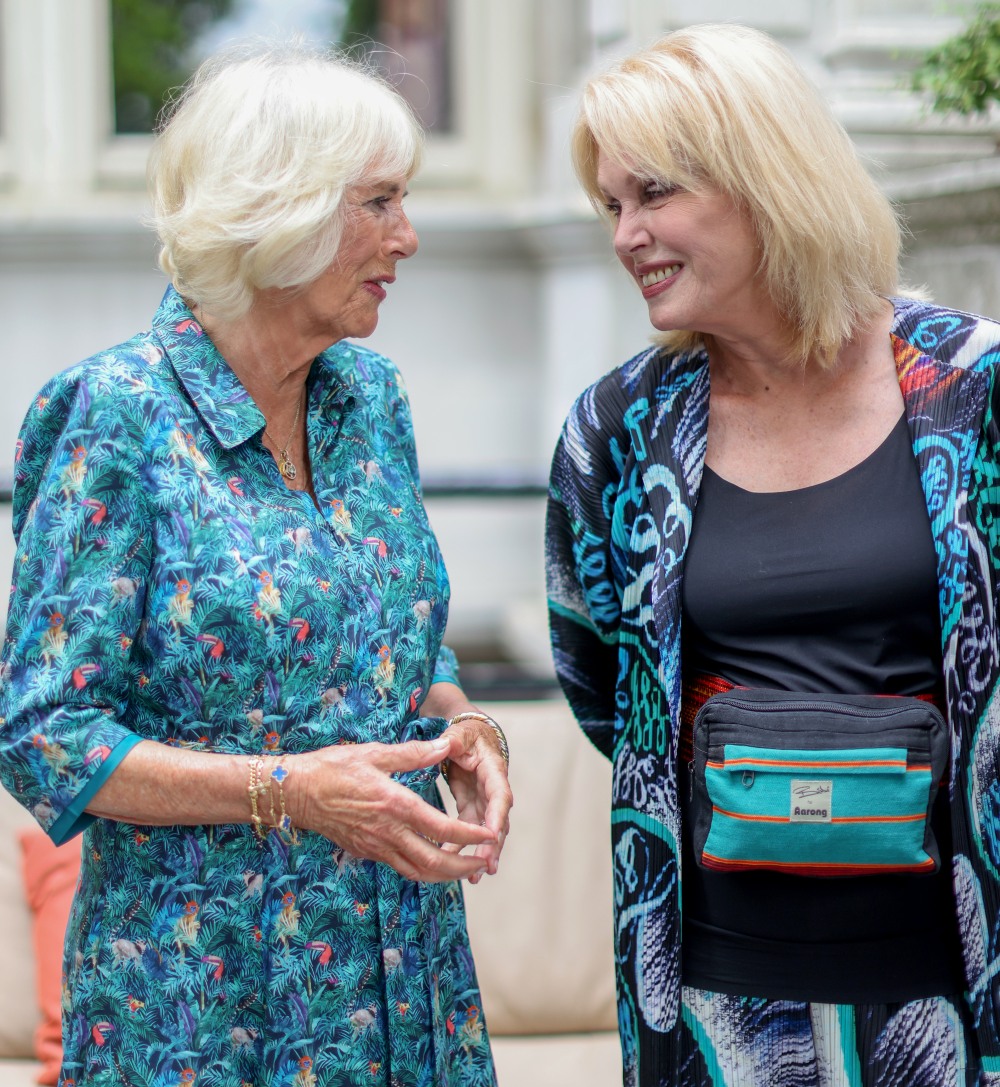 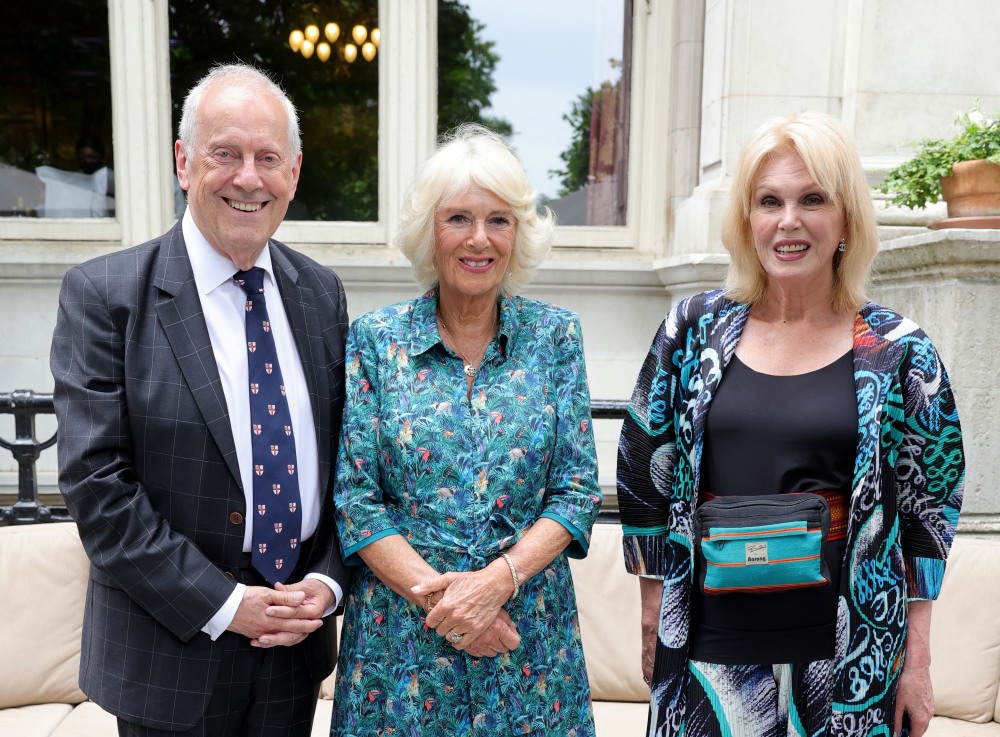 bitchy | One thing is clear: The Sussexes were dying to show us their wedding photos

bitchy | India Hicks: Princess Kate ‘wants to not be given things’ & has a ‘strong sense of style’