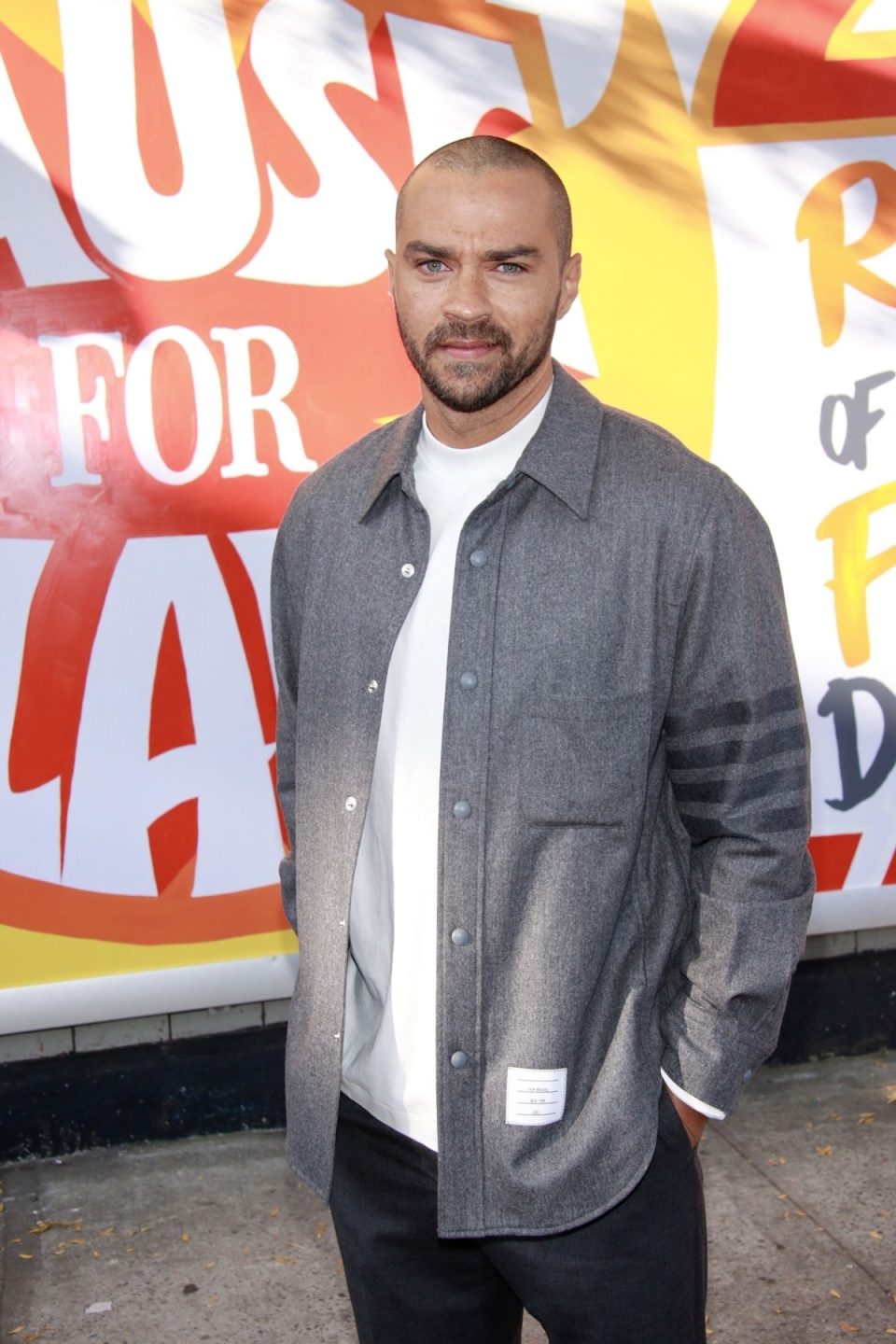 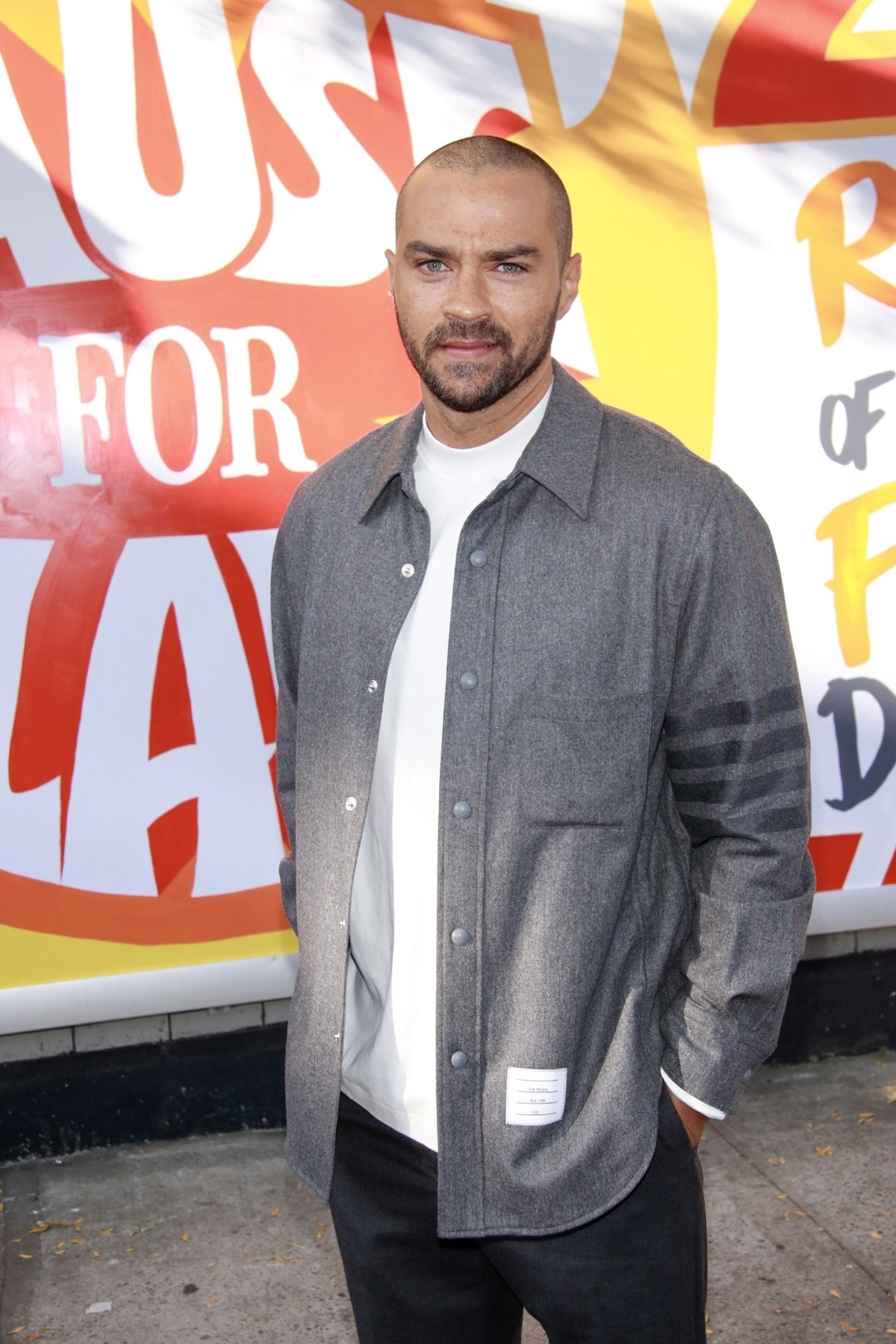 Jesse Williams is busy. He’s in the middle of the second run of Take Me Out, the Broadway show that resulted in his leaked nudes and a Tony nomination. He gets to have his little kids fly across the country to visit him for long weekends each month. He’s invoking his kids as part of his partnership with the fire prevention company, Kidde. And he may or may not be returning to Grey’s Anatomy after departing in season 17 after 11 years.

Jesse Williams could soon be scrubbing back in at Grey Sloan.

In an exclusive interview with E! News, the actor teased some heart-stopping news: A possible return to Grey’s Anatomy.

While we last checked in with Jackson Avery during the season 18 finale after moving to Boston, the actor exclusively told E! that the surgeon might make a stop out west one day. When asked whether he’d make a guest appearance to train the new interns, Williams responded coyly, saying, “I think that’s very possible.”

“Don’t want to get sniped in here,” he continued, looking off-camera, “But I think it’s very likely that they’ll be a way that Jackson will emerge one way or another.” We’re in need of resuscitation!

Williams added that he’s “spent some time” with the new class of Grey’s Anatomy interns, and that the experience of working with them was nostalgic as a former Grey’s intern himself.

“It reminded me of when I came in in a crop of four residents that had to learn the ropes,” he said. “They were kinda fumbling and figuring it out—both as actors and as characters, figuring out their role in this big, intimidating space. So it was really great to work with them. They’re all talented and offer something different.”

Williams starred on the long-running medical drama from seasons six through 17, ultimately leaving in May 2021 after reuniting with on-screen love interest Sarah Drew. Since his departure, Williams starred in the Broadway revival of Take Me Out, for which he was nominated for a Tony Award.

And although Williams revealed there are no concrete plans for a “Japril” spin-off in the future—with the actor citing both himself and Drew’s busy schedules—he’s certainly interested in the possibility.

I’m not surprised he’s coming back. As he said in his court docs, Broadway doesn’t pay well and he has to maintain his lifestyle somehow. Also, production clearly really likes him. Aside from Sandra Oh’s Cristina Yang, Jesse’s Jackson Avery character got the second most graceful/thoughtful exit of a series regular. (Alex Karev deserved better and I’m still mad about that). But they really did leave the door open for Jesse to return, and return he did in the season 18 finale. Sarah Drew had already hinted that Jesse would be back this season and God knows the show needs some old faves to keep things interesting considering that even the titular character won’t be around much anymore. Jesse also did an interview with Variety about the return of Take Me Out, the nude leak, watching himself on Grey’s, and hitting the gym. Also, I snarked before, but truly no shade about the fire safety partnership. It seems like an organic partnership for him knowing that his brother is a firefighter and he is raising awareness about the disproportionate impact of house fires on the Black community. Jesse’s activism is never the problem.

bitchy | Julia Roberts in Thom Browne at the Academy Museum gala: too staid or elegant?

bitchy | People: Chris Evans, 41, has been dating Alba Baptista, 25, for more than a year