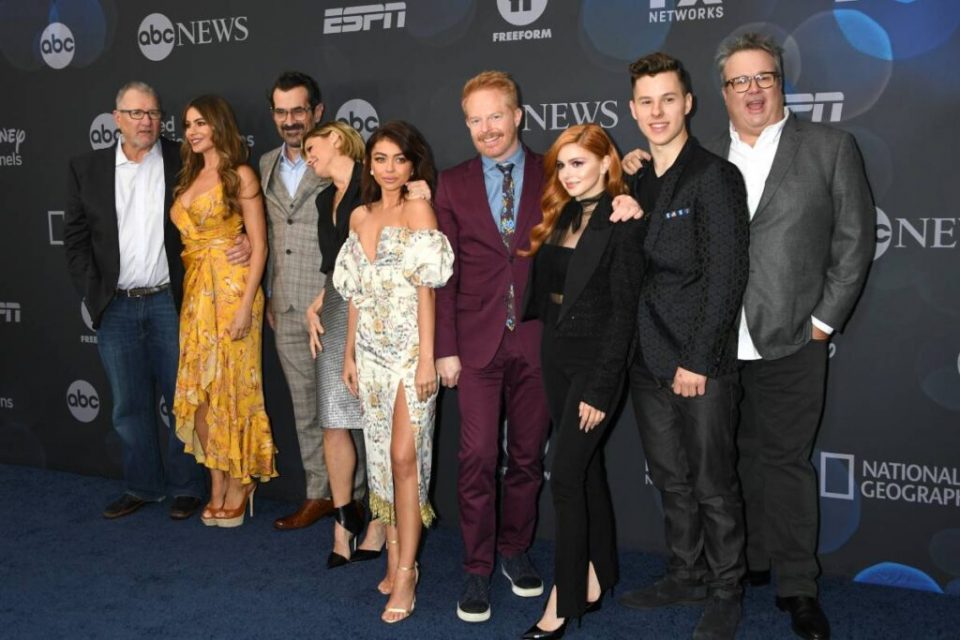 I wrote about Sarah Hyland and Wells Adam’s wedding about 12 hours before she released her photos. So I was missing a lot of details from my story. Fortunately, CB updated it for me. Sarah wore two and possibly three wedding dresses, all of which were beautiful. I was right about loving Julie Bowen’s dress and wrong about not liking Ariel Winter’s dress, it was cute. And, Jesse Tyler Ferguson did not just attend the wedding, he officiated. I didn’t know that part, but it didn’t surprise me because when I was going through their Instagrams for pics, I saw a lot of them in each other’s. Apparently, though, Jesse was not Sarah’s first choice for officiant. She’d asked her TV dad Ty Burrell to do it, but he had to cancel due to a family emergency, so Jesse subbed in for him.

Sarah Hyland likes to keep it in the (Modern) Family.

The actress finally tied the knot with Wells Adams in a gorgeous California vineyard wedding ceremony last week, officiated by none other than her “Modern Family” costarJesse Tyler Ferguson.

However Ferguson — who played Mitchell Pritchett, Hyland’s character’s uncle, on the show — revealed he wasn’t actually Hyland’s first choice when it came to officiating her wedding.

“I don’t know if people know this, but Ty Burrell was meant to do it, and there was a family emergency,” Ferguson told ET.

“So, I got a phone call 12 days before the wedding, and that’s why Ty wasn’t there, he had stuff going on.”

The actor said Burrell graciously gave him some “bullet points” on what to say during the ceremony.

“He hadn’t written anything up, but he had some ideas, and I was like, ‘Oh, this is all really good. This is a jumping-off place,’” Ferguson added.

Ty’s absence was my biggest question mark of the wedding. I knew there had to be an important reason because of how close Sarah was to him. It’s nice that Jesse stepped in for him and I love that he and Ty went over bullet points of what to say. Ty would have been an amazing officiant, but you know Jesse was too. I’d have asked either of them to be mine and I’ve never met them. And Jesse also answered my question about the other cast members, they were all invited, just couldn’t make it. Reading this, though, I think it probably broke their hearts. This cast really does see each as family.

I don’t know if Jesse was being dramatic, or Sarah and Wells really did sell their photos to Vogue. I hope so, it looked like a beautiful wedding, and I’d love to see more. Sarah’s gowns were Vera Wang. I like this one the best, especially the detached sleeves. Wells wore Gucci. He looked nice. The suit didn’t stand out to me but he looked like he had a great time and that’s the important part. He cried when he saw Sarah come down the aisle. I didn’t know Vanessa Hudgens was a bridesmaid, but she was, and they all looked beautiful in dark rose slip dresses. Both Sarah and Wells look like they had multi-sex attendants. I hope that becomes more popular. And the flowers were amazing. Sarah had the flower budget I wished I had. I just hope Vogue gives us food and cake details for Kaiser. 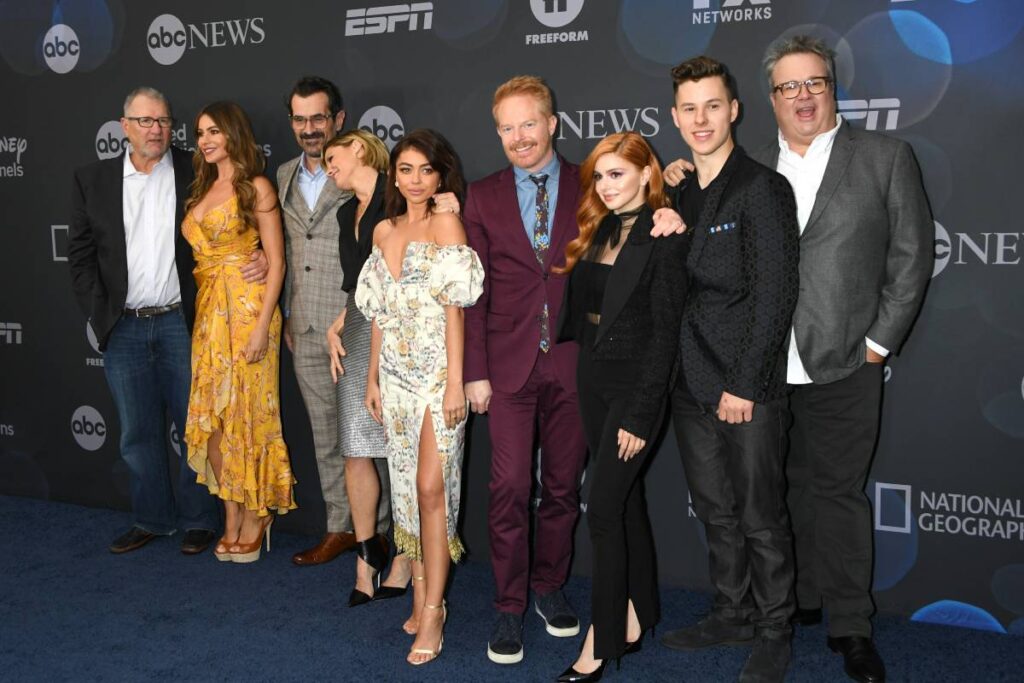