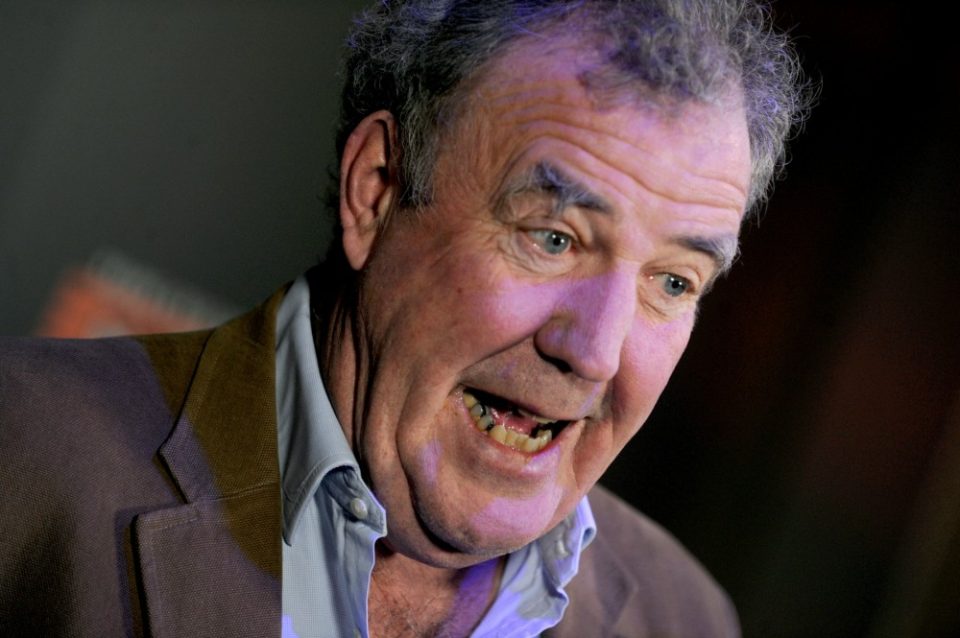 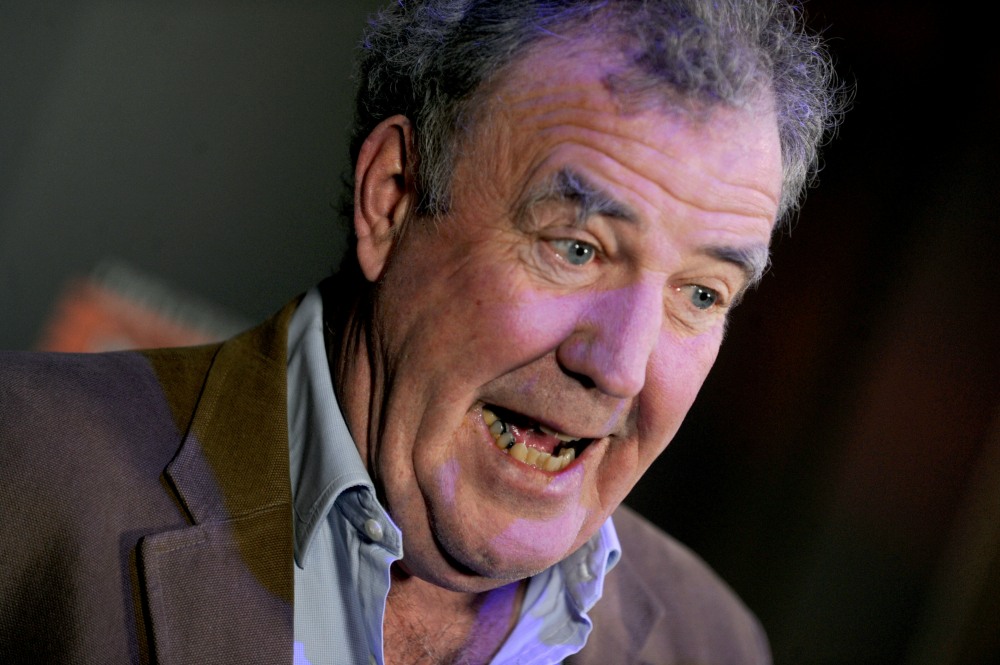 In mid-December, the Sun published a violent screed written by Jeremy Clarkson. Just days before the column was published, Clarkson had a Christmas lunch with Queen Camilla, Piers Morgan and various other despicable people. We can only imagine the vile things that were said at the lunch, but we didn’t even have to imagine, because Clarkson made it pretty clear. In the column, he wrote about how he hates the Duchess of Sussex on a “cellular level” and he fantasized, in writing, about stripping her naked and parading her down the street so that people could throw sh-t at her. Clarkson also wrote that everyone of his generation felt the same. Gee, I wonder where and when he got that impression? Days later, the Sun finally removed the column and Clarkson made a half-assed statement about it. Now, weeks later, Clarkson has made a new statement on his Instagram, here’s almost all of it:

One of the strange things I’ve noticed in recent times is that whenever an MP or a well-known person is asked to apologise for something, no matter how heartfelt or profound that apology may be, it’s never enough for the people who called for it in the first place.

So I’m going to try and buck the trend this morning with an apology for the things I said in a Sun column recently about Meghan Markle. I really am sorry. All the way from the balls of my feet to the follicles on my head. This is me putting my hands up. It’s a mea culpa with bells on.

Usually, I read what I’ve written to someone else before filing, but I was home alone on that fateful day, and in a hurry. So when I’d finished, I just pressed send. And then, when the column appeared the next day, the land mine exploded.

It was a slow rumble to start with, and I ignored it. But then the rumble got louder. So I picked up a copy of The Sun to see what all the fuss was about. We’ve all been there, I guess. In that precise moment when we suddenly realise we’ve completely messed up. You are sweaty and cold at the same time. And your head pounds. And you feel sick. I couldn’t believe what I was reading. Had I really said that? It was horrible.

I knew what had happened straight away. I’d been thinking of a scene in Games Of Thrones, but I’d forgotten to mention this. So it looked like I was actually calling for revolting violence to rain down on Meghan’s head.

I was very angry with myself because in all those controversial days on Top Gear, when I was accused of all sorts of things, it was very rarely sexism. We never did ‘women can’t park’ gags for instance. Or suggested that powerful cars were only for men. And I was thrilled when Jodie Kidd and Ellen MacArthur set fastest-ever laps in our reasonably-priced car. I’m just not sexist, and I abhor violence against women. And yet I seemed to be advocating just that.

I was mortified and so was everyone else. My phone went mad. Very close friends were furious. Even my own daughter took to Instagram to denounce me. The Sun quickly apologized and I tried to explain myself. But still, there were calls for me to be sacked and charged with a hate crime. More than 60 MPs demanded action be taken. ITV [was] incandescent…

I therefore wrote to everyone who works with me saying how sorry I was and then, on Christmas morning, I e-mailed Harry and Meghan in California to apologise to them too. I said I was baffled by what they had been saying on TV but that the language I’d used in my column was disgraceful and that I was profoundly sorry.

Over the last 30 years, I have written very nearly 5,000 newspaper and magazine columns, so it was inevitable that, one day, I’d do a Harry Kane and sky one of the damn things. Which is what happened with the piece about Meghan.”

Can I move on now? Not sure. It’s hard to be interesting and vigilant at the same time. You never hear peals of laughter coming from a health and safety seminar. But I promise you this, I will try.

What a deplorable man. “Then, on Christmas morning, I e-mailed Harry and Meghan in California to apologise to them too. I said I was baffled by what they had been saying on TV…” So Clarkson waited about ten days after his Sun column was published to “apologize” over email, but his email was an attack on “what they had been saying on the TV.” Who emails their apologies on Christmas Day? Jesus. And I don’t even believe Clarkson would have their personal or professional email addresses either. When Harry spoke about the Clarkson sh-t in his Spare promotion, those interviews were conducted before Christmas, so it makes sense that Harry was still piping hot about it (Clarkson had not “emailed” his apology yet).

Beyond that, I’m a big believer in “your apology needs to be as loud as your disrespect.” Instead of this self-serving, patronizing bullsh-t on his Instagram, the Sun absolutely should have published a thorough apology from their editorial staff AND Clarkson. So no, I don’t give a sh-t.

Hilariously, Clarkson was a day late and a dollar short on this self-centered apology. Amazon is cutting ties with him after the final seasons of “The Grand Tour” and “Clarkson’s Farm” air. Racist loser.

After I wrote up all of that, the Sussexes released a statement. Holy sh-t, Clarkson only wrote TO Harry. Despicable.

A spokesperson for Prince Harry and Meghan, the Duchess of Sussex has responded to Jeremy Clarkson’s Instagram apology posted earlier today (and addressed his claim that he emailed the couple in December): pic.twitter.com/DI6YdLIG5a

bitchy | Prince Harry on whether he would ever return to the UK to be a working royal: ‘NO.’