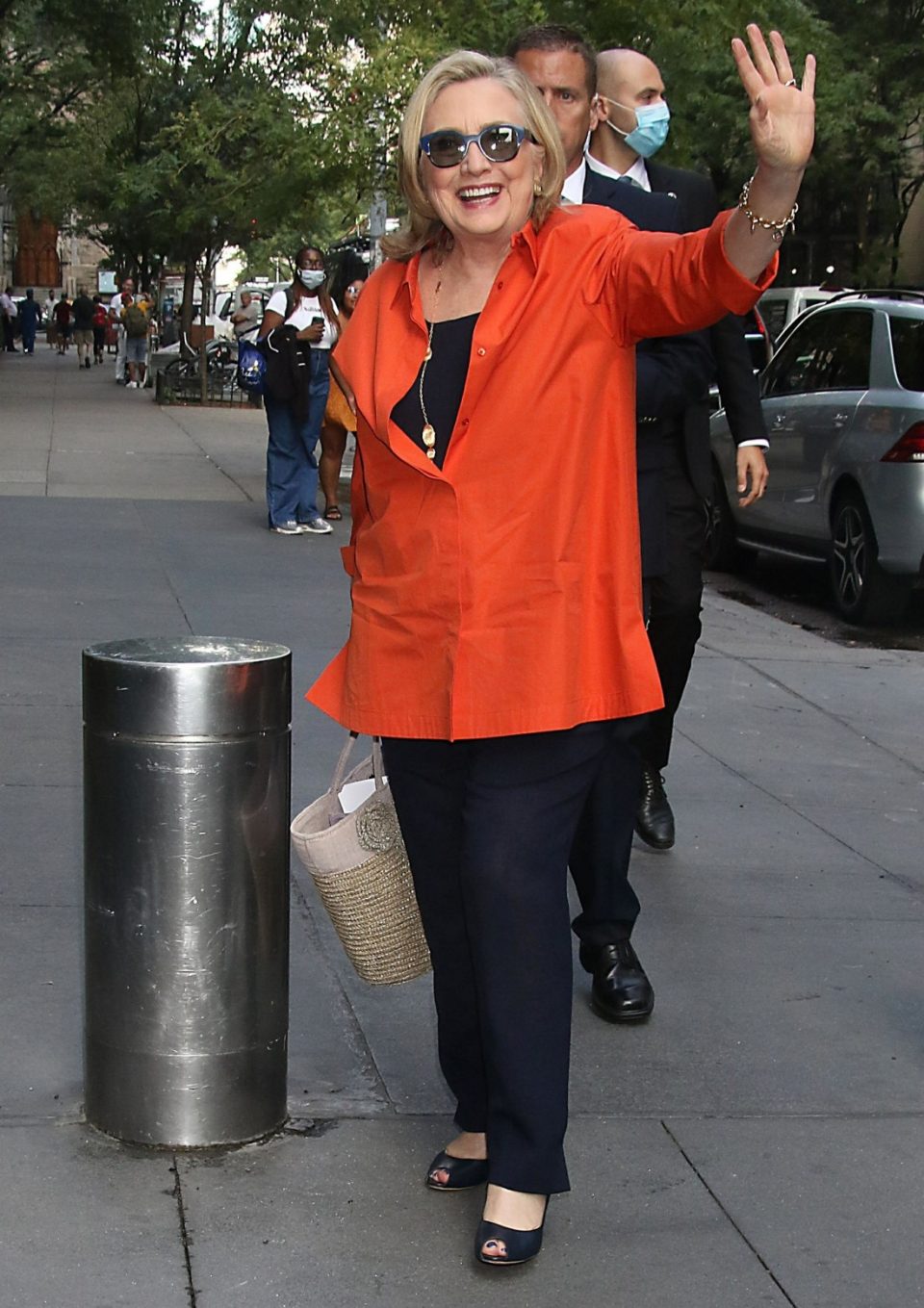 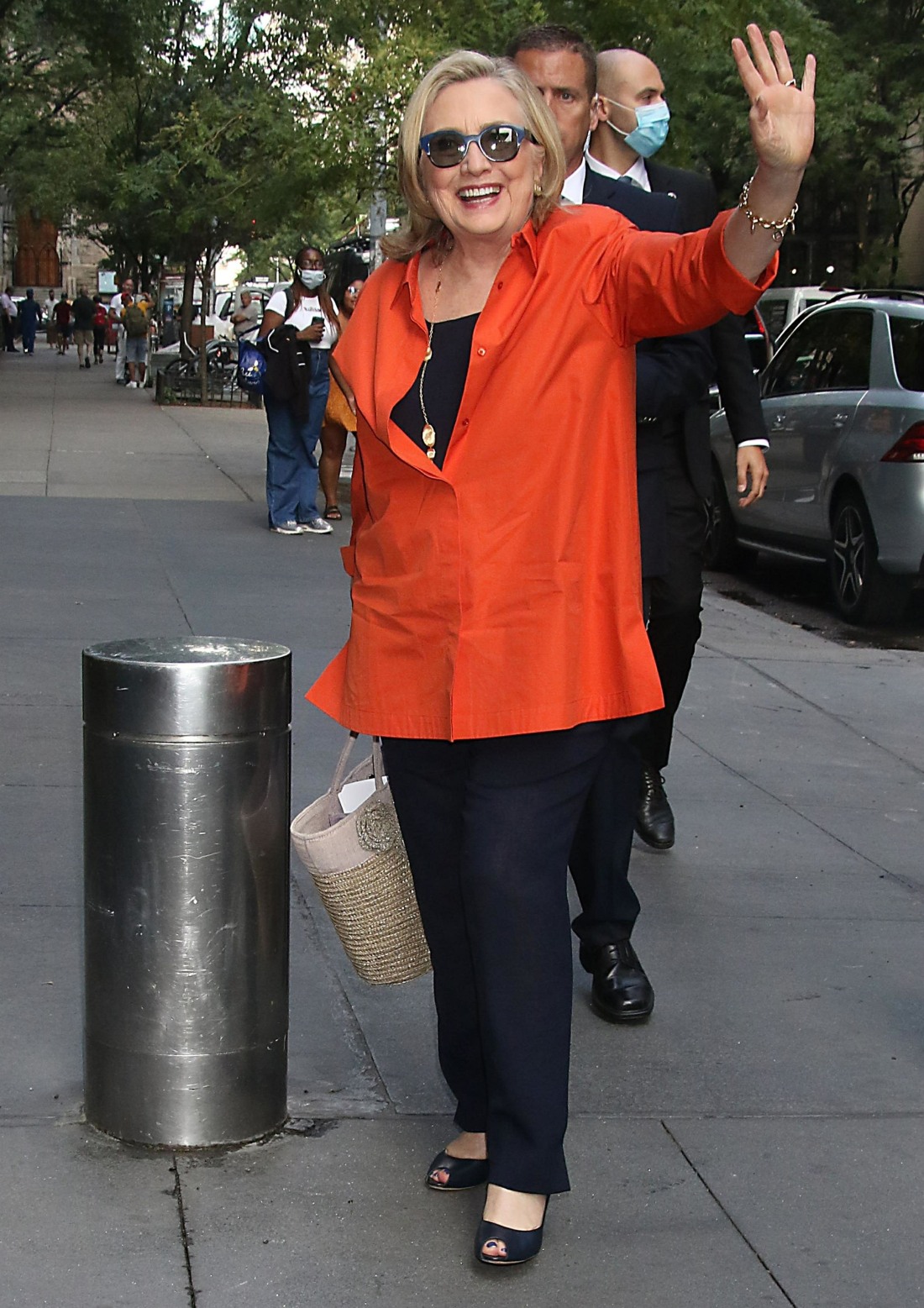 Hillary Clinton and Chelsea Clinton have a new show together, did you know that? It’s called Gutsy, and it premieres on AppleTV in September. Chelsea and Hillary traveled around the country, interviewing gutsy women and getting into adventures. Here’s the trailer:

There were a couple of moments where I was like “wow, at least one person doesn’t belong on this show.” Shockingly, that person was not Kim Kardashian. Seeing Amy Schumer made me feel a bit ill – come on, Hillary knows better than to give Amy Schumer a platform. Ugh. As for Kim Kardashian’s presence, the Clintons are highlighting Kim’s work on prison and sentencing reforms. I will be very curious to see if Hillary Clinton addresses Kim’s blatant quid pro quo with Donald Trump, where Kim used her celebrity and “coolness” to get Trump to pardon people. One thing Kim and Hillary did for the show was take a law-studies quiz. Kim won. LMAO.

For the series’ hosts and executive producers personally, perhaps the most gutsy was the former secretary of state — a practicing lawyer and law firm partner before she was first lady — going head to head with law student Kim Kardashian in a contest of legal knowledge.

“I think Kim has an unfair advantage,” Hillary hedges in the episode previewed exclusively here and in the new issue of PEOPLE. Chelsea, acting as quizmaster, allows: “Kim has studied more recently than you.”

After a round of questions on the use of deadly force, the difference between extortion and robbery, and when a claim of self-defense is permissible, Kim soundly beat Hillary, 11-4.

Was the loss humbling? “Oh, it was heartbreaking!” Hillary tells PEOPLE in a recent interview previewing Gutsy. Both Clintons tell PEOPLE they came away from their day of filming with the star feeling impressed. “She worked so hard (on the bar) and persevered,” says Hillary.

“We didn’t interview her about fashion … her many lines of commerce … her personal life. We interviewed about what she was doing to help get people who were unjustly or unfairly incarcerated have a second chance.”

As for how Hillary, who earned her law degree from Yale, fared head-to-head with the legal novice, Chelsea offered her mom a face-saving out.

“I think she just needs to work on her reaction time,” says Chelsea. “Sometimes, I could see my mom knew what the answer was, but she wouldn’t hit the buzzer in time.”

Hillary says she wanted Kardashian to shine. “I was really intrigued by how well she did. I wanted to put the spotlight on her, not that she needs it, but she worked really hard to get that.”

You’re not saying you let her win, are you?

“No! I’m not saying that,” Hillary hastens to reply. “It’s more the reaction time.”

Why is this so funny? Kim Kardashian beat Hillary Clinton in a law-studies quiz. Hillary and Chelsea both claim it was merely a reaction-time issue with the buzzer. Hysterical. Anyway, I’ll watch some of this show. Not the Amy Schumer episode, but the other ones. 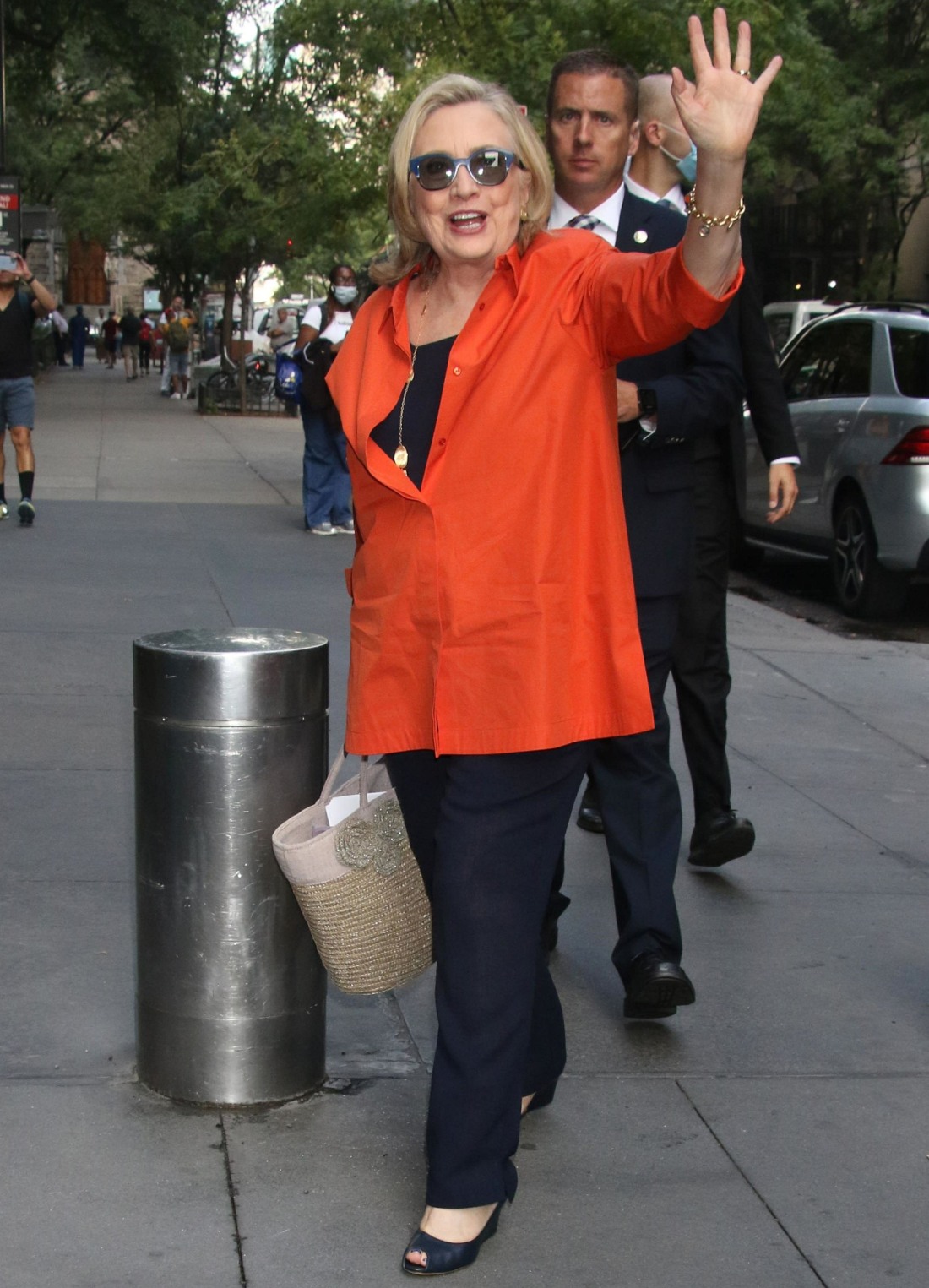