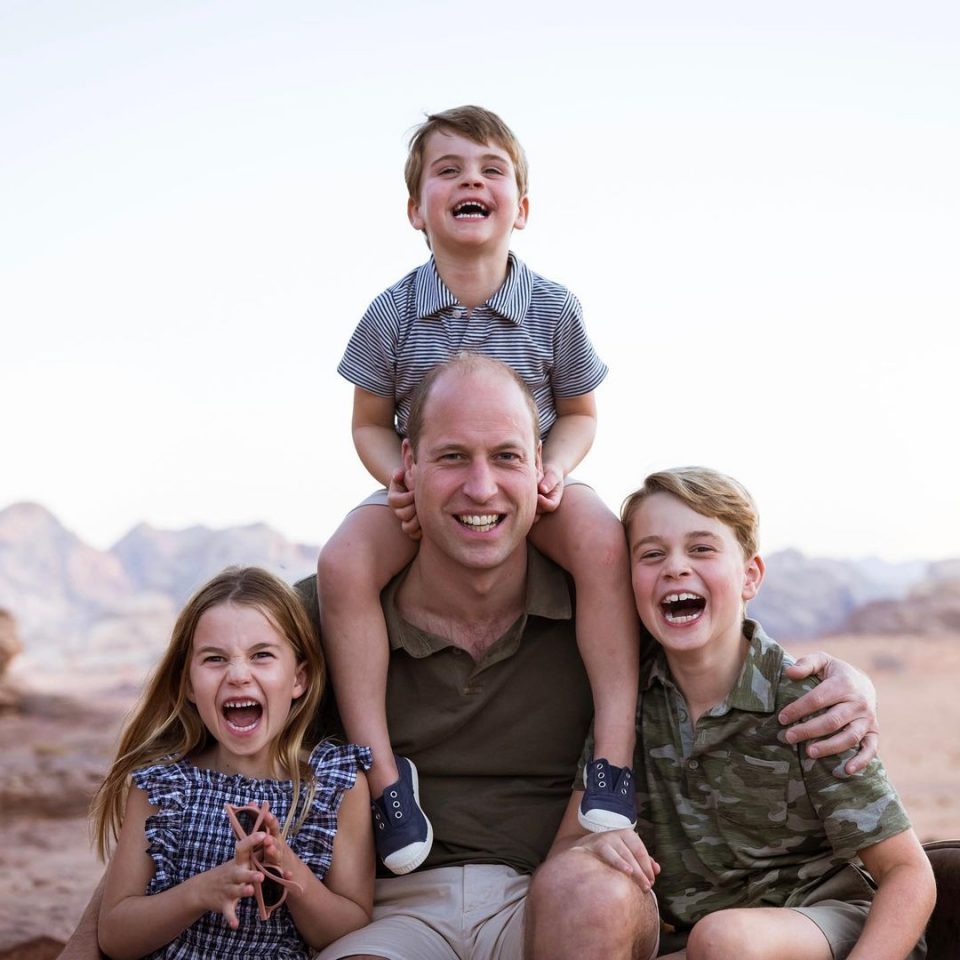 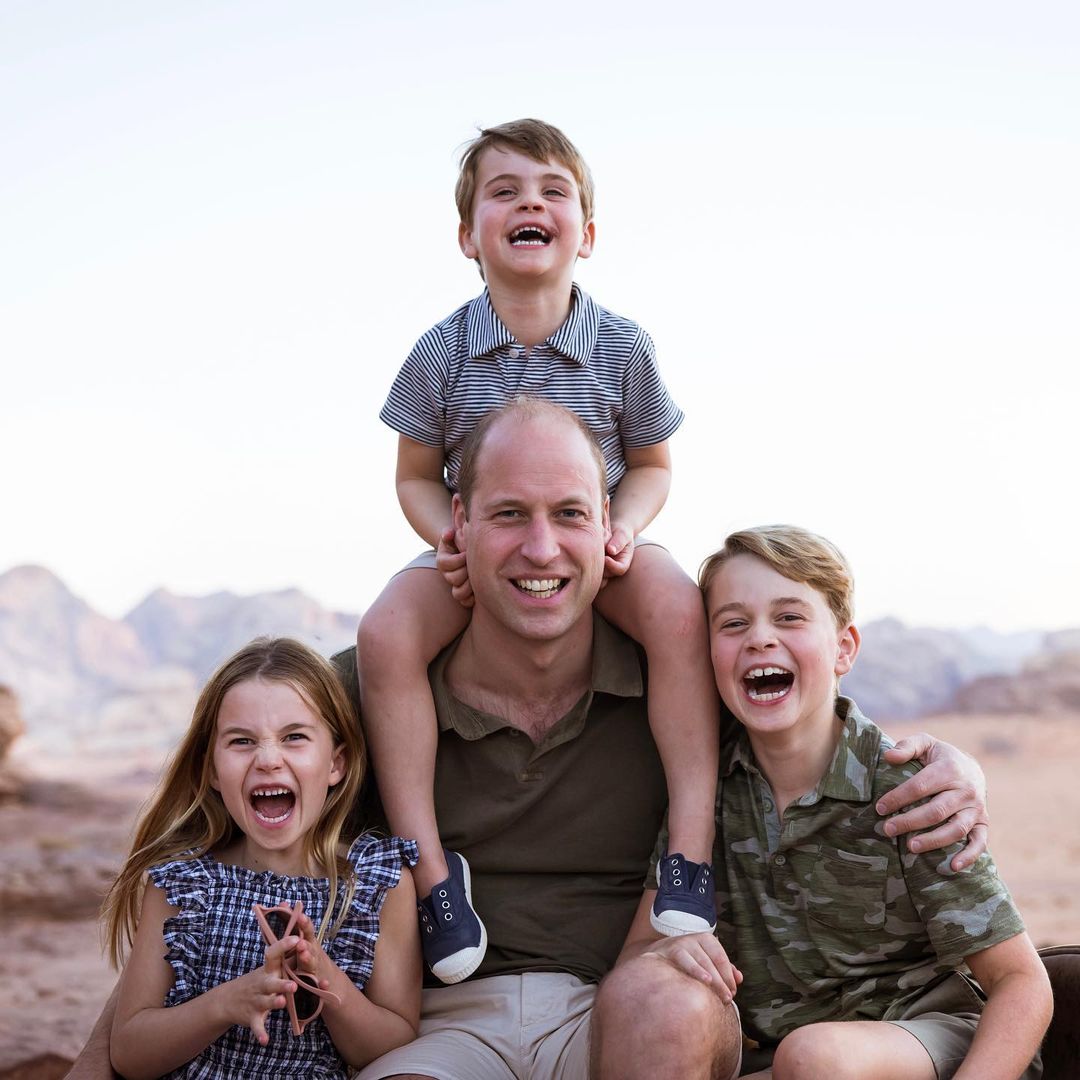 For Father’s Day, Kensington Palace released this never-before-seen photo of Prince William and the Cambridge children. This photo was – surprisingly? – not taken by Kate. I have to think that if Kate took this photo, she would have at least tried to choose a pic where Charlotte wasn’t making that face. Who knows though – while it’s an okay photo of William (who didn’t inherit his mother’s photogenic quality), the eye is drawn to the kids, not their father. It does feel like an odd choice for Father’s Day, but what do I know.

Interestingly, this photo is from the Cambridges’ vacation in Jordan last year. We still don’t know exactly WHEN they went to Jordan, which is bonkers. That’s how little they work too – they disappear for months at a time and we only find out later that they had a family vacation in Jordan. They either went to Jordan last summer or last October, which is when they were mysteriously photographed at Heathrow. What’s interesting about their mysterious family trip to Jordan is that they clearly brought a photographer with them. The photographer grabbed a lot of family photos, including the shot they used for their 2021 Christmas card.

Considering this photo is for Father’s Day and it includes the kids, I wonder if William sat for a solo photoshoot for his 40th birthday on Tuesday. For major birthdays, royals do tend to do solo shoots. Kate did – her 40th birthday photos were insane. My prediction for William’s b-day is that we get photos of him in full military regalia, looking kingly and colonialist. Either that or they’ll go in the complete opposite direction and put in an half-way unbuttoned shirt with a country background. Yeehaw! 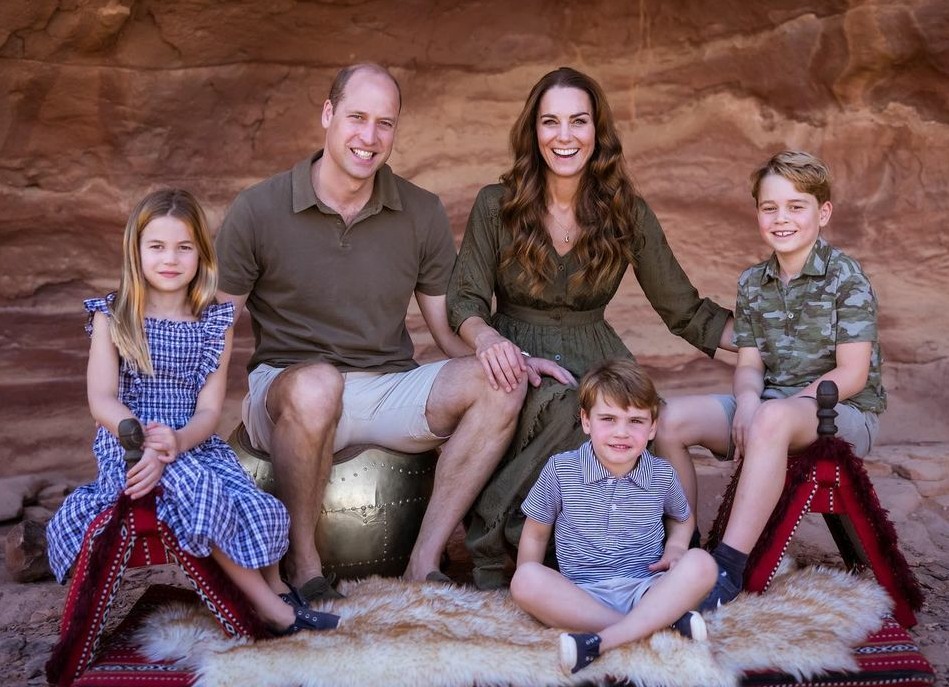 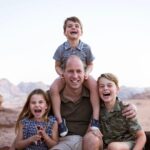