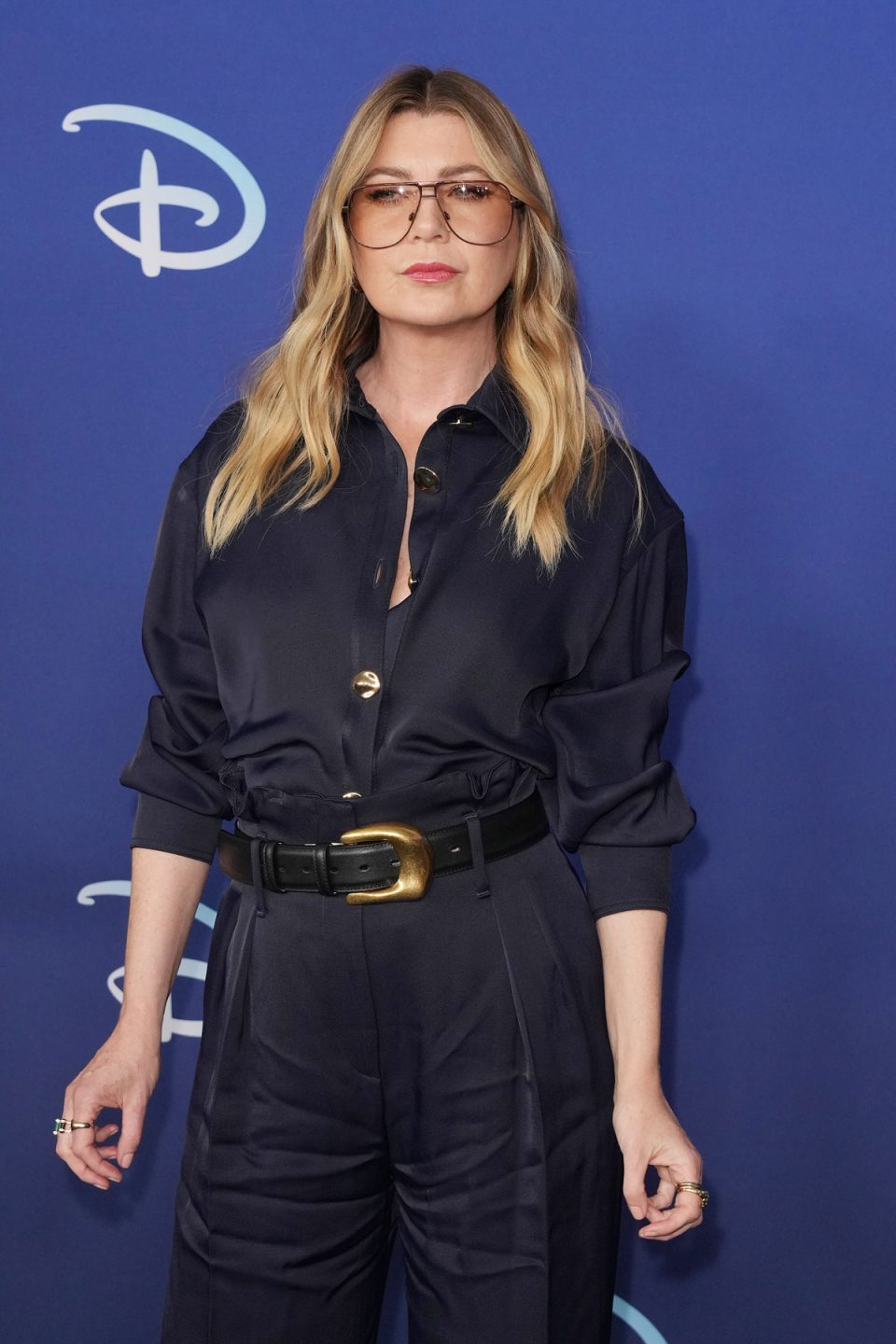 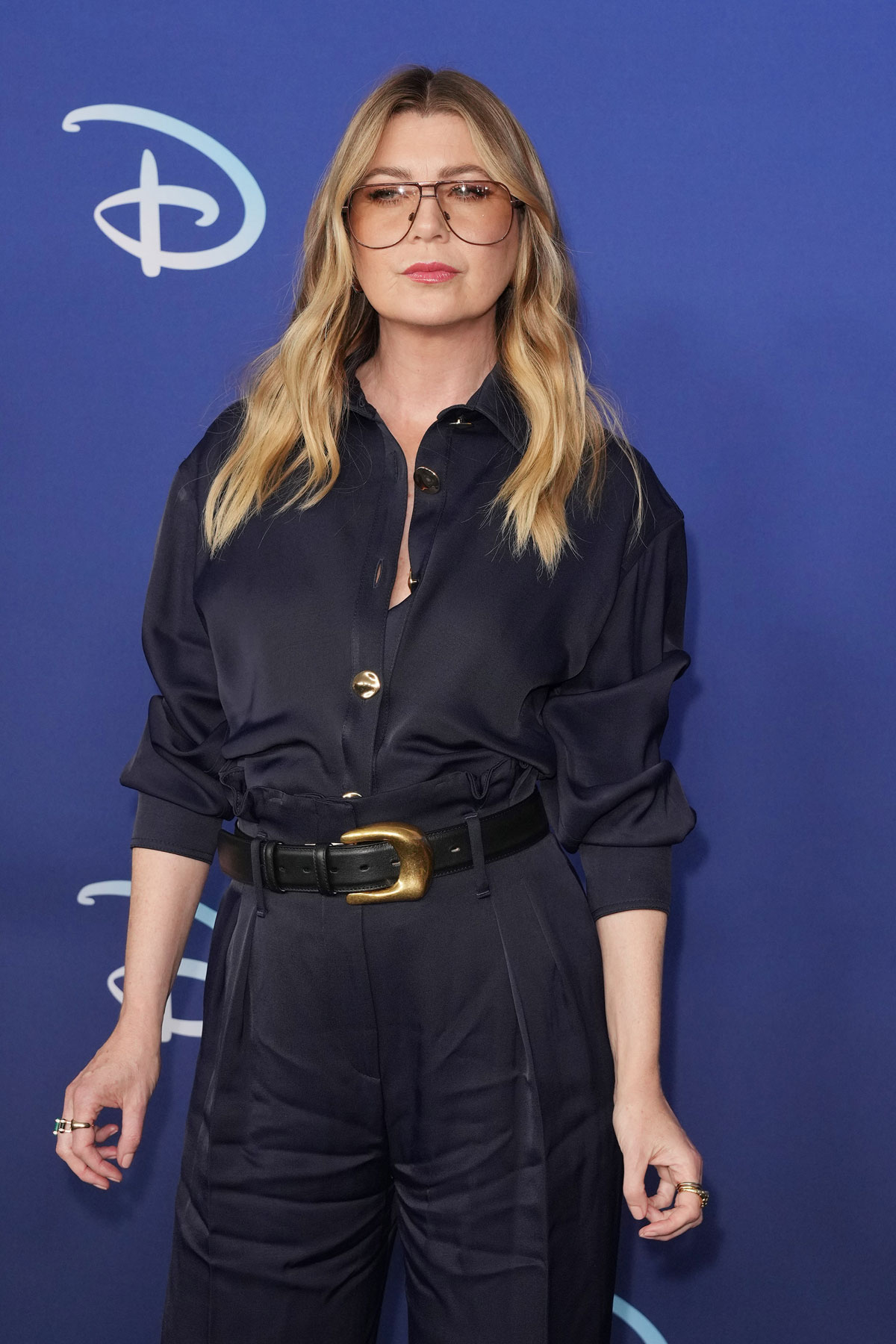 Last month, we learned that Ellen Pompeo would be taking a big step back from Grey’s Anatomy for the show’s 19th season. She’ll be appearing in only eight episodes in a 20-something episode season, though she’ll remain as executive producer. Ellen will be working on a new role in a Hulu series.

On Friday, Ellen and her former TV husband Patrick Dempsey were both honored as Disney Legends. I didn’t know this was a thing, but there was a ceremony with handprints and signatures and all. Ellen spoke to Yahoo! Entertainment about her upcoming quasi-departure and makes it very clear that she asked to step away from Grey’s.

As announced last month, longtime lead Ellen Pompeo, who plays the show’s namesake character, Dr. Meredith Grey, will have a reduced role in ABC’s hugely popular medical drama as the actress stars in a new still-untitled series on Hulu about the real-life American parents who adopted a Ukrainian woman posing as an orphan child.

In an interview Friday with Yahoo Entertainment at Disney’s D23 Expo in Anaheim, Pompeo shed more light on her decision to have limited screen time in the new season of Grey’s, saying that taking a smaller role was better than leaving the show altogether.

“The fans love the show, the company loves the show, and I always want to make everybody happy,” said Pompeo, who, along with former Grey’s co-star Patrick Dempsey, was honored as part of the new class of Disney Legends. “I don’t know if that makes me a people pleaser, or I need therapy. I don’t know what it means.

“The show inspires people to go into the medical field. It inspires young people to want to be healers and doctors. It’s an amazing platform, and I really love it. But there’s only so much of it I can do after 19 seasons. It’s a lot. And I’ve given the fans and the show so much of my heart and passion and energy, and if I don’t have that same level 19 seasons later, I don’t deserve to be in every single episode. The fans deserve people who are super-excited and happy to be there. And these news kids that we have coming in are very happy and excited to be there.

“I did want to step away, and they were gracious enough to hear me, and then they were also more gracious than that to offer me another role.” (Hulu is majority-owned by ABC parent Disney.)

It was pretty clear that Ellen wanted to step away, but I think this is the first time she’s specifically said it. I’ve always wondered why they’ve keep the show going for so long when it’s clearly past its prime. I figured Ellen did it due to her hard-won paycheck, the network did it because it still had an audience, and Shondaland did it just because they could. But it has been clear for a while now that Ellen doesn’t have the same level of passion and energy about her role and the show. It’s nice of her to frame it as not deserving to be in every episode instead of just saying she doesn’t want to be in it as much. We all know it’s the latter, but this framing is more respectful of the others involved in the show. It’s interesting that she says she wanted to step away and then they offered her the role on the Hulu show. Sounds like they were nervous she would want to quit completely, so the new role was a way to keep her happy but half in with Grey’s until they can see whether the show will survive without her. It seems like they’re transitioning toward this new class of interns, but I think it’s time to call it.

A few people have asked: Here’s the video of Ellen Pompeo crashing my interview with Patrick Dempsey, Dempsey taking my mic and stealing my job.