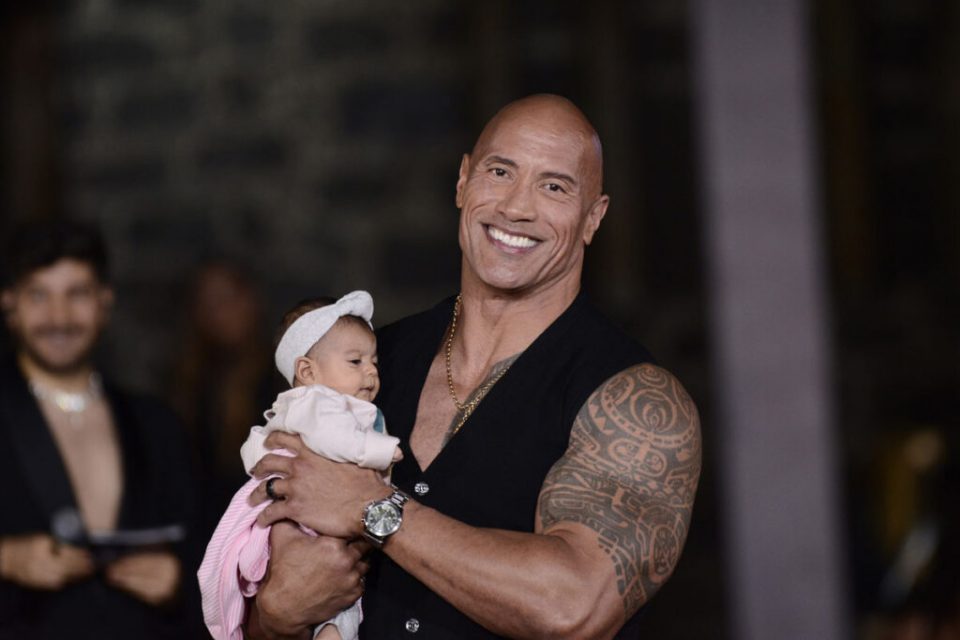 A while back, Dwayne Johnson started some mumbling about throwing his hat in the ring for the presidency. When DJ says he’s thinking about something, it usually means he’s planning on doing it. And that was an issue because DJ has no political background and instead of going back to school, interning or starting on a community level to learn politics, DJ wanted to skip the line to the top office. It was a disaster waiting to happen, I don’t care how much you like the guy. But lack of experience didn’t deter DJ, the more he ‘joked’ about it, the more polls suggested voters would back him. And simultaneous to all this foolish talk, DJ was producing a show about himself as a young kid who grows up to be – wait for it – president. It made many of us nervous

However, DJ appeared on CBS News Sunday Morning and ended his run for presidency before it began. Forever. He said he’s taking his political aspirations “off the table” so he can raise his daughters instead. And then he posted his promise to Instagram.

Dwayne “the Rock” Johnson is sharing more about his decision to not make a bid for the White House — despite, he says in a new Instagram post, being urged to consider the possibility.

The Black Adam star, 50, ruled out a run while speaking to Tracy Smith for CBS Sunday Morning, with the father of three daughters explaining that he was putting his family first. Along with raising daughters Jasmine, 6, and Tiana, 4, with wife Lauren Hashian, Johnson is also dad to 21-year-old Simone from his first marriage to Dany Garcia.

“It’s off the table,” the former wrestler told Smith. “I will say this ’cause it requires a B-side: I love our country and everyone in it. I also love being a daddy. And that’s the most important thing to me — is being a daddy. Number one, especially during this time, this critical time in my daughters’ lives, because I know what it was like to be on the road and be so busy that I was absent for a lot of years in my first daughter’s … life. And that’s what the presidency would do.”

But Johnson now says that he’s “not a politician, nor have I ever aspired to be one.”
In an Instagram post shared over the weekend, the action hero explained why he’s “choosing parenting over presidency.”

“With midterms here and a presidential election 2 years away, I’ve been approached by the most influential in politics on both sides of the aisle asking and supporting that I run for president,” he wrote late Saturday night. “It’s a humbling, grateful and inspiring feeling to even have these conversations, as I’m not a politician nor have I ever aspired to be one. But I am a patriot to my core, love my country and everyone in it.

“But being a father to my little girls is the most important thing in my life,” Johnson continued. “To raise ‘em and always be there, during these critical years in their life. I know what it’s like to not be there all the time as a father, because of an unrelenting work schedule. I won’t let that happen ever again.”

Well somebody’s been watching the Tom Brady divorce with a critical eye. This feels very deliberate, and I want to know what prompted it. Don’t get me wrong, I’m thrilled he’s put an end to this, but he could have just said no, I’m not running. He made a point about raising his daughters and being the father his wasn’t as his reason for not running. It reads like he’s sticking it to someone else, someone he thinks isn’t prioritizing their family. Or maybe Lauren Hashian did give him a Gisele-inspired warning to make more time for the family. Maybe there’s something else he doesn’t want to get out.

DJ saying he’s “not a politician, nor have I ever aspired to be one” is BS. That’s how we got in this mess to begin with, he floated the idea to see if anyone would bite. I’m bummed that he could have taken this Sunday Morning announcement as an opportunity to endorse the Biden administration or boost some of the midterm races that need it. But no, he just used the midterms to point out how much both parties wanted him.

And right after he tells us he’s not running for office, DJ is out here kissing babies. Of course, this poor baby needed a kiss and a cuddle after she was crowd-surfed into DJ’s hulking arms. This tweet made the rounds Sunday night, and it traumatized a lot of people. DJ was in Mexico promoting Black Adam when a baby was passed through a series of hands up to DJ on stage. He took the baby and cradled it, which made for a lovely scene, but we were all so freaked the hell out watching that baby travel through strangers hands, it was a little hard to appreciate. So DJ took to IG to try to explain that it’s okay, he wasn’t surprised by being handed a baby, because the baby’s dad had made eye contact with him first. And then somehow non-verbally asked DJ if he’d like to hold the baby. No! All of this is no. The good news is the baby is safe and will have a photo of herself being held by The Rock for the rest of her life – that she can sell to pay for the therapy she’ll need when she sees the video of how she got to him. 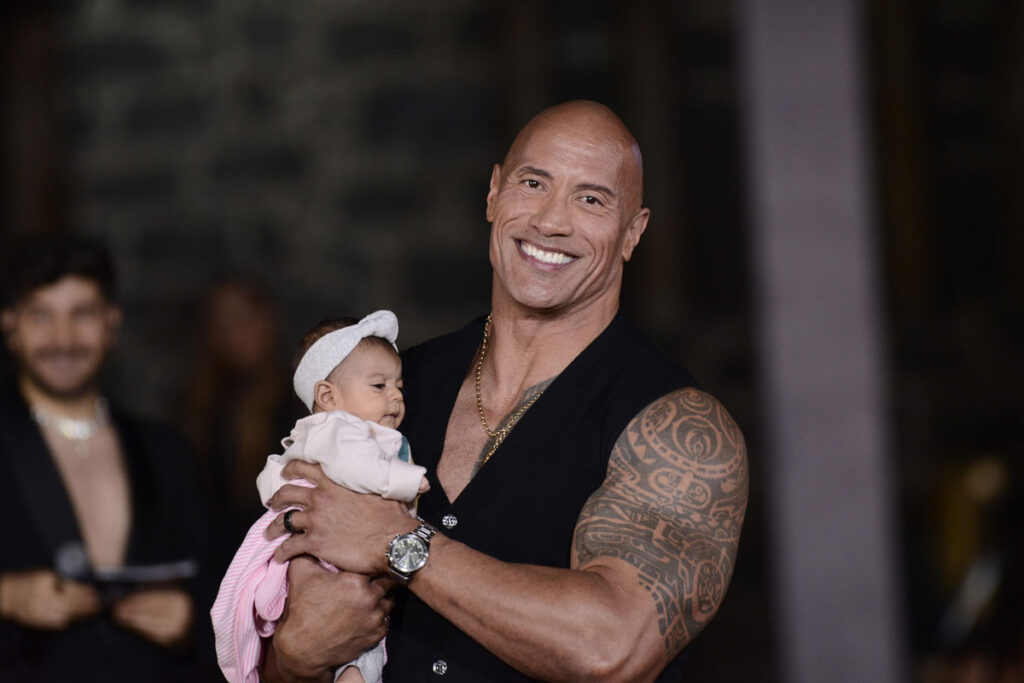 Reformation Favorites – With Love From Kat

bitchy | Tom Brady ‘feels very hurt by’ Gisele, ‘she is the one steering the divorce’

bitchy | Jennifer Lawrence: ‘I had such a feminist meltdown about changing my name’