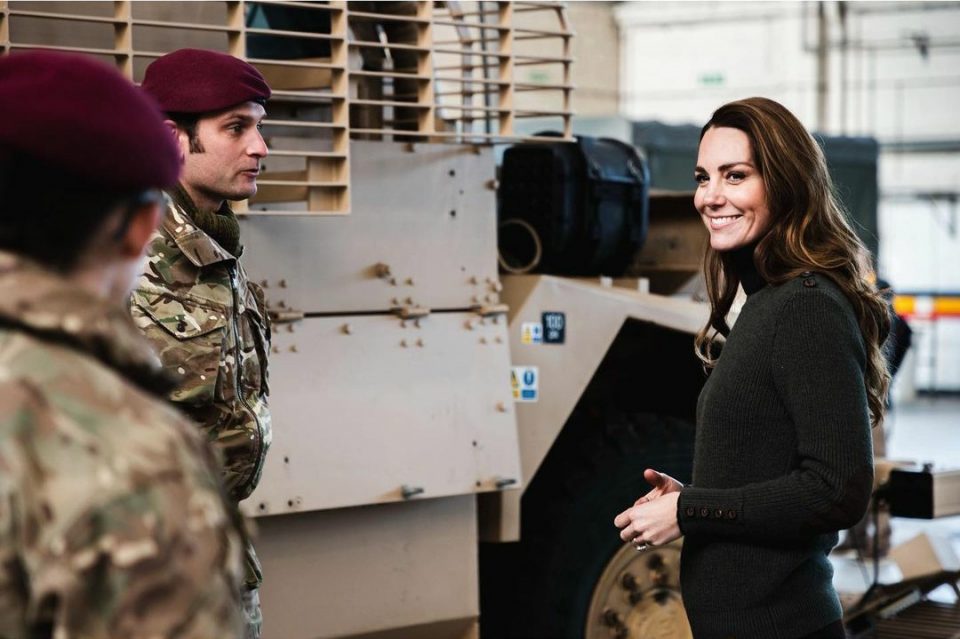 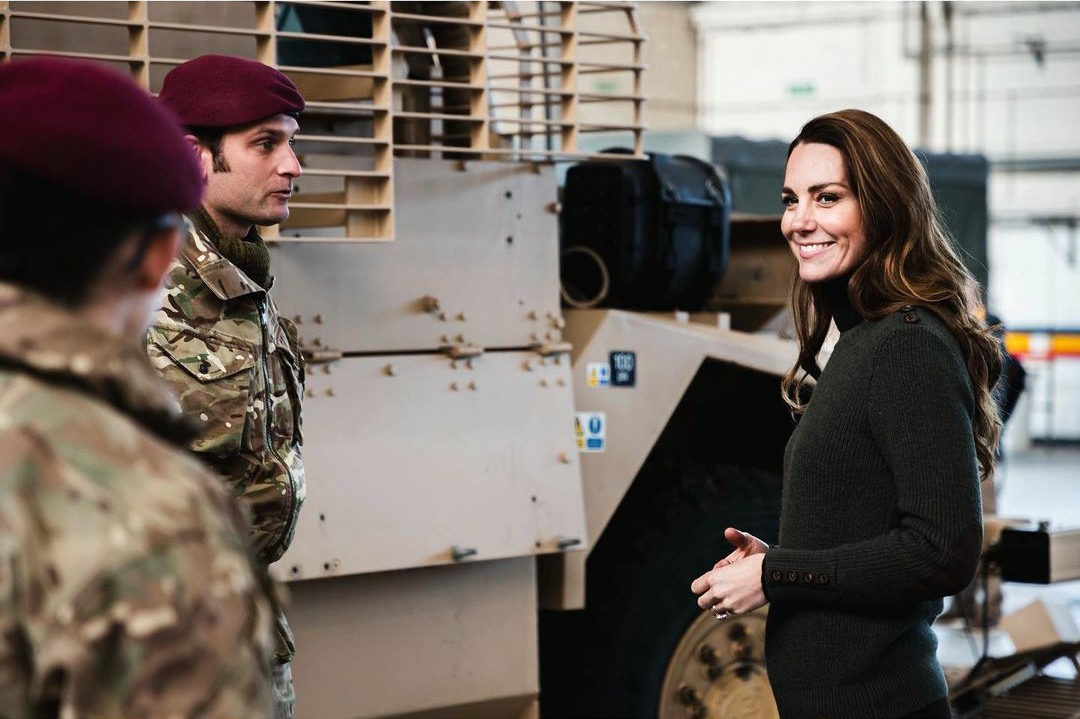 The Duchess of Cambridge loves to do solo events where she’s surrounded by men. Kate is, at heart, a total Pick Me Girl. I don’t even know how she was able to keep this event a “secret,” considering it involved all of her favorite things: being around men, buttons and posing for “action” photos. At some point in 2021, Kate spent time with British Army people and posed for “training” photos, which she released for Saturday’s Armed Forces Day. I’m sure she’s wearing a British Army regulation green turtleneck and I think there are sixteen buttons total, right? Four on each shoulder (eight total) and four on each cuff. Whew. Kate posted this message on social media:

Today on Armed Forces Day, William and I would like to pay tribute to the brave men and women, past and present, serving in all of our armed forces, at sea, on land and in the air, here in the UK and around the world. Thank you for all you and your families sacrifice to keep us safe.

Last year, I was honoured to spend time with the @BritishArmy to see how they train serving personnel and new recruits. It was wonderful to see first-hand the many important and varied roles the military play day in, day out to protect us all, and I look forward to discovering more about the @RoyalNavy and @RoyalAirForceUK in due course. -C

“I look forward to discovering more about the @RoyalNavy and @RoyalAirForceUK in due course” – that can be read in one of two ways. Either she’s about to get a new military patronage involving the Army or Navy or both, which I think is fairly likely, or she’s just promising to be keen somewhere down the line. Which is also very possible? I mean, she probably spent a few hours (LAST YEAR) doing photo set-ups at the training camp and then Kensington Palace just sat on the pics for more than six months. It’s not like they had an immediate plan, these are the equivalent of Kate doing “stock photos.”

bitchy | Maya Rudolph: ‘When I’m uncomfortable, I try to be funny’

bitchy | “Halloween is over, which means that it’s officially Mariah Carey Szn” links