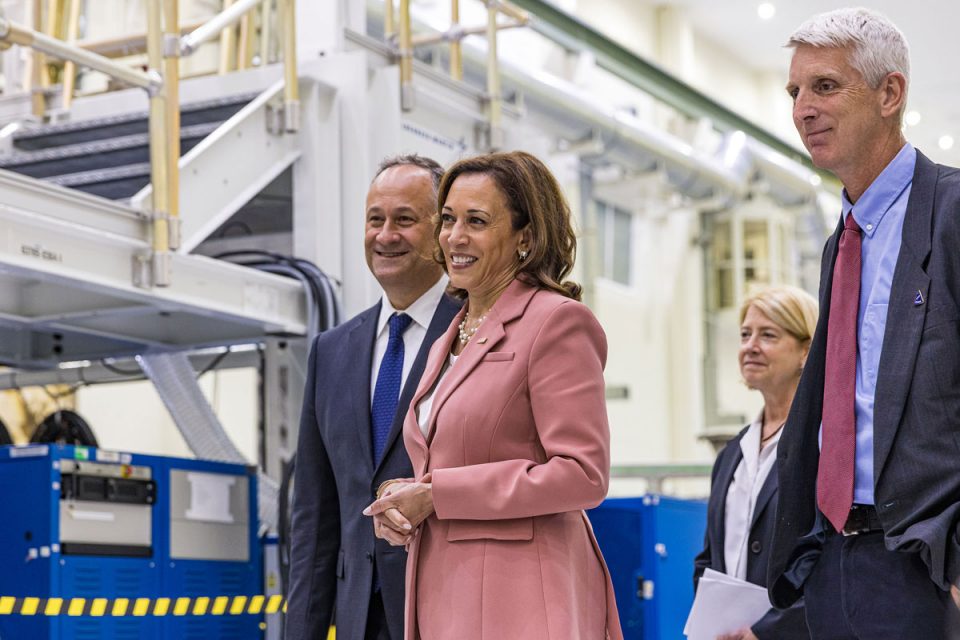 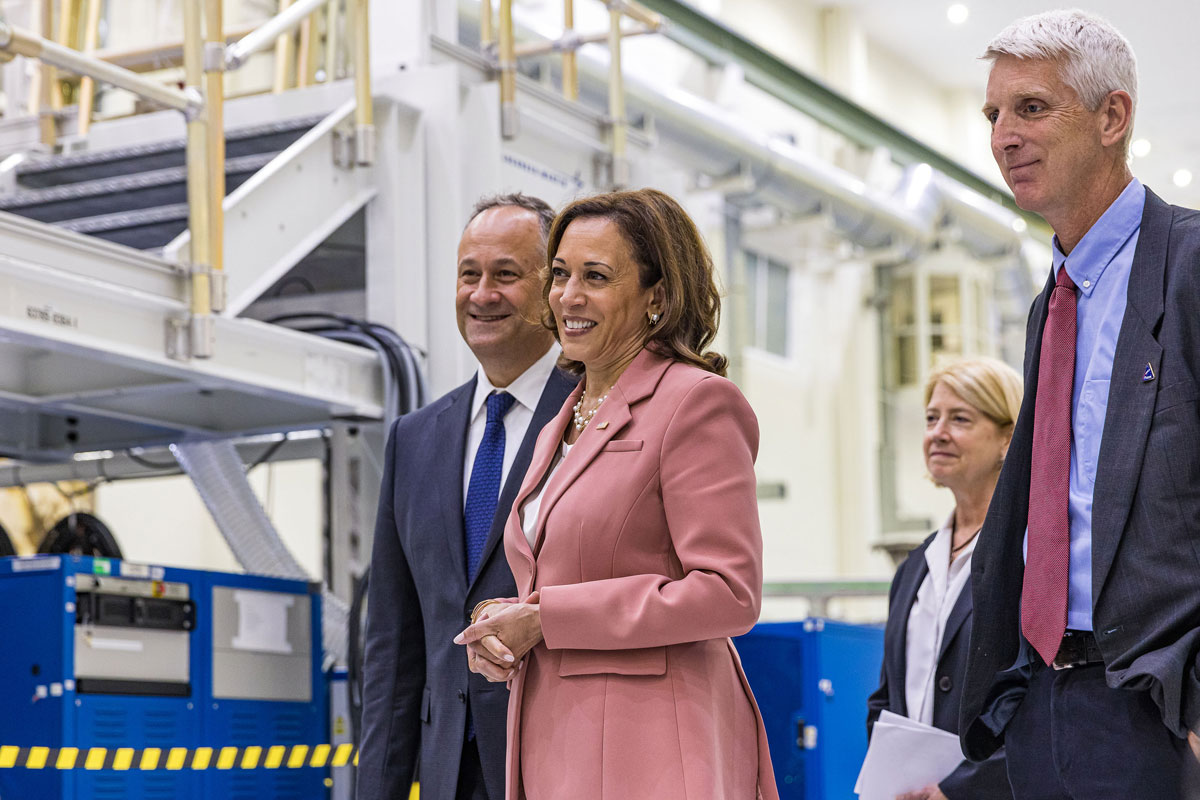 Doug Emhoff, Kamala Harris’s husband and the Second Gentleman, is a lawyer, a teacher and arguably the most visibly supportive husband in politics. Doug has been outspoken about the fact that his job is to support Kamala and that there’s nothing emasculating about that. It’s refreshing to see, and frankly as a woman in my 40s looking for a partner it gives me hope that I can have a similar relationship based on love and mutual respect. Doug has a new interview with CNN in which he spoke about toxic masculinity, his role as Second Gentleman, and what it means to support his wife and be a man. I came away with even more respect for him and wanted to talk about it.

Second gentleman Doug Emhoff wants to change what it means to be the “Second Spouse” – or, for that matter, the supportive partner of any woman in America.

“I want to be in a world where this is not unique,” said Emhoff, husband of Vice President Kamala Harris.

“It should not even be a big deal that I’m a man, going forward,” he told CNN’s Dana Bash,in an interview for her special series, “Being … The Second Gentleman,” which airs at 8 p.m. ET on Saturday.

“I’m here because I’m her husband. I’m here to support her,” he said.

Emhoff is, of course, nodding to the elephant in the room: He is a man in a role that has, up until the Biden-Harris administration, always been a held by a woman.

Almost two years into the position, though Emhoff accepts it is a badge of honor, he clearly does not want to embrace the stereotype that has long defined it, bristling slightly when asked by Bash whether he does the traditional activities a woman in his place may be expected to do, like picking out china patterns or doing the party-planning.

“Things like that, we’ll do together, my wife and I, the vice president,” said Emhoff, changing the subject to the work he actually does, such as fanning out across the country, listening on behalf of the administration to bring back to Washington insight on the issues facing the American people.

Emhoff has visited more than 40 states as second spouse and been an emissary on three solo trips abroad.

But what, exactly, is the job of a second spouse? Emhoff is clear in his answer: his primary role is that of support for his wife.

His brand of modern-marital equality is less and less unique, as the boundaries of cultural norms shift. But the fact that in 2021, when Emhoff’s wife took office, a man assuming the role of second spouse still had people surprised shows the slow change in American culture around the romanticized notions of politicians and gender roles. Emhoff is asked if he feels at all emasculated by the concept of being a husband in a supporting role.

“I have a very healthy ego,” he said, noting that being married to Harris and giving up his job in Los Angeles as an entertainment attorney to move to Washington, DC, in order to do that, doesn’t necessarily mean his ego has to take a backseat.

“It’s not about you. I’ll be on, I’ll be giving speeches, and one of the things I say is, ‘Men need to support women.’ One, it’s the right thing to do, and then, men, OK, you need to actually do it.”

Emhoff acknowledged he proactively thinks about destigmatizing the reversal of the traditional spousal power dynamic, and that he is very cognizant that he has a public opportunity to show how that works, and that it can succeed.

“Now that I’m in the role, and you really see not all men naturally would do this, and would push back, and there’s this, this, toxicity… this masculine idea of what a man is that’s out there that’s not correct… it’s something I just want to push back on,” he said.

Emhoff learned early on from his own father that masculinity has nothing to do with the power and profile of a job – his dad, Emhoff’s role model, was a women’s shoe designer in New Jersey.

The constant is I’m here for her. And that will never change.”

I’ve heard that toxic masculinity partially arose around military recruitment and propaganda during World War I and I. The ultimate sacrifice was presented as a personal choice borne out of “strength” and made without consideration for one’s family. PTSD was seen as a weakness that should be ignored and powered through. So many families and generations were affected by this, to put it lightly.

We’re gradually changing and challenging gender roles and Doug and Kamala are an excellent example. This is also something that should evolve with a couple – as one partner takes on more responsibilities the other can help as needed. We see the dichotomy of toxic masculinity vs. supportive partner in how Prince William and Prince Harry talk about their roles as husbands and partners. One has done the work to be vulnerable and present in their marriage. There’s a strength and peace in that which is so much greater than this inflexible, outdated idea of how men and women should be.