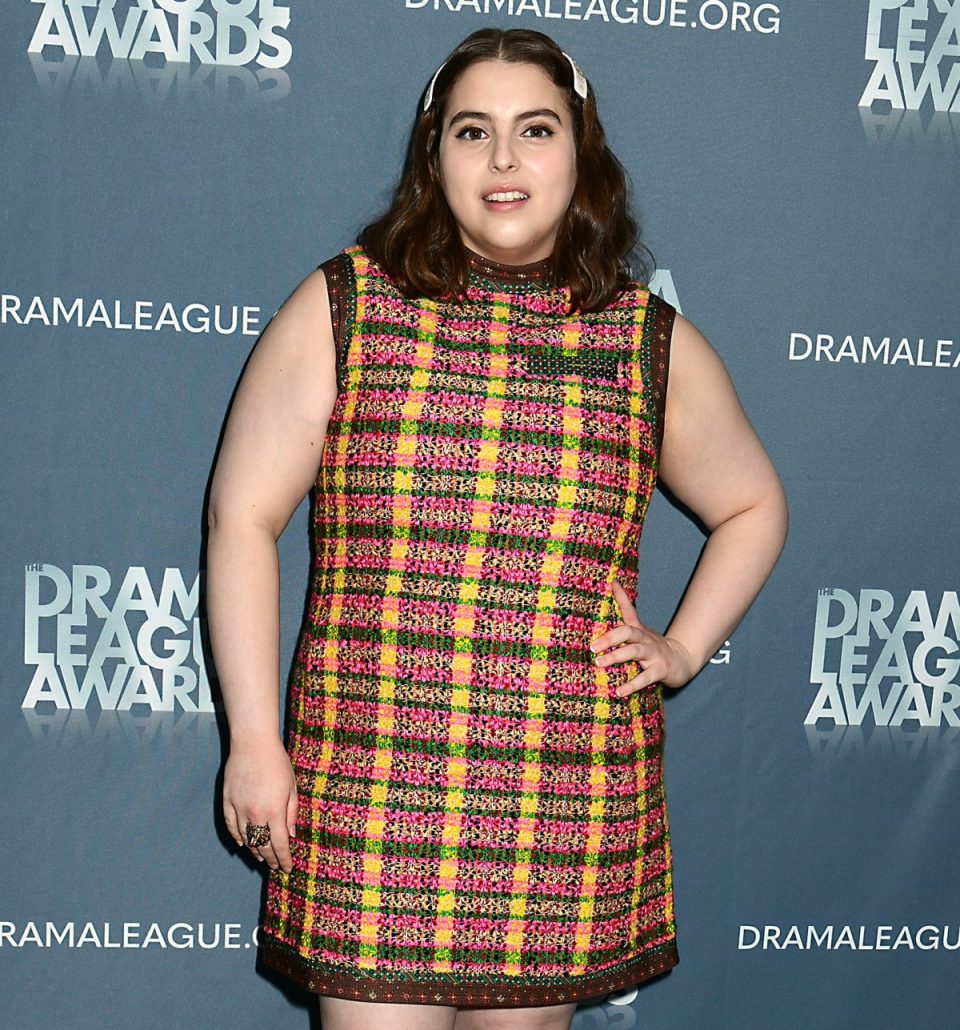 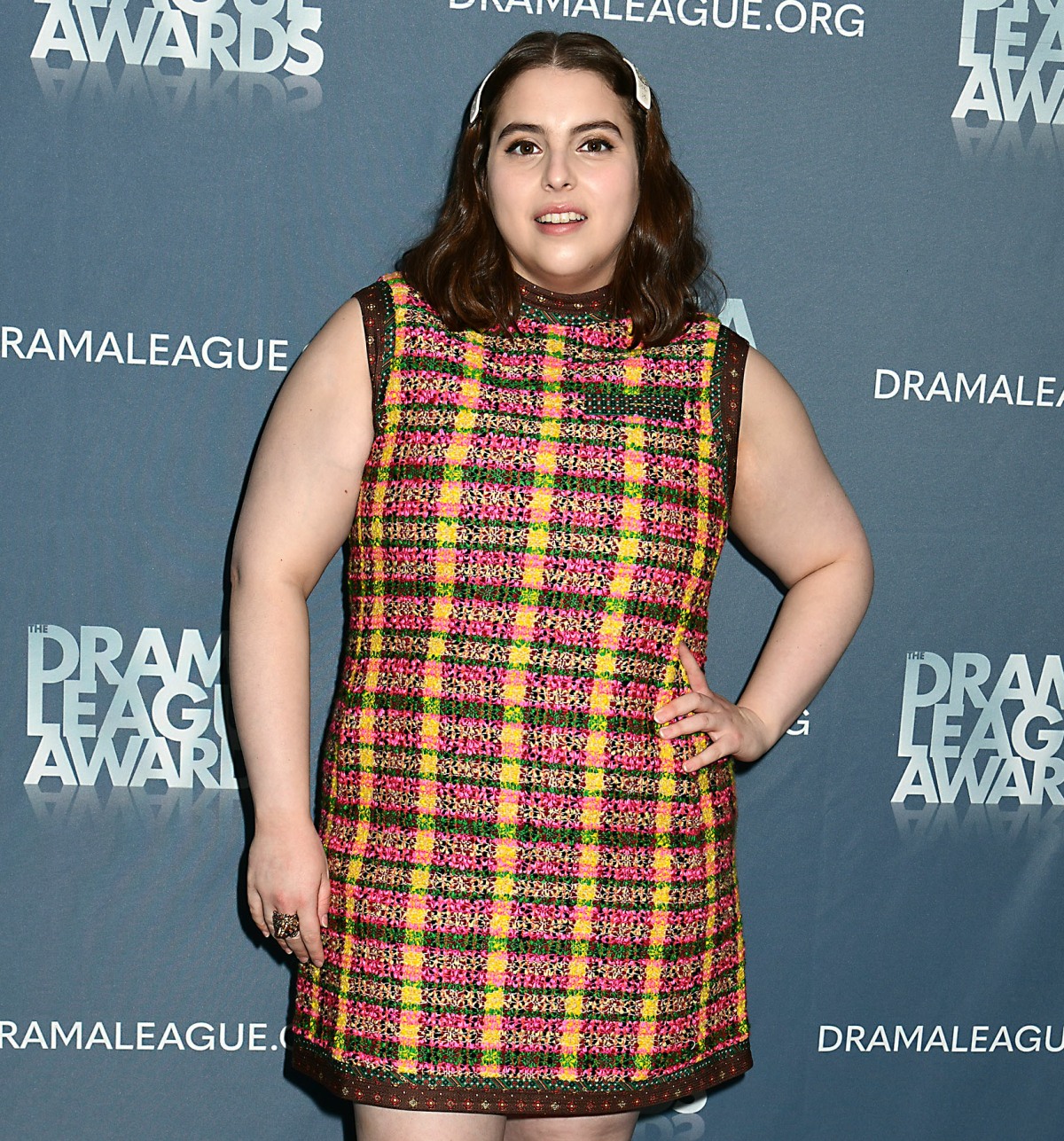 There are a lot of different parts to this story about the Broadway revival of Funny Girl, so I’m doing a couple of different posts about it. This post is about what happened with Beanie Feldstein, who was cast in the lead role, Fanny Brice, several months ago. At the time, people were excited about Beanie’s casting, and people were excited that Lea Michele did NOT get the role. Then people saw Beanie as Fanny and the reviews were pretty bad. Now Beanie is out – she either jumped or was pushed – and Lea Michele has been cast as Fanny, and Lea will take over the role in September. Page Six has some insider information on exactly what happened with Beanie:

Sources tell Page Six that Beanie Feldstein was “basically fired” from Broadway’s “Funny Girl” before abruptly quitting the show publicly on Twitter in a move that had producers “blindsided.” Feldstein, who played the lead role of Fanny Brice, announced via social media on Sunday she’d leave the show July 31, just four months into a contract that we hear was supposed to be for an entire year.

“Once the production decided to take the show in a different direction, I made the extremely difficult decision to step away sooner than anticipated,” Feldstein, 29, said in her bridge-burning post. The “direction” it seems, was away from her and towards replacement, Lea Michele.

A source tells us that following poor reviews of Feldstein’s performance and declining ticket sales, producers turned sour on the star and fell off the Beanie bandwagon.

“Producers basically fired her,” says the source. While sources say Feldstein had a year long contract and was supposed to play the role till April, the show posted in mid-June on social media, saying “14 weeks left to see Beanie Feldstein & Jane Lynch now through September 25th.” One source tells us it was thought that six months would be a good ending date since that was Lynch’s ending date.

Page Six previously reported that Feldstein’s shocking exit announcement on Sunday night left producers “blindsided.” Another source tells us producers were told just 30 minutes before it went up. “The social media post was her quitting after being fired,” says one insider.

“She clearly doesn’t give a s–t,” a source commented on Feldstein, noting that the post wasn’t a savvy move. But a source close to the production tells us, “The producers were absolutely aware she was making this announcement and they approved that language. An email went out yesterday from the producers letting the rest of the company know her last performance date and that the information would be released. It was not a surprise to anyone.”

Another Broadway source tells us the “Booksmart” actress feels “betrayed.”

“The entire creative team built a brand around a new type of Fanny for a new generation,” the source said. “Now, they’ve turned on her and kind of points fingers at her like she’s the reason the show isn’t working.” They added: “Beanie feels attacked by everyone around her. She’s like, ‘You brought me here in the first place!’”

“It’s not that Beanie is untalented,” says one source. “It’s not her fault. She was poorly cast.”

Yeah, many reviews of the show didn’t believe Beanie was the right person for Fanny. The role demands a certain kind of voice, and Beanie was apparently incapable of singing those beloved, famous songs. Now, all of the drama about whether Beanie was fired or whether her social media statement was a stupid, unprofessional move? I don’t know. While Page Six doesn’t mention this, I’ve heard some rumors that Beanie’s unprofessional behavior included calling in sick too much, which gave her understudy a chance to shine (All About Eve-style) and people kind of liked her understudy more? I also think Beanie AND the producers saw the writing on the wall for months/weeks and it was probably more like “this isn’t working/yes, I agree.”