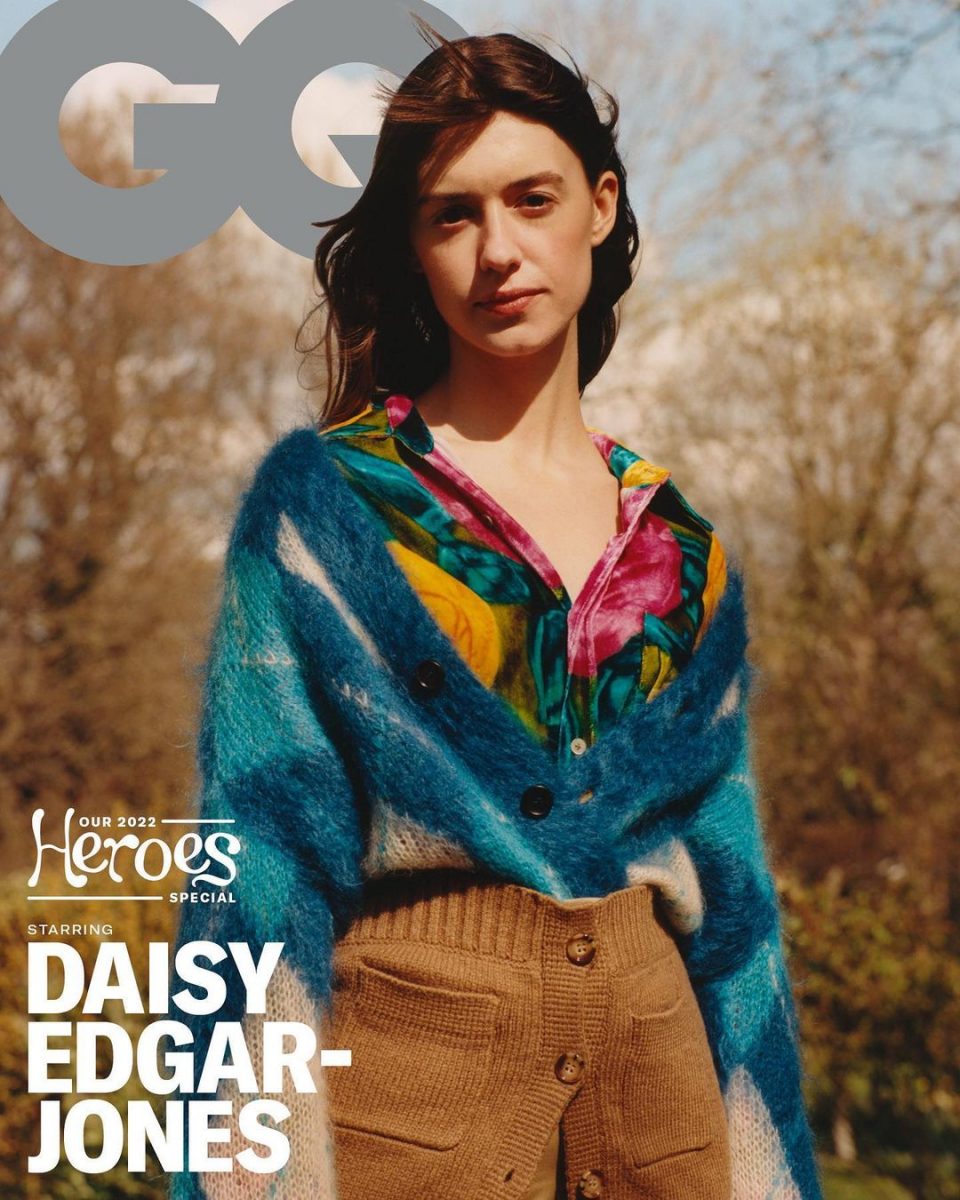 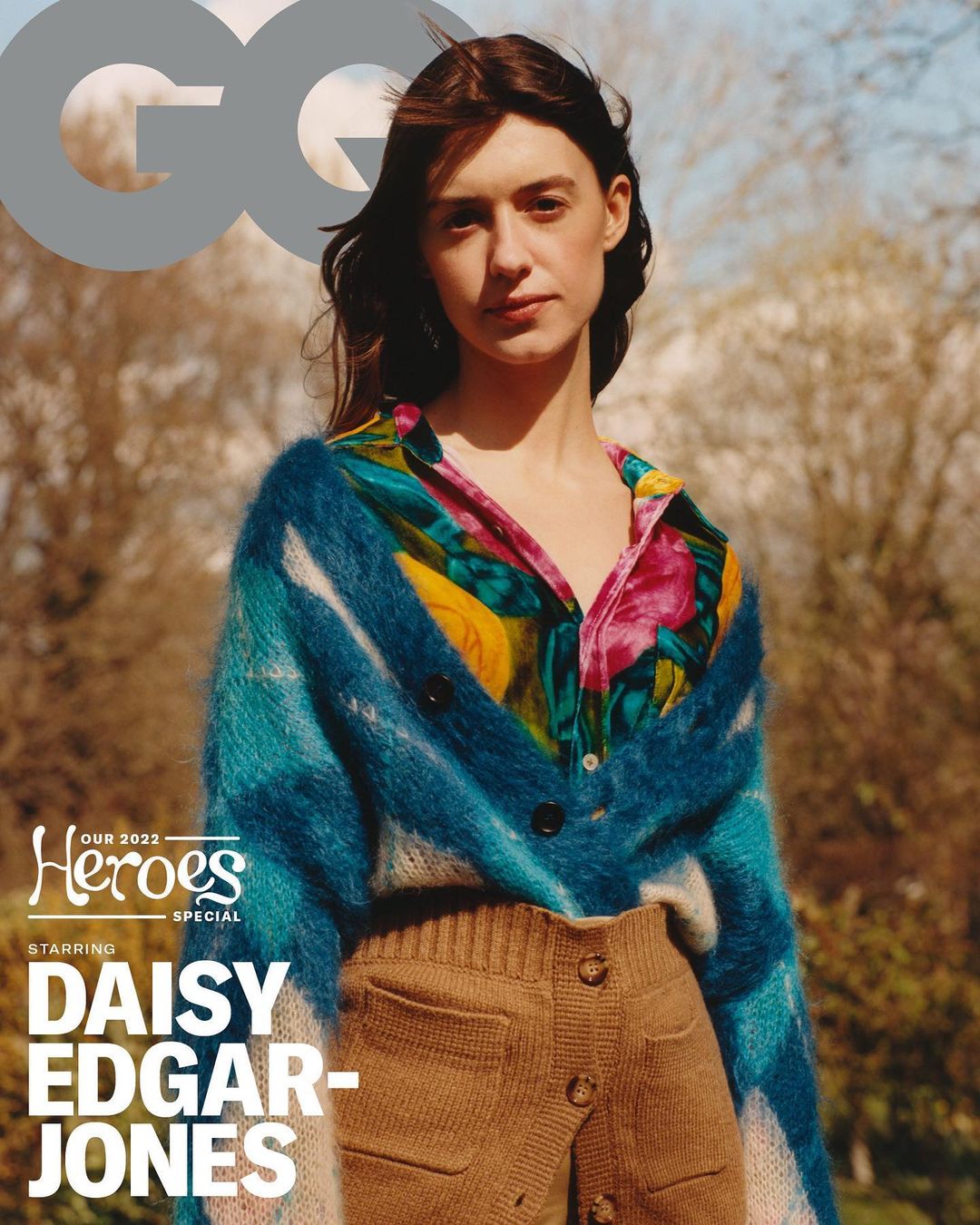 Daisy Edgar-Jones is a British actress who is in the middle of one of those huge career breakouts which will likely turn her into a household name. She was in Normal People, War of the Worlds and Cold Feet, and recently in a supporting role in Under the Banner of Heaven. Next up: the film adaptation of the bestseller Where The Crawdads Sing, and the feminist horror film Fresh, with Sebastian Stan. In Crawdads, Daisy is the lead, the “swamp girl” who lives alone in the swamp. I watched the trailer and I thought they cast someone completely new, but no, she’s just British. She gives me “young Anne Hathaway” vibes, am I alone? Anyway, I enjoyed this GQ UK cover story with Daisy, she sounds interesting, hard-working and pleasantly neurotic. Some highlights:

She is an only child: She spent much of her childhood immersing herself in imaginary worlds alone, or closely observing the grown-ups around her. As an only child, she explains, “You learn how to behave around adults from an early age. Because you’re not sat at the kids’ table, you’re sat with the adults, being quiet and listening.”

Acting gave her confidence: “When I was a teenager, I really believed in myself when it came to performance – in a way that I wish I actually still had. I really was like: I know what I’m doing in this arena alone. Everything else, I don’t, really.”

Why she liked doing ‘Fresh’: Edgar-Jones describes Fresh as “an allegory for the commodification of women” as well as for “the disposability of dating culture – that feeling of shopping for a partner.” She and [director] Cave had long conversations about how women are taught to dismiss their deepest instincts and fears in order to be polite. “We live with an awareness of threat that is just so ingrained and normal that you don’t even clock it. It’s the risk factor of dating as a woman: worrying about wanting to be open to meeting someone new, but also being so aware of the risks involved in letting somebody in.”

Trying to learn how to be less self-critical: “I’m just really self-critical and it’s boring! I’m trying not to be that way. When do you get to the stage of just being like, ‘It is what it is’? When do you get to that point? I don’t know… some people just seem to be able to do that. I’m a very needy actor, I think.” Her worry, she explains, is, “letting people down. Being the reason something is bad. Or just not doing my best.”

Men and women even look in the mirror differently: “More often than not, a man can see themselves as a whole. A woman will focus in on the tiny details, and won’t see her full face.” What does she see first when she looks in the mirror? “My mousta–” she laughs, not quite finishing the word. “No, no, no, my…” she gestures to her chin and jawline. “I used to suffer from terrible bouts of acne.”

As an only child, I can speak to what she says about learning how to behave at a young age and sitting quietly and listening. Or not listening. I have a rich inner life still, to this day, because I was an only child. I’m also able to tune people out like I’m flipping a switch because of a childhood spent around adults talking about boring sh-t. She’s also right about women not seeing their whole faces or their complete selves, because we’re too busy looking at this imperfection or that stray hair. The self-critical thing is something she’ll grow out of – she’s only 24, a lot of people are just like that in their teens and early 20s. Anyway, she seems like an interesting person. We’ll be seeing a lot more of her in the months and years to come.