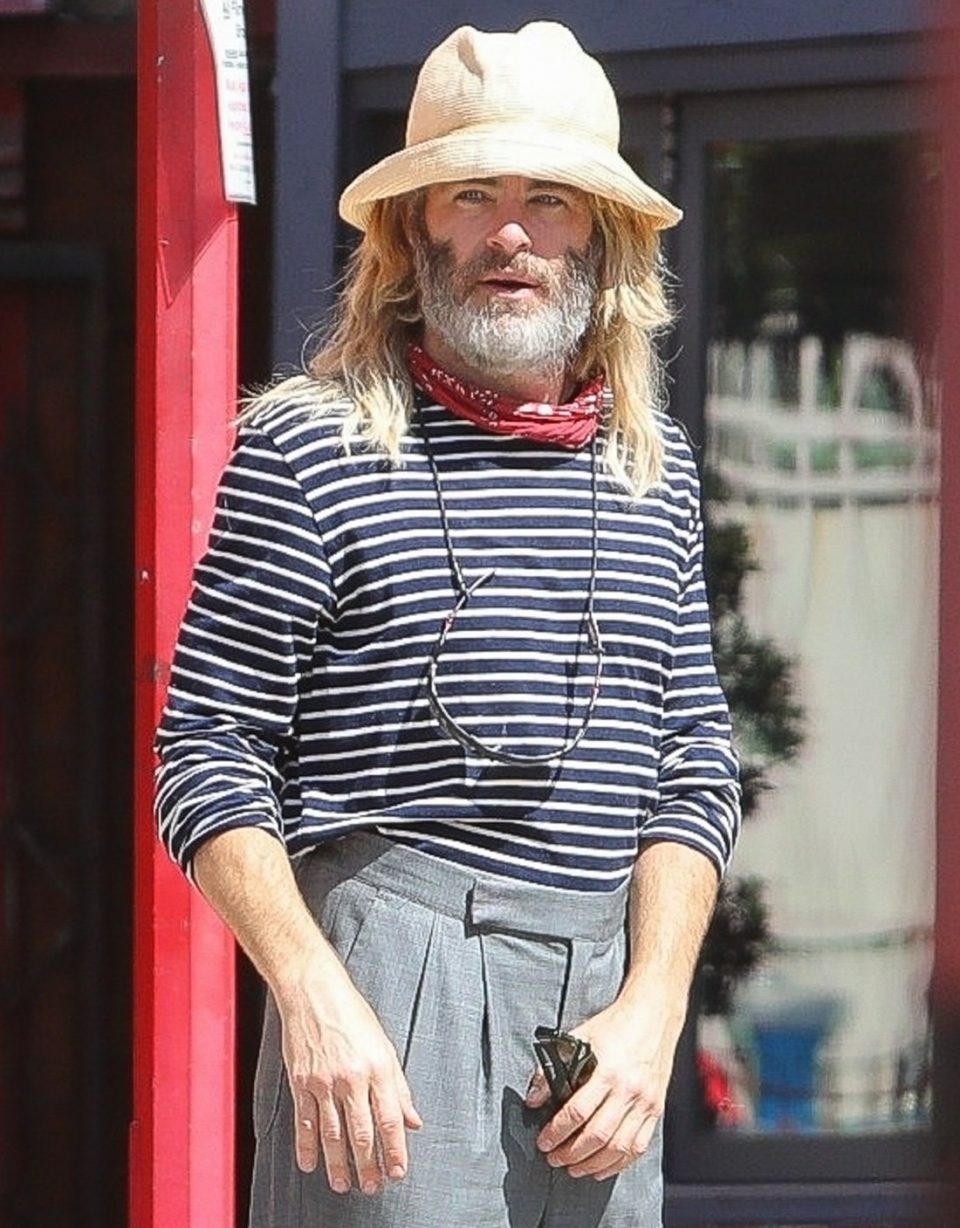 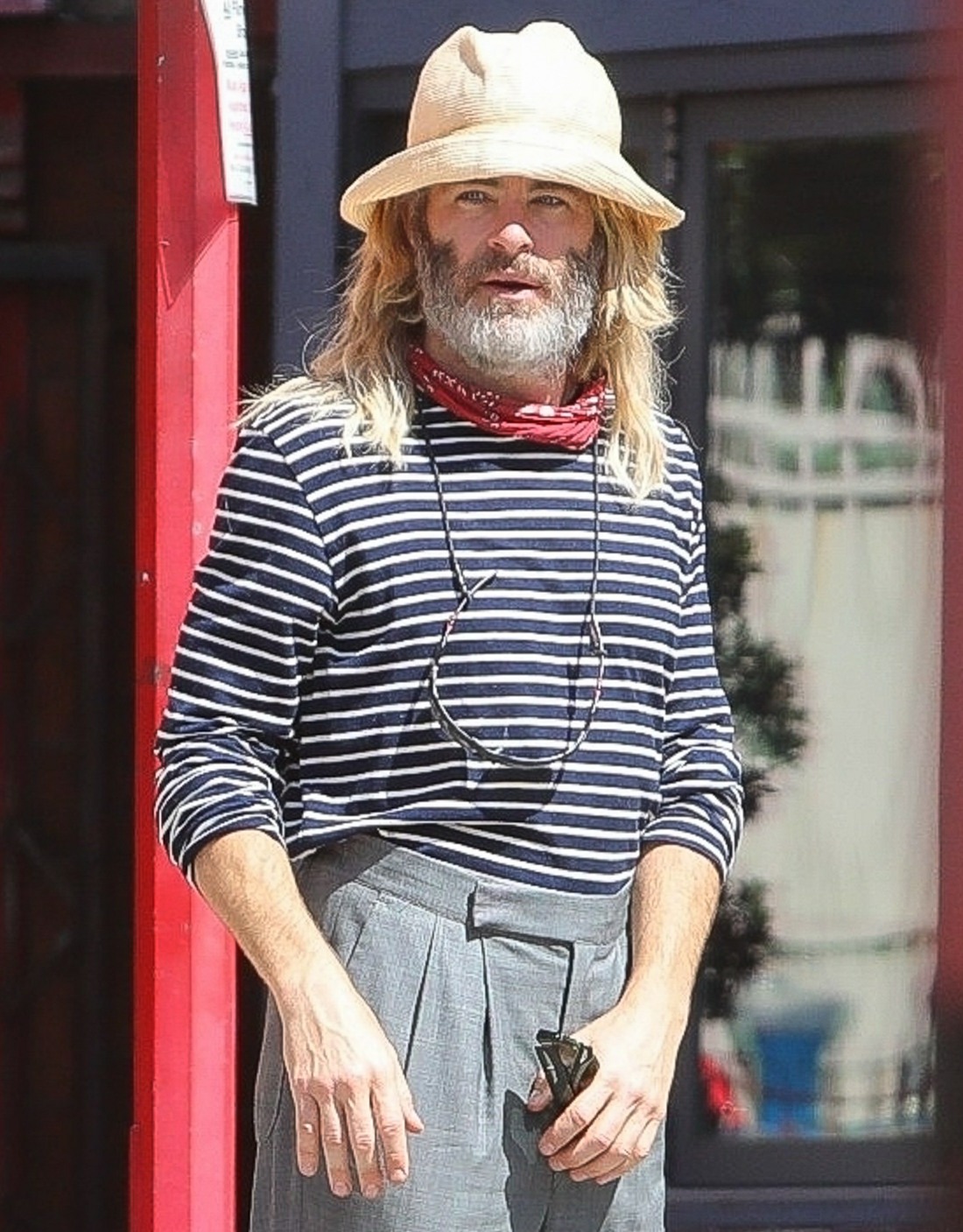 Chris Pine was photographed yesterday in LA. Yes, these are those photos. This is what Chris Pine looks like now. A few months ago, I think I called him a dulcet-voiced grey wolf. Nowadays, he looks like a mangy grey wolf. Like, I can deal with the beard actually. The beard is too big and bushy now, but I know there’s a handsome dude under all that fur. But the long hair? The bad pants? Nooooo.

In truth, I think the bad outfit is likely a costume? In these photos, Chris was working on Poolman, which will be his directorial debut. He also stars in it. Per IMDB, Poolman “follows a hapless dreamer and would-be philosopher who spends his days looking after the pool of the Tahitian Tiki apartment block in sunny LA. When he uncovers the greatest water heist, he does what he can to protect his precious LA.” My guess is that he’s going for a Jeff Bridges-as-The-Dude vibe.

So… all that being said, I would still hit it. I might gag a little, but I’m willing to go there. 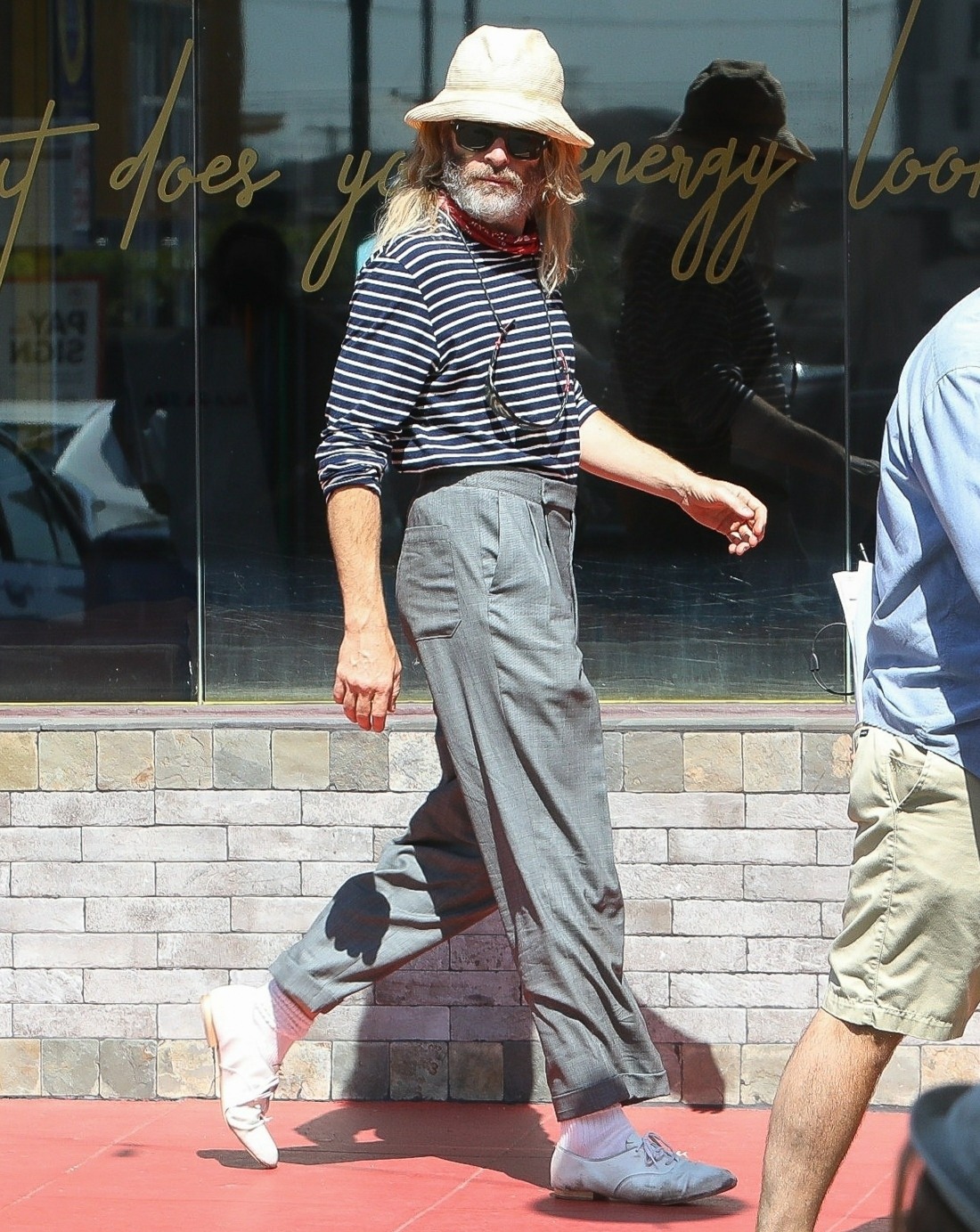 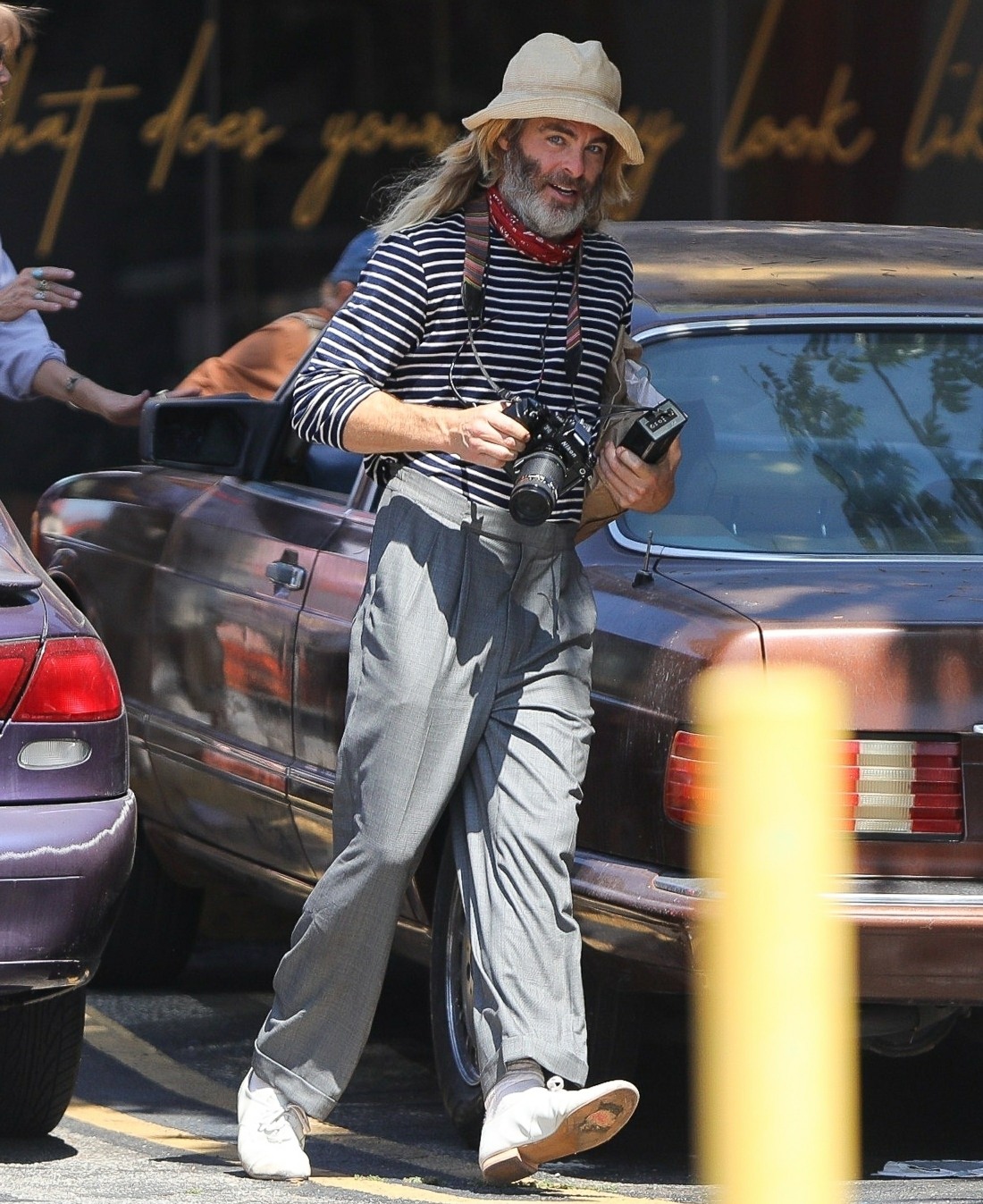 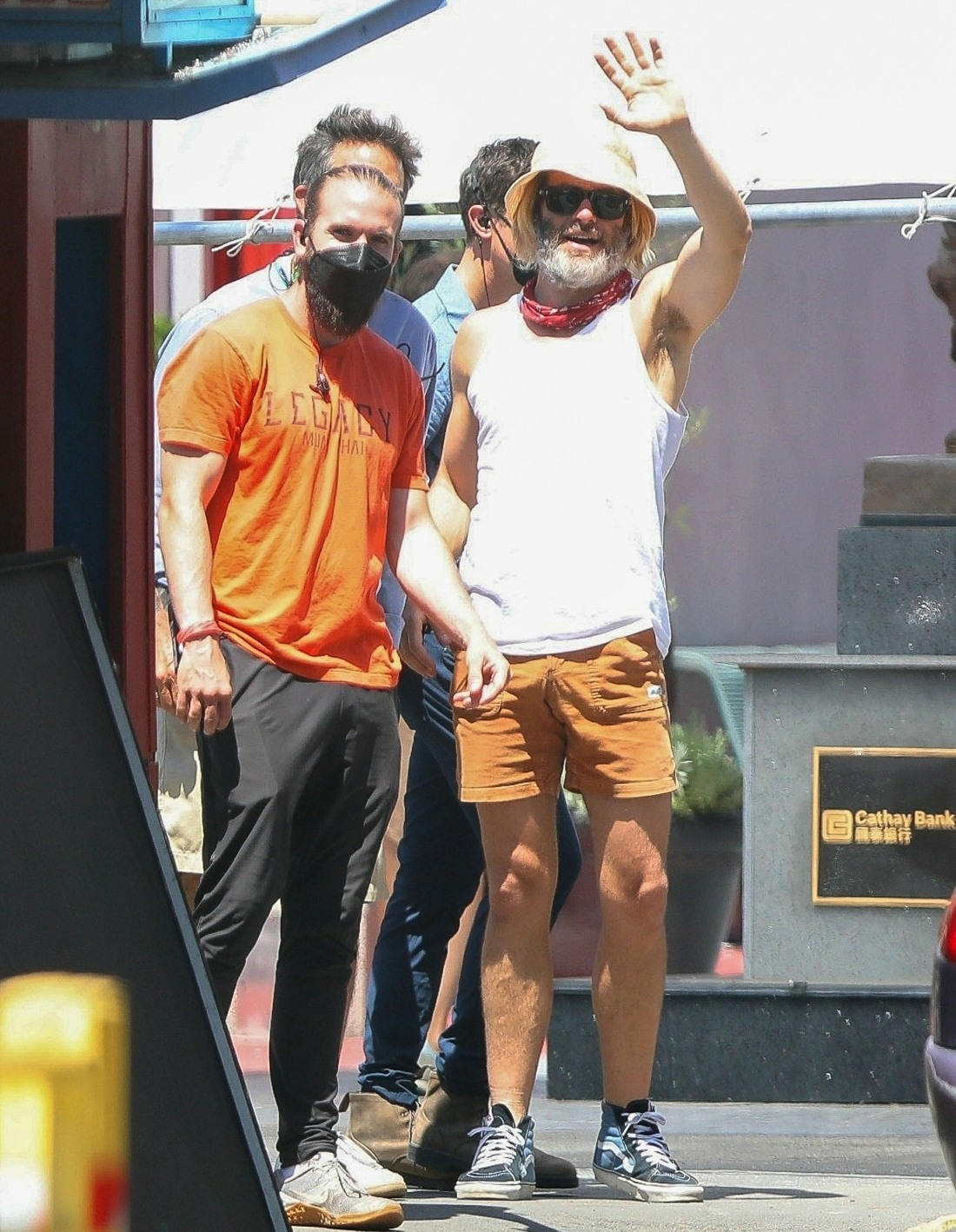 bitchy | Prince William’s Earthshot Awards will be about ‘quiet wealth & power,’ not glamour