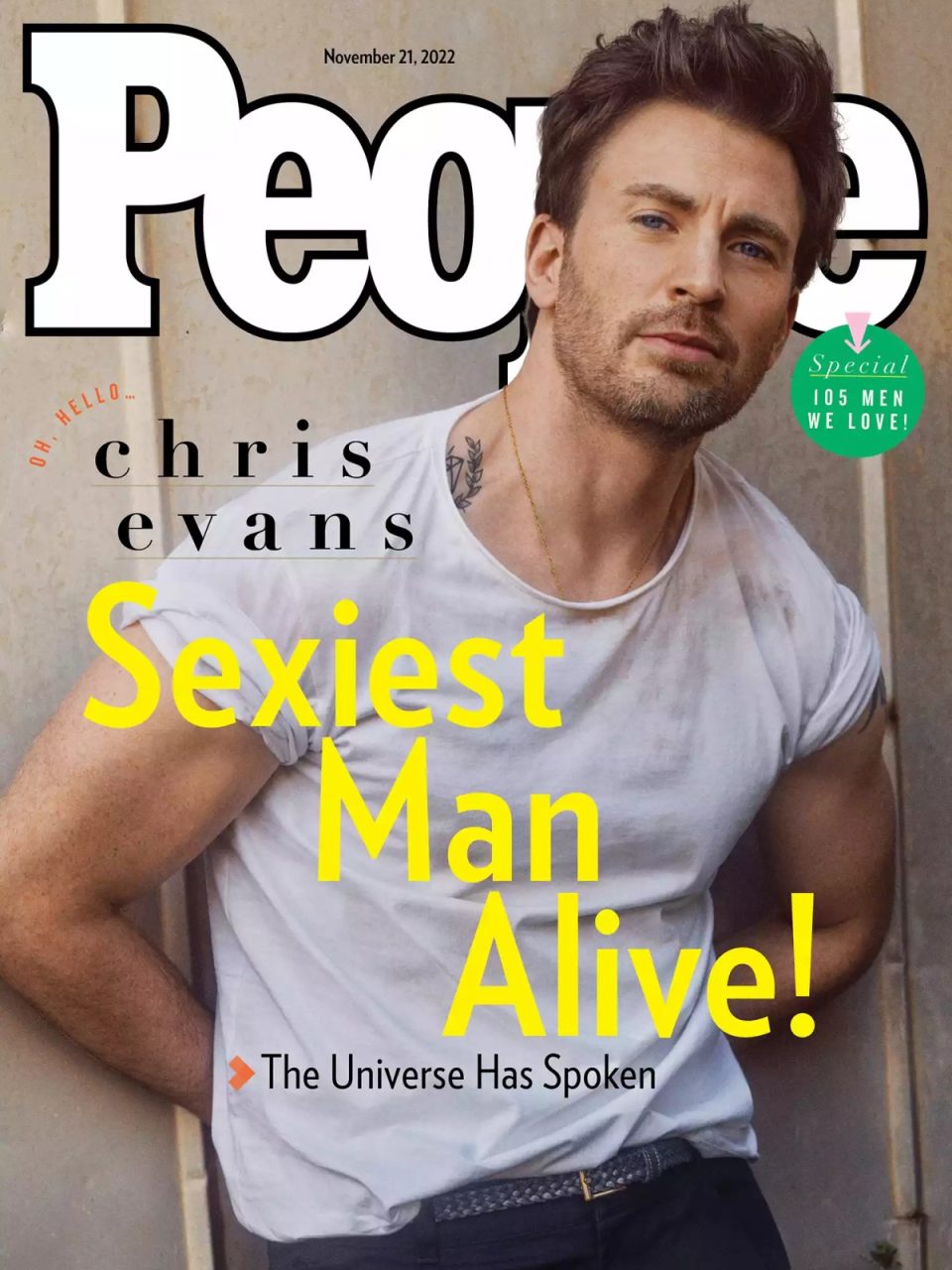 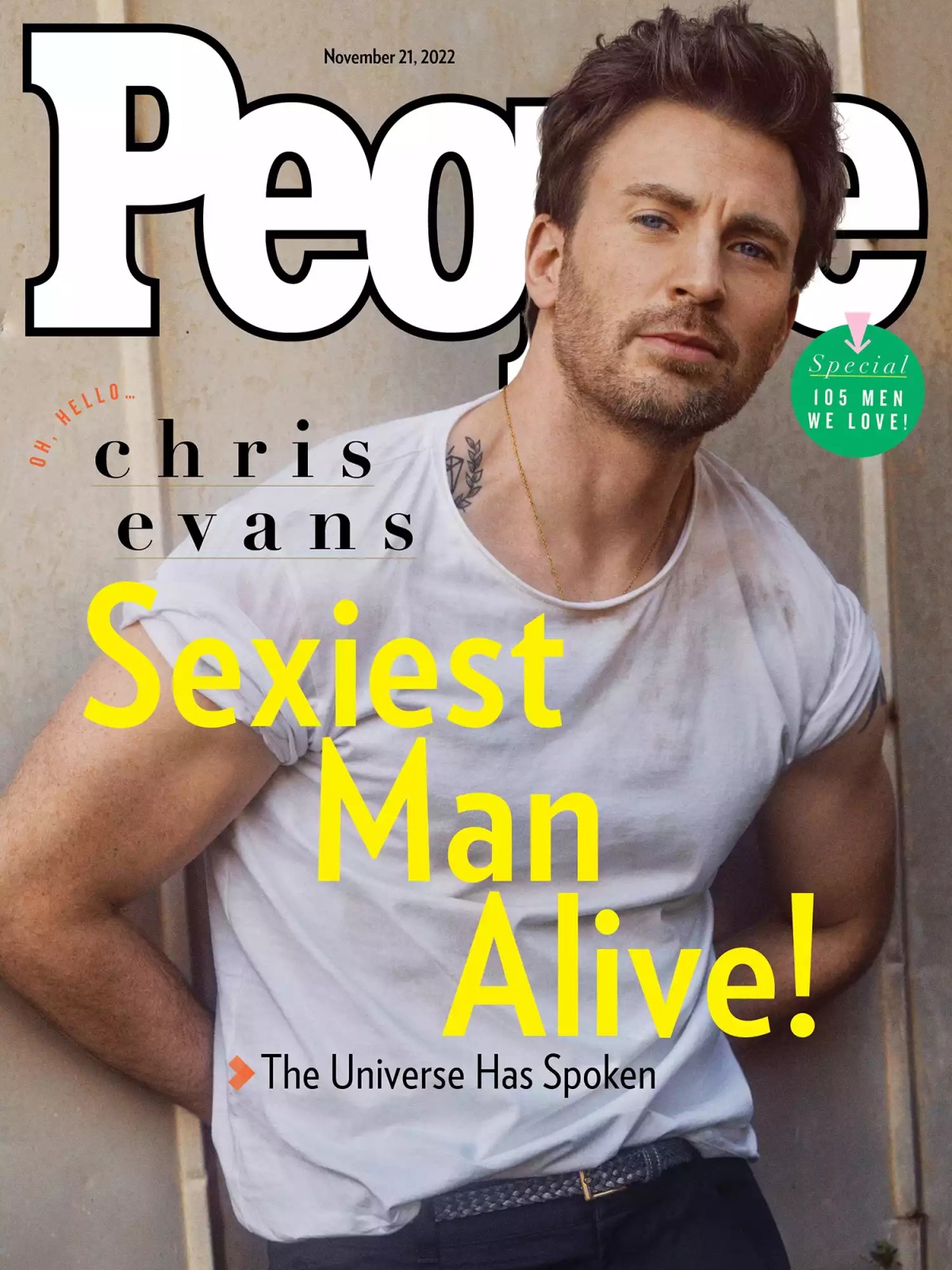 Chris Evans is our nation’s Sexiest Man Alive, at least according to People Magazine. I’m already seeing some complaints about this pick, but honestly? Evans probably should have been chosen as SMA years ago, during his Marvel years, when people were lusting over him 24-7. Nothing was worse than when People Magazine chose Adam Levine and Blake Shelton as SMA, come on. I still don’t know what it will take to get Chris Pine the SMA title though. Anyway, as I mentioned yesterday, Chris Evans’ pickup line has been “but I really just want to get married and have babies” for years and years. As long as I’ve written about Evans, he’s said that in interviews. Just because it’s his pickup line, doesn’t mean it’s untrue though, and he once again leans into that “nice guy just waiting for the right lady to wife up” persona in the People interview. Some additional highlights from Chris’s People interview:

How he chooses his roles now: “When it comes to seeking out the people I play it’s more of an issue of where the movie shoots. I’m too old to be living out of a suitcase for six months and I’ve settled into a nicer phase where I’m just happy being at home.”

He’s “very content” right now, but he yearns for marriage & fatherhood: “That’s absolutely something I want. Wife, kids, building a family. When you read about most of the best artists, whether it’s actors, painters, writers, most of them [admit] it wasn’t the work they made [that they are most proud of], it was about the relationships, the families they created, the love they found, the love they shared. So it’s also something through my long 41 years that also rings true. Those things are the most important. I love the idea of tradition and ceremony, I had a lot of that in my life so the idea of creating that, I can’t think of anything better.”

He thinks he’s a better romantic partner now than in his youth: “You spend a lot of time learning what’s been helpful and what hasn’t been. We all have patterns, hang-ups or baggage that repeat and echo, so I’ve really been able to kind of identify where I need improvement and what works. I also really see the value and strength behind saying, ‘I’m sorry.’ If you’re able in those vulnerable moments to stay calm and listen, and say you’re sorry even if you don’t think you’ve done anything wrong because it’s not from your perspective it’s from the other person’s I think that opens up a door in a very healthy way.”

What he values in a partner: He says that what he values most in a partner is “vulnerability and humility…I don’t like to argue, I don’t like to raise my voice, or any forms of manipulation. I find a certain level of humility sexy but that doesn’t necessarily mean physically at all. I just think it’s very wise to recognize that you might not know [everything]. It’s wise to recognize you could be wrong. It’s wise and mature to be able to say ‘I’m sorry I made a mistake,’ to be vulnerable and not always be looking for the argument or take things to an argumentative place. That takes a lot of maturity and I find that very sexy.”

He’s romantic: “I think declarations of love are great. I love love. I’m a bit of a sap like that. I like being sentimental, I cry pretty easily. At a good song, nice sunset, yeah, my emotions are bubbling.”

One of my favorite parts of the original Sex and the City series was the point when Carrie was dating Aleksandr Petrovsky and she and the girls are talking about whether she actually ever wanted marriage and children, and this is after Petrovsky basically takes that off the table for her. Carrie is like “if I really wanted those things, wouldn’t they have already happened, wouldn’t I have already made it happen?” I think that conversation a lot, about what we tell ourselves we want versus what we actually go out and make happen. (It was an imperfect show, but I loved that storyline.) As for how that conversation relates to Chris, I think… if he really wanted to be married with kids, it would have happened already. To borrow another SATC line, his light isn’t on yet. He isn’t “ready.” Again, I’m not saying he’s a douche to women, but he strikes me more of a closeted commitment-phobe and serial dater more than anything else. There’s nothing wrong with that, but I’m just pointing out that this is his shtick, this is how he wants to present himself, as a romantic longing for commitment. When the reality is probably quite different. 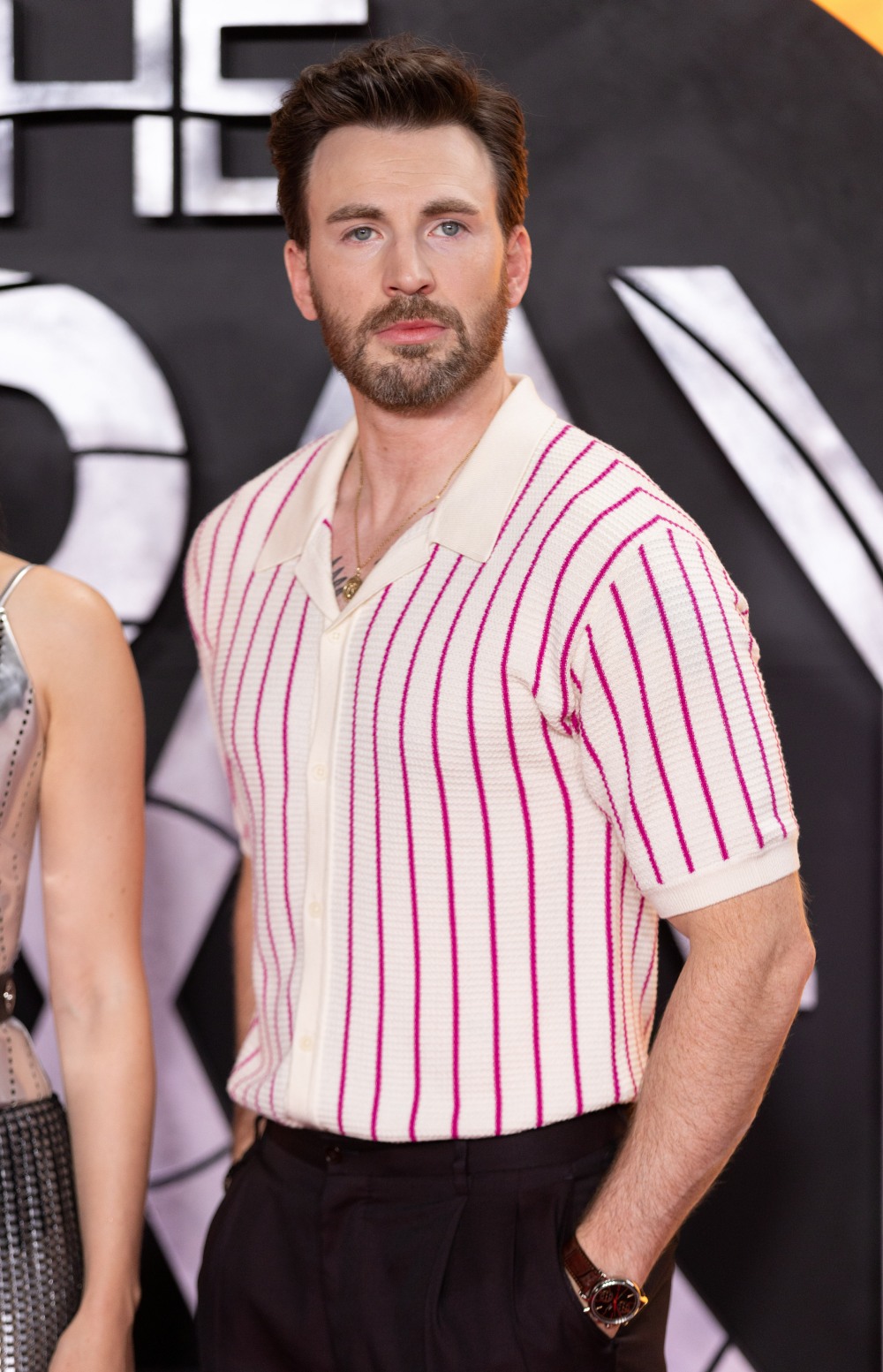 Hollywood, CA – The Netflix Premiere of ‘The Gray Man’ at the TCL Chinese Theatre in Hollywood, California.

bitchy | Liz Truss’s phone was hacked by Russians over the summer, before she was PM

bitchy | Norway’s Queen Sonja: ‘Americans have no idea what a kingdom is’