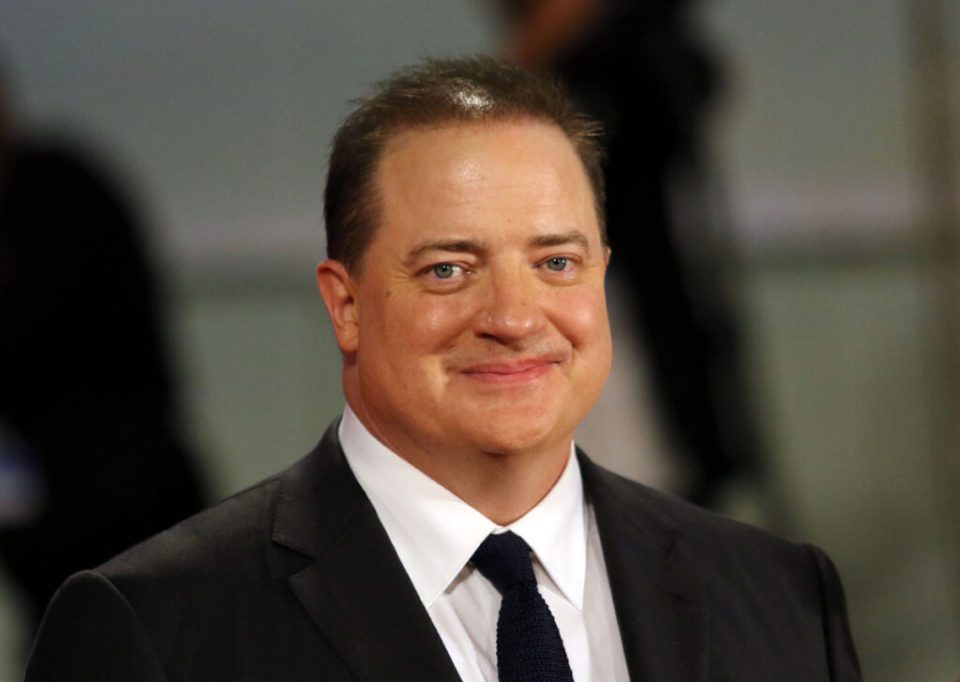 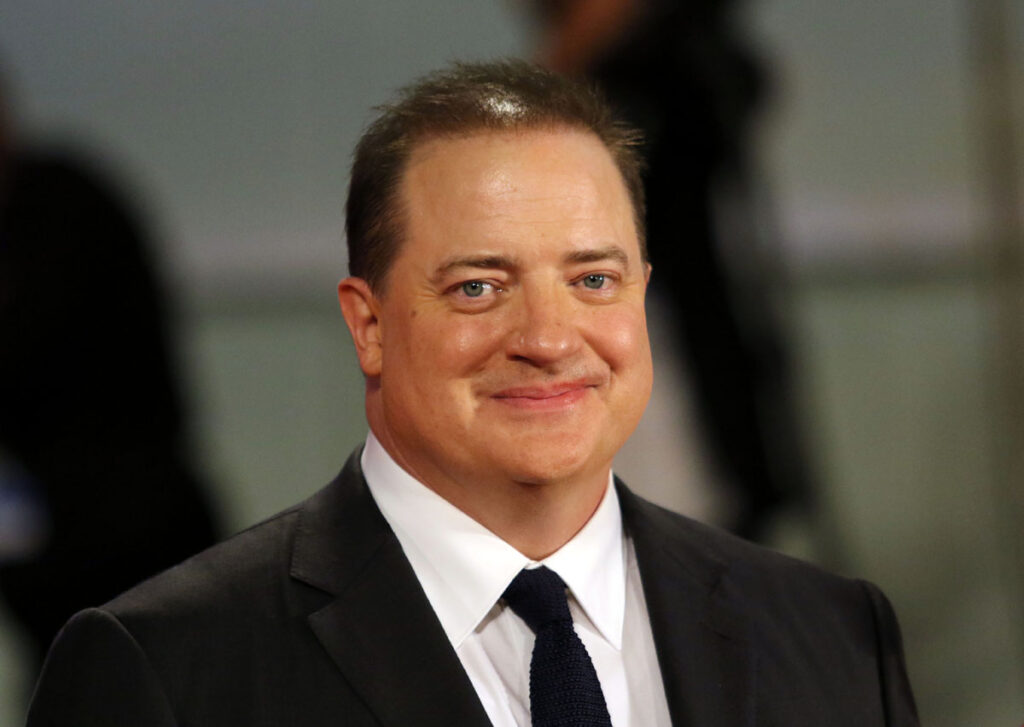 With the Venice Film Festival underway, we’re starting to hear about the movies and performances to keep an eye on. One film that had a lot of buzz was The Whale. The Whale is about a 600-pound English teacher who is mourning the loss of his love. Part of his mourning is manifesting in slowly eating himself to death. He’s also trying to reconnect with his young daughter. The movie is based on Samuel D. Hunter’s play (he also wrote the screenplay), which was based on personal experiences. So there’s a lot there to start. The film is director’s Darren Aronofsky’s first since the controversial Mother! in 2017. And it stars Brendan Fraser. Brendan has largely been out of the spotlight due to physical issues and possibly being blacklisted in the industry after he came forward about being sexual assaulted by a former HFPA president. But his fans missed him and only ever want good things for him. And they told him that in Venice, when he received a six-minute standing ovation following a screening of The Whale.

Actor Brendan Fraser received a six-minute standing ovation Sunday night at the Venice Film Festival, after making a comeback to the profession following personal struggles.
Fraser was attending the world premiere of The Whale, a movie in which he plays the lead character Charlie, an English teacher reconnecting with his teenage daughter.

Fraser was preparing to exit the stage when audience members and people onstage alongside him began a round of applause. He appeared to be in tears at the response.
As video of the standing ovation circulated, Fraser received an outpouring of support online.

I posted the clip of part of the ovation below. I’m sure if you were anywhere near Twitter on Sunday you saw it, along with all the tweets heaping love upon him. You can see Brendan was overwhelmed with the reception in Venice. He’s just trying to process it all in that moment and it overtaking him. Obviously, I haven’t seen the film, but I’m sure his performance merits praise. But much of that applause is also telling Brendan how much they’re glad he’s back. It’s horrible what he went through. He was shamed for gaining weight after his surgeries and recovery form the injuries he sustained on The Mummy. And then he was iced out after he made the abused claims, just watched his career dry up with no recourse. And yes, I realize he experienced what most women in Hollywood experience. You don’t hear bad things about Brendan on set. And they were still able to damage his career. I hope this truly is his comeback. I think he deserves it.

Although not everyone is happy with him in this role. Because Brendan is not a 600-pound man. He wore both a suit and had CGI to complete the look on film. Darren claims it took him 10 years to cast the role after looking at “everyone” and that includes all shapes and sizes. I don’t know who Darren saw specifically but what we do know is that those folks in Venice were certainly happy with what Brendan did with the role. So for now, I’m here for the Brendan love.

Man this makes me so happy to see this beautiful ovation for Brendan. He supported me coming into his Mummy Returns franchise for my first ever role, which kicked off my Hollywood career. Rooting for all your success brother and congrats to my bud Darren Aronofsky. #TheWhale 👏🏾 https://t.co/SNBLPHHmEZ 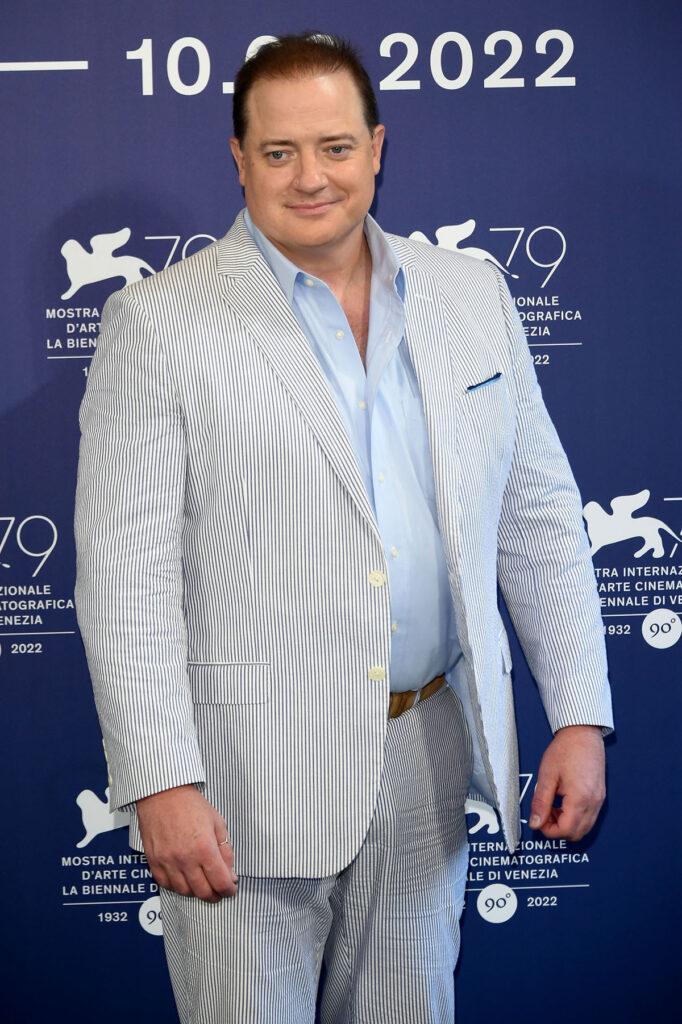 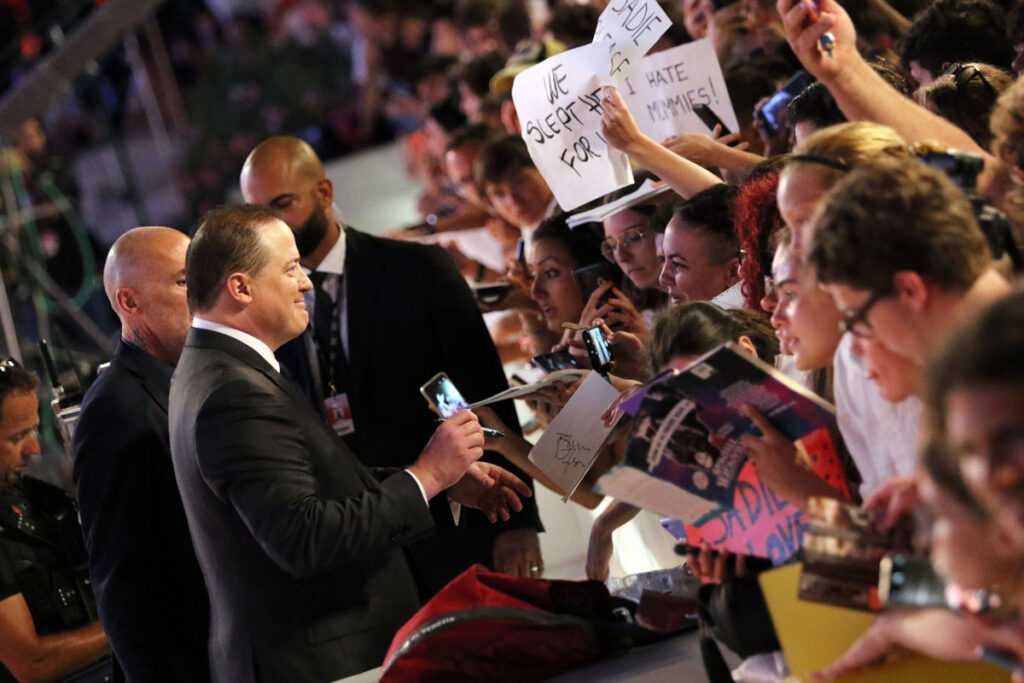 **NOT AVAILABLE FOR PUBLICATION IN ITALY**

Pencil Skirts – With Love From Kat

bitchy | Tom Hanks defends nepo babies: ‘this is a family business’ like plumbing