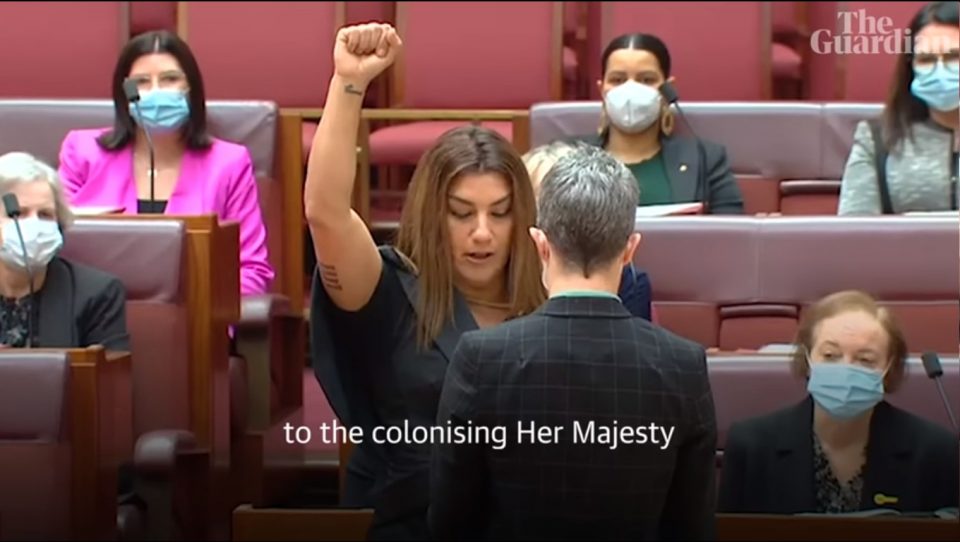 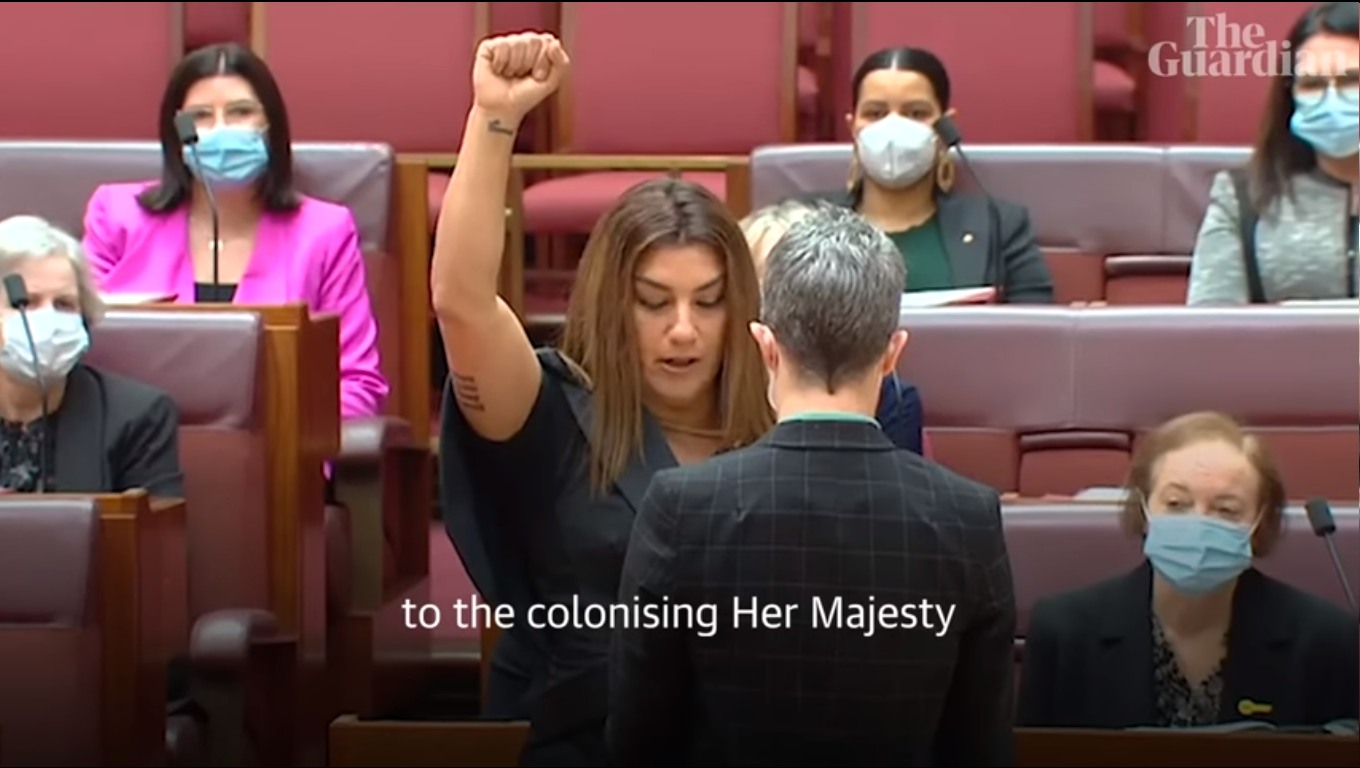 The Australian government is going through some changes. Their new prime minister is an anti-monarchist who is actively pursuing avenues to dump the British monarchy and encourage Australia to become a republic. Aussies also elected Lidia Thorpe to the Australian senate, and she’s the first Aboriginal Australian to serve in the senate. She was sworn in on Monday, only she had to do her oath twice because she called Queen Elizabeth a colonizer. LOL.

An Australian senator took aim at Queen Elizabeth by calling her a colonizer as she recited an oath of allegiance to the monarch, who is still head of state in Australia.

Lidia Thorpe — the first Aboriginal Australian senator from Victoria who is of DjabWurrung, Gunnai and Gunditjmara descent — had her swearing-in ceremony on Monday at Australia’s Parliament House. She approached the floor with her right fist raised in the air and was asked to recite the traditional oath of office.

“I, sovereign Lidia Thorpe, do solemnly and sincerely affirm and declare that I will be faithful, and I bear true allegiance to the colonizing Her Majesty Queen Elizabeth II,” Thorpe said before being cut off by Senate President Sue Lines and objections from others.

One senator said, “You’re not a senator if you don’t do it properly.”

Thorpe also turned around to tell someone, “You’ve got to have some respect.”

Lines asked Thorpe to repeat the oath “as printed on the card,” which she did while holding up her fist. Thorpe later tweeted, “Sovereignty never ceded.”

Thorpe’s party, the Australian Greens party, says on its website, “The continued legacy of colonialism has not yet fully recognized the sovereignty of our First Nations peoples across the entire continent of Australia. This is a wrong that must be made right. Endemic racism, oppressive laws and policies, misunderstanding, ignorance and the lack of knowledge and education has meant that First Nations peoples have generationally been subject to policies and legislation that have impoverished many lives. At present, many still live in poverty and disadvantage, without the same rights and services that other Australians enjoy. This must be changed so that future generations of First Nations children can dream of better things.”

I’m including the video below. It sucks that Australian government officials have to pledge allegiance to the British monarch, honestly. This was bound to happen at some point. And you’ve got to think the Windsors are very irritated about all of this happening in Oz. Genuinely wonder if the Duke and Duchess of Flop Tours are going to be sent to Oz and New Zealand sometime soon.

bitchy | Beyonce apologizes for using ableist slur, will replace it in song