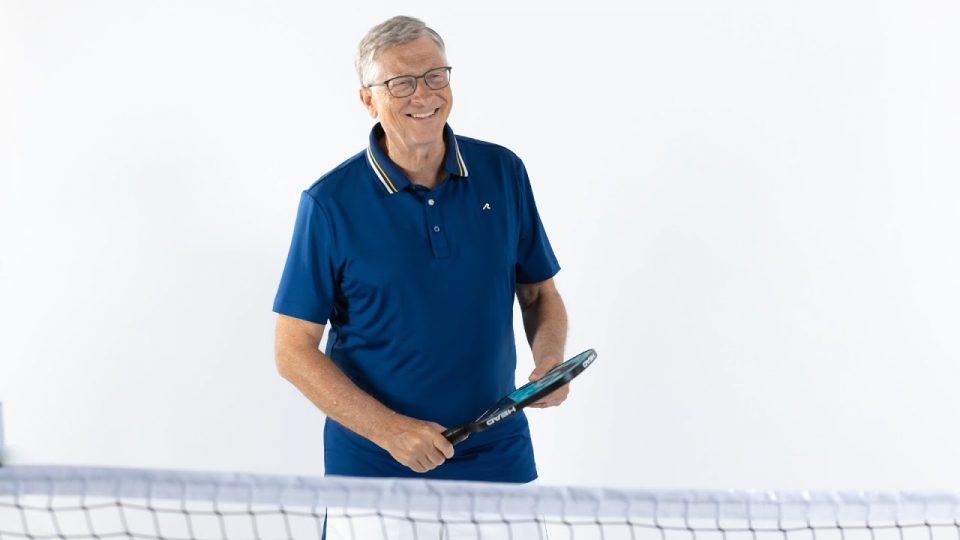 Move over bridge and tennis, Bill Gates is touting a new leisure-time activity.

The Microsoft co-founder admitted Tuesday that he’s a dedicated Pickler — meaning he loves the sport of pickleball, and he’s been playing for more than 50 years.

The paddle sport looks a lot like tennis and ping-pong mash up, but uses a ball that resembles a Wiffle ball. And it got its start in 1965 on Bainbridge Island, Wash. Gates’s father, Bill Sr., was friends with the game’s inventors: Joel Pritchard, a state legislator and later Washington’s lieutenant governor; Barney McCallum; and Bill Bell.

The elder Gates later built a court at the family house and Gates has been playing ever since, he said in a new post on his GatesNotes blog.

The sport has seen a surge in popularity over the past couple years, and USA Pickleball says 4.8 million people play nationwide. With strange terminology such as “dink,” “kitchen,” and “skinny singles,” pickleball can elicit a bit of skepticism from newcomers.

“Despite its silly terms and funny name, pickleball is actually quite a sophisticated game,” said Gates, who is also a longtime tennis player. “I enjoy watching YouTube videos where I can learn about tactics and strategies from the best players.”

Watch the video at top for a sampling of Gates’s pickleball skills.