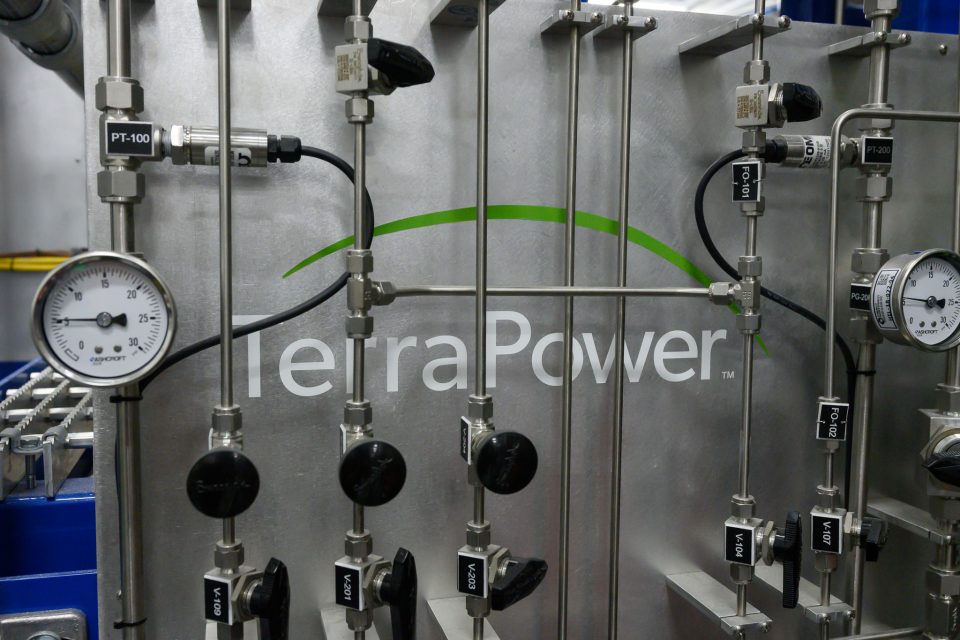 Bill Gates-backed TerraPower announced on Thursday that it’s going to conduct a feasibility study to explore locations for up to five of its next-generation nuclear power reactors.

The study will be done in partnership with PacifiCorp, a Portland-based utility with business units operating in Oregon, southern Washington, northern California, southeastern Idaho, Utah and Wyoming. The fission reactors could be deployed by 2035 within the PacifiCorp service area, according to the companies.

“This joint study is a significant step toward building the energy grid of the future for PacifiCorp’s customers and a tangible example of the promise advanced nuclear brings to utilities serious about leading the nation’s energy transition,” said TerraPower President and CEO Chris Levesque in a statement.

TerraPower and PacifCorp are currently working together to build TerraPower’s first demonstration plant in Kemmerer, Wyo., on the site of one of the state’s retiring coal plants. That project is a $4 billion public-private venture with $1 billion in support from the U.S. Department of Energy.

TerraPower plans to submit its application for a construction permit for the Wyoming reactor to the Nuclear Regulatory Commission in mid-2023. The two remaining coal generation units at the site are set to be retired in 2025. The demonstration reactor is supposed to start splitting atoms by 2028 under a schedule set by Congress.

The nuclear power company is building what it calls its Natrium reactor. The device is a sodium-cooled fast reactor that includes a molten salt-based energy storage system. The reactor will be able to produce 345 megawatts of power, and the energy storage system can be tapped for short-term boosts of power that bring the system up to 500 MW. At that maximum output, the plant will generate enough energy to power 400,000 homes.

The newly announced feasibility study will be for additional Natrium reactors.

Washington-based TerraPower launched in 2006. Its headquarters are in Bellevue and it has a a 65,000-square-foot research facility in Everett.

There are still significant hurdles to clear before even the demonstration reactor is powered up, including NRC approval and finding fuel for the reactor. The only current source for the fuel — called HALEU, which is short for high-assay, low-enriched uranium fuel and pronounced hay-lou — is Russia. But that option is off the table given Russia’s invasion of Ukraine.

The Inflation Reduction Act approved by Congress this summer includes $700 million to help address the need for a new HALEU source. The legislation also includes the Clean Electricity Production Tax Credit, which provides financial support for clean energy sources — including nuclear fission — that go online after 2025.

And what about the $4 billion price tag for the demonstration reactor? That should come down, said Marcia Burkey, TerraPower’s chief financial officer.

RELATED: New day for nuclear power? Why TerraPower’s CFO is confident about the future, despite challenges

“With a demonstration, there are many first-of-a-kind things we have to build. There’s quite an expensive fuel fabrication facility that won’t be developed a second time. We have to get the NRC license, for instance,” Burkey told GeekWire in an earlier interview.

“So there are many first-of-a-kind costs in the $4 billion that don’t recur in the commercial plant,” she said, “which is typical in technology development.”

Nuclear power from fission reactors currently provide nearly 20% of the electricity generated in the U.S. The first commercial, energy producing nuclear reactor came online in the country in 1958. The newest reactor powered up in 2016 in Tennessee.