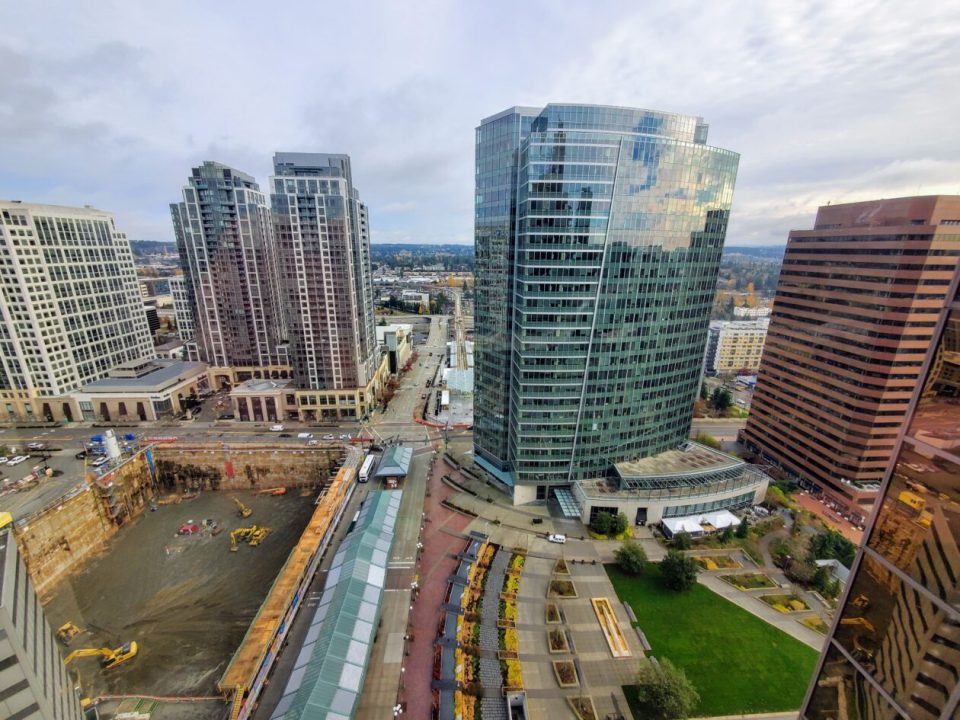 Is an “Amazon Tax” coming to Bellevue?

That was a question posed by Seattle Times columnist Danny Westneat last month, writing about a Bellevue City Council meeting from March when lawmakers discussed the city’s budget deficit and potential revenue-generating solutions.

“Amazon is coming … and they are doing well. I don’t want to use the word ‘profiting from us’ — but they are part of our city that provides them with their ability to grow,” longtime councilmember Conrad Lee said at the meeting. “When they do, they cannot just take the profit and pocket it. They have to participate in helping the city’s growth in all ways, including our financial situation.”

Despite those comments, Lee told GeekWire last week that there is no intention to slap additional taxes on Amazon and other companies in Bellevue, the growing tech hub just east of Seattle where Amazon expects to employ 25,000 people — on par with the size of its second headquarters, or HQ2, currently under development in Arlington, Va.

“We don’t see a need and don’t have a plan to increase tax on Amazon and other tech companies,” he said via email.

“The discussion revolved around a 1% property tax increase that council has the option to impose to keep ahead of a deficit that could require other tax measures in the future if not addressed now,” Robinson wrote on LinkedIn. “Yes, we are learning from Seattle: don’t wait until tomorrow to address today’s financial forecast.”

Whether or not Bellevue is discussing plans to levy a tax on Amazon and other tech companies, Lee’s comments at the March meeting show the dilemma some cities face as they balance business booms with budget deficits.

Lawmakers in Seattle have long debated how to tax tech giants such as Amazon that have grown rapidly over the last decade. Eventually in 2020 they approved a payroll tax on the city’s largest companies that brought in $248.1 million in its first year to help pay for affordable housing and homeless services.

Bellevue is now facing a tech boom of its own. In addition to Amazon, Facebook parent Meta is also growing its footprint in Bellevue, which is home to other regional hubs for Salesforce, eBay, TikTok parent ByteDance, and others.

In a blog post last month titled “Amazon’s commitment to Bellevue and the Eastside,” Amazon said it expects to have 10,000 employees in Bellevue and Redmond — home of Microsoft — by this summer. The company recently surpassed T-Mobile as Bellevue’s second-largest employer. Its Bellevue office space footprint will ultimately total more than 6.6 million square feet.

“We’re thrilled to be here, and on behalf of the entire company, I want to express my gratitude to the entire Bellevue community for welcoming us,” Amazon real estate chief John Schoettler wrote in the blog post last month.

Amazon moved into Seattle’s South Lake Union neighborhood in 2007, sparking a period of unprecedented growth for the company and massive change for the city. Its relationship with Seattle eventually evolved into conflict, as the City Council challenged the company over the impact of its growth.

Amazon has been open about its frustration with the Council, speaking out about a “hostile” attitude toward business and funding an effort to elect more moderate candidates. The company now refers to Bellevue and Seattle together as its “Puget Sound headquarters.”

Forecasts laid out by Bellevue’s finance director at the March meeting show budget deficits potentially increasing beyond $20 million by 2028 if no fiscal action is taken, and possibly more if the city needs to hire additional people to keep up with its growth.

As Westneat noted in his column, the state’s tax structure — no tax on corporate profits or income — can make it more difficult for a city to keep up with growth spurred by tech expansion.

“We do have to work more with our companies coming in,” said councilmember John Stokes, the city’s former mayor, at the meeting. “Development doesn’t pay for itself, at least certainly not for a long time.”

Lee, a Republican, told GeekWire that his feelings have not changed on Amazon, describing it as “a wonderful corporate citizen supporting the City through taxes and grants and other innovative partnerships.”

“In my 28 years on the Council, we have managed to balance the budget through sound fiscal policy and management,” he noted. “As the most ardent defender of the Bellevue taxpayers, I am making sure that’s not going to change. We are fiscally prudent and only spend what we need, not tax what we can.”