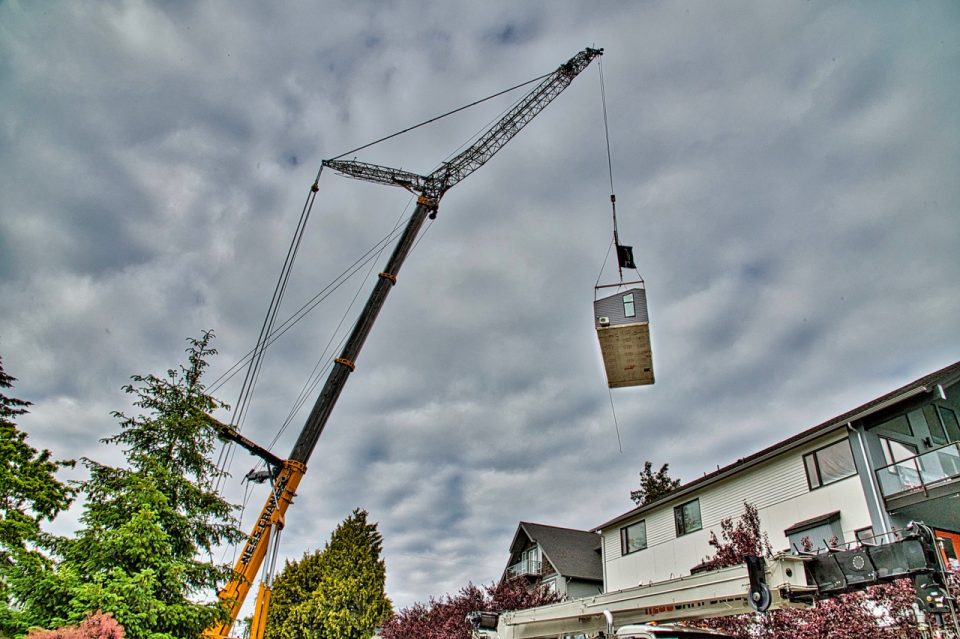 Abodu, a Redwood City, Calif.-based startup that manufactures and delivers prefabricated backyard homes, is launching in the Seattle area.

The startup opened an office in downtown Seattle and is growing its workforce of Seattle-based employees. This is the company’s first expansion outside of California, where it delivered more than 100 homes in 35 cities across northern and southern California.

Seattle has allowed DADUs in single-family zones since 2010, but neighborhoods were slow to adopt them. In an effort to increase affordable housing supply, local lawmakers passed legislation in July 2019 designed to remove regulatory barriers for these types of structures.

Because of Seattle’s policy and its relatively untapped market, Abodu’s expansion to the Pacific Northwest was a “no-brainer,” said CEO and co-founder John Geary in an interview with GeekWire.

He said that there are currently no other companies that are focused solely on designing and delivering DADUs. Other startups such as Seattle-based Blokable are constructing prefabricated buildings of all sizes, he added.

Economists say that adding more supply to the market is a crucial step in addressing the ongoing housing affordability crisis in the country. But plans for adding density through multi-unit dwellings, townhouses or apartment complexes often face pushback from NIMBY groups.

Geary, a former consultant at Bain & Company, said that DADUs are an increasingly attractive alternative to lawmakers because they add “gentle density” to neighborhoods, meaning they add dwelling supply without disrupting the original zoning plans of the area.

However, DADUs have faced opposition from community members in the past. When Seattle lawmakers pushed to loosen restrictions, a neighborhood group put up legal roadblocks out of concerns that increasing density could impact parking availability and neighborhood character.

Asked about the response DADUs have received from neighborhoods, Geary said it has been mostly positive despite some “push and pull.”

“It’s not changing the fabric of the neighborhood,” he said. “It’s adding a unit of housing that is out of the public view, off the street, and in backyard spaces that are typically unused.”

Geary said a challenge moving forward is that Washington does not have a statewide framework for governing additional dwelling units. Laws in Seattle may be slightly different than in neighboring cities like Kirkland or Renton, he said.

Abodu’s three products, which are up to Washington state building code, include a 340-square foot studio; a 500-square foot unit, with one bedroom and one bath; and a 610-square foot, with two bedrooms and bath. Each design comes with a kitchen and living space. Prices start at $228,900 before taxes, fees and site-specific work. The company says onsite construction lasts between four to six weeks.

Founded in 2018 by Geary and his former Bain & Company colleague Eric McInerney, the startup has raised a total of $25 million in equity funding to-date from Norwest Ventures, Initialized Capital and Redfin CEO Glenn Kelman, among others.

‘Their margin is my opportunity’ – GeekWire