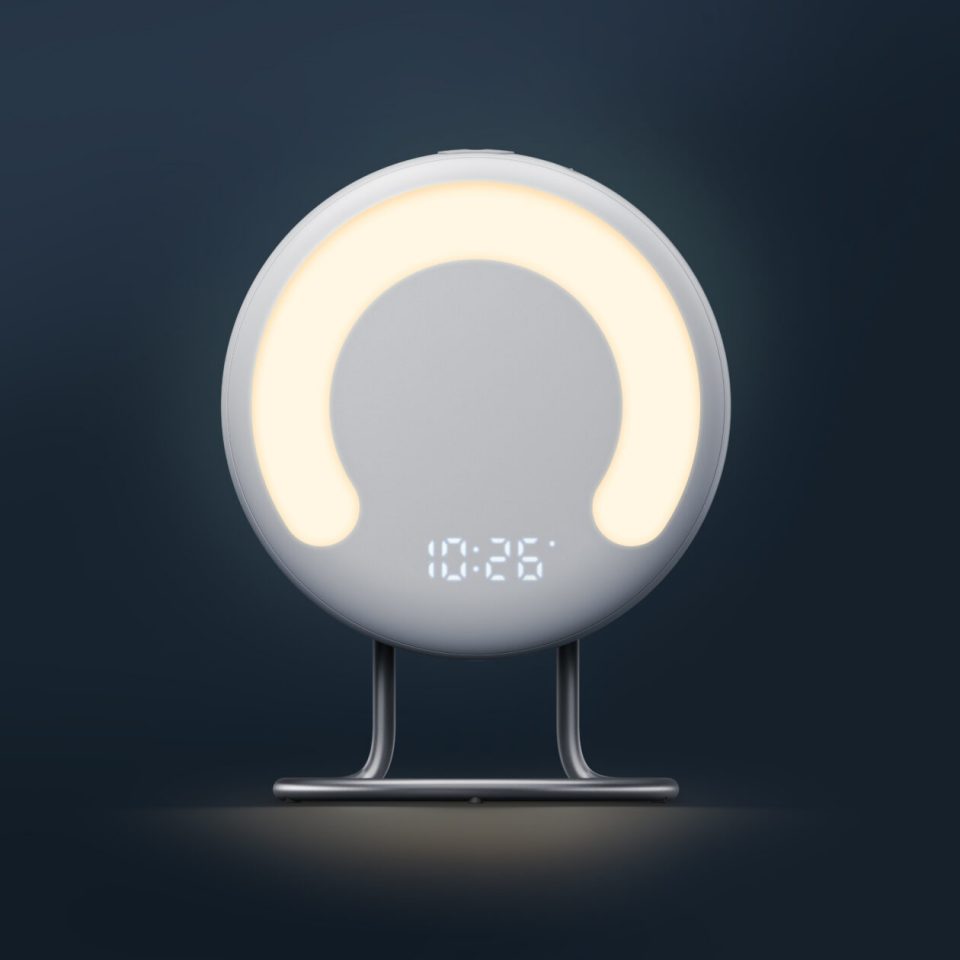 Announced this morning at the company’s fall Echo and Alexa product event, it’s the latest example of Amazon testing the willingness of customers to trust its privacy promises in the interest of improving their health.

Halo Rise uses a radar sensor and low-power radio signals to detect the small movements and patterns — including the subtle rise and fall of a blanket as a person breathes — that indicate different stages of sleep, providing a sleep score and detailed hypnogram charting each night’s sleep in the Halo smartphone app.

Halo Rise is scheduled to be released later this year in the United States for $139.99. It includes a six-month Amazon Halo membership (normally $3.99/month) which comes with content and programs for improving sleep, in addition to other health and exercise-related features.

Amazon offers a series of privacy assurances for Halo Rise:

The device is 5.2 inches wide, 6.7 inches tall, and 1.45 inches thick, sitting on a stainless steel stand. It has a digital clock and a built-in semicircle light that mimics the sunrise to create a more natural process of waking up. The company says the light can be made bright enough to be used for reading in bed.

It includes a smart alarm that is designed to go off at an optimal time for waking up within a specified window depending on a person’s sleep stages.

Halo Rise can be used in conjunction with an Amazon Echo device and Amazon’s Alexa assistant to automatically trigger smart-home routines, dimming the lights or turning off the TV when someone gets into bed, for example.

It doesn’t require an Echo device, but it can also be used with one to access related features, displaying a hypnogram on the screen of an Echo Show, for example.

Amazon says customers who allow the Halo membership to lapse will still be able to access most of the device’s sleep-related functionality, including the nightly sleep score and hypnogram. However, supporting content and features (such as sleep programs from Mayo Clinic, BetterSleep, and Halo experts) require the membership.

The release of the original Halo Band in 2020 drew scrutiny from reviewers and legislators for its use of microphones to offer users feedback on their tone of voice and use of language in conversations; and for a body scanning feature in the Halo app that asks users to “change into minimal clothing.”

With the announcement of Halo Rise, the company is following through on plans to expand into new types of devices, differentiating itself from existing players such as Fitbit, Garmin, and other makers of common health-related devices.

“We tried to take a comprehensive approach to sleep with this product, looking at the various factors that contribute to a good night’s rest,” Fisher said. The idea is to coach customers “through simple decisions and the actions they can take throughout the day and night to become better sleepers.”