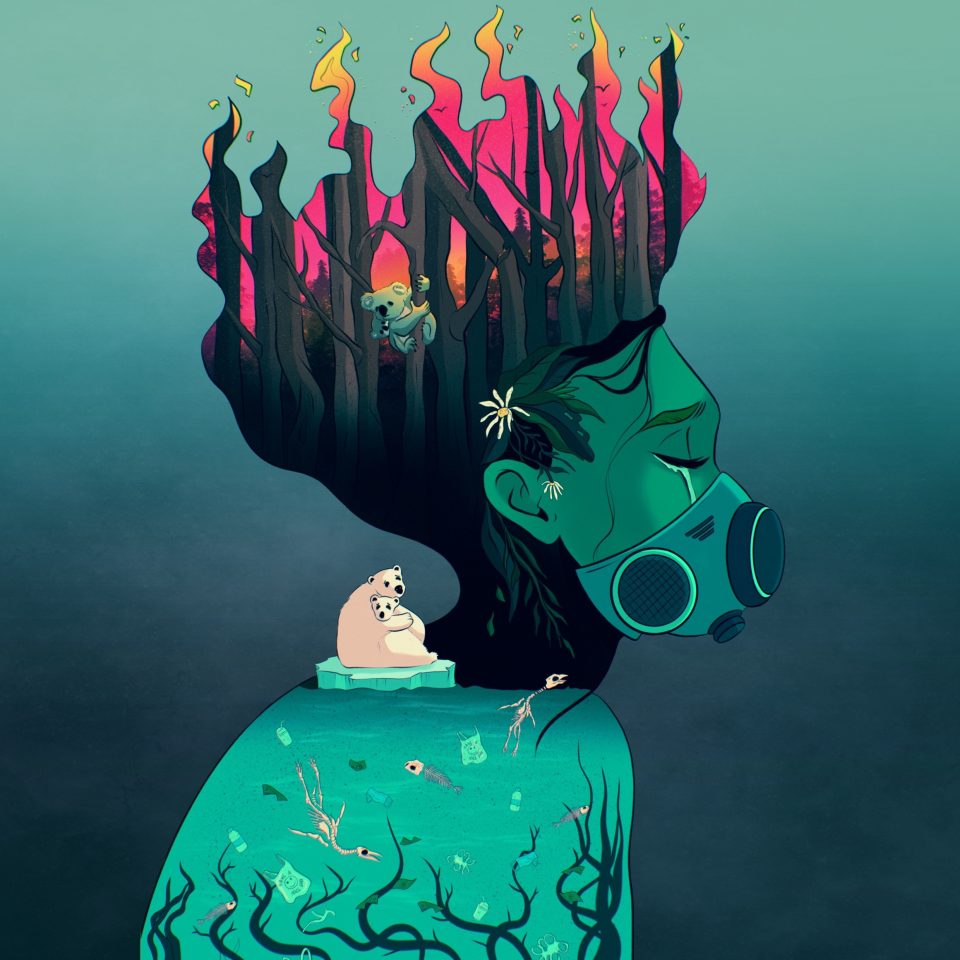 Well before cryptocurrencies and NFTs began to fizzle this spring, Carly Rector was already sour on their use for digital art sales.

Rector, who is herself a digital artist and a former senior engineer at Amazon, thought it was unnecessary to use energy-consuming blockchain ledgers to help artists earn a living.

So she flipped the model on its head.

Rector launched CO2ign Art, pronounced “cosine art,” where artists can sell electronic files of their work containing a digital signature that verifies who created it and who bought it. The sale additionally includes a documented purchase of carbon offsets from Verra Carbon Standards, a long-standing source for greenhouse gas removal that’s tracked on a public registry.

Rector’s pitch to artists: “Instead of actively hurting the environment by creating your art, you’d be able to help it.”

Rector left Amazon last year after more than 13 years with the Seattle-based company. She spent about six months building the CO2ign Art platform, which went live in February.

Rector has bootstrapped the project so far and plans to pursue venture capital this fall. The startup has seven employees; she and two others are in Seattle and the rest are in California and Florida. Rector has applied for a provisional patent for the site’s technology.

CO2ign Art currently features more than 100 artists. Before accepting new artists, the startup confirms that they have followers on social media and are creating their own works. Most of the art is digital, but some pieces are digitized versions of physical artworks.

On July 29, the platform is hosting its first livestream event during which five artists will be creating works in real time over nine hours.

The least expensive art on the site is offered at $20, while the high-end pieces cost hundreds of dollars, though most works are well under $100. Half of the sale goes to the purchase of carbon credits, 30% goes to the artist and 20% to the platform.

NFT or “non-fungible token” sales caught fire last year as a long sought-after strategy for helping digital artists generate revenue for their work. Part of the appeal of using the blockchain was that each time the work was sold and resold, the exchange was recorded on a public blockchain ledger — mostly Etherium — and the artist was paid a fraction of each additional sale.

RELATED: As worries spark over the carbon impacts of NFTs, some unexpected boosters come to their defense

But the reality, Rector said, is that few pieces are actually sold multiple times. The CO2ign Art platform is set up only for one-time sales. Transactions are made in U.S. dollars and facilitated by Stripe.

The NFT approach quickly sparked controversy because of its carbon impact. Each NFT sale consumes energy as it’s recorded on the blockchain and the purchases are made using cryptocurrencies. Many blockchains, including Etherium and Bitcoin, use significant amounts power due to their computing demands. Digiconomist currently estimates Etherium’s annual carbon footprint as roughly equal to Hong Kong’s. Blockchain proponents counter that all online activity uses energy.

In addition to helping the environment, CO2ign Art has another perk, Rector said: the buyer receives an actual digital file of the artwork. The work can be printed out or displayed on electronic devices. The platform is planning to build features allowing users to display their purchases in virtual galleries.

With an NFT, by contrast, the buyer typically gets an external link where the art itself is found. But anyone who has browsed the internet for more than five minutes knows that links are not eternal.

“That link could change at any point, or go away and you just own a broken link,” Rector said. “That’s a real thing that has happened, people paid million dollars for something with a broken link.”

Both CO2ign Art and NFT sales are straddling tangible and intangible worlds. The blockchain is digital. The art is virtual, but can be printed or displayed. The carbon credits are promises by third parties to fund projects like planting forests that lead to the removal of invisible, environmentally damaging molecules of carbon dioxide.

But the difference between her approach and NFTs, Rector said, is meaningful.

“Each purchase [on CO2ign Art] is funding its own unique set of carbon credits,” she said. “It has its own real thing that is associated with it — and not just a token on the blockchain.”