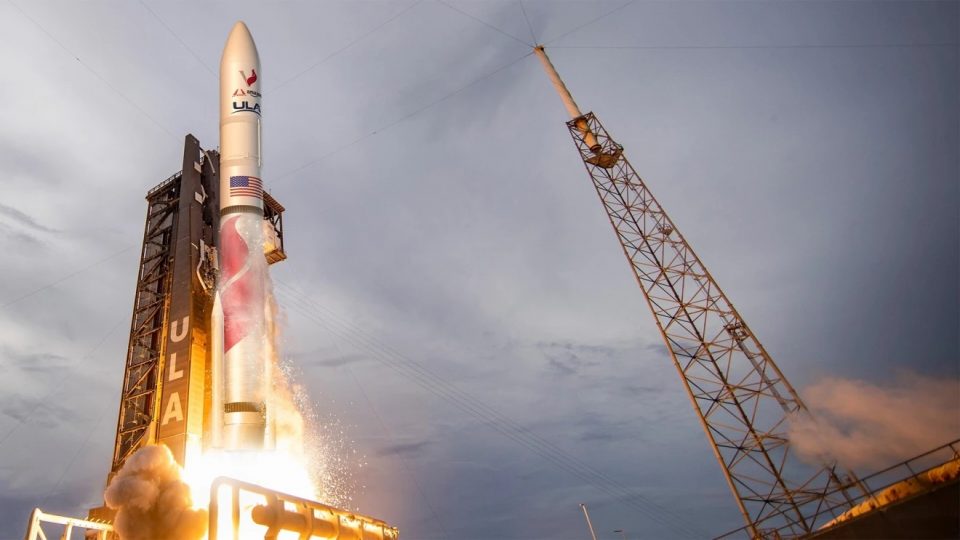 The first two prototype satellites for Amazon’s Project Kuiper broadband internet network are now due to launch on the first-ever flight of United Launch Alliance’s Vulcan Centaur rocket early next year, rather than on ABL Space Systems’ rocket.

Today’s announcement comes in the wake of schedule slips for ABL as well as for United Launch Alliance — slips that mean ULA’s Vulcan launch schedule lines up better with Amazon’s satellite deployment schedule.

The prototypes — known as Kuipersat-1 and Kuipersat-2 — are designed to test how the different components of a full 3,236-satellite constellation will work together. Results of the test will help Amazon refine its design for the production satellites.

“Our prototype satellites will be ready this year, and we look forward to flying with ULA,” Rajeev Badyal, vice president of technology for Project Kuiper, said today in an Amazon update.

The original plan called for the Kuipersats to launch this year on one of the first flights of ABL’s RS1 rocket — but California-based ABL ran into delays in its test program, resulting in schedule shifts. And this week, ULA said it would delay the debut of its next-generation Vulcan Centaur rocket at the request of its primary payload customer, Astrobotic.

ULA said Pittsburgh-based Astrobotic asked for more time to finish work on its Peregrine lunar lander, which was chosen to fly to the moon as the first mission for NASA’s Commercial Lunar Payload Services program. The launch had been set for late 2022, but it’s now planned for the first quarter of 2023. The Kuipersats will be sent into low Earth orbit as secondary payloads.

Vulcan’s liftoff would mark the first use of Blue Origin’s BE-4 rocket engines — which are produced by Amazon founder Jeff Bezos’ privately held space venture in Kent, Wash., and were just delivered to ULA after years of delay.

Switching from ABL to ULA isn’t all that much of a stretch. Last year, Amazon struck a deal for ULA to launch the first production Kuiper satellites on Atlas 5 rockets, with Vulcan launches to follow.

“We’ve already secured 38 Kuiper launches on Vulcan, and using the same launch vehicle for our prototype mission gives us a chance to practice payload integration, processing, and mission management procedures ahead of those full-scale commercial launches,” Badyal said.

Amazon has made reservations for scores of additional launches on Blue Origin’s New Glenn rocket and Arianespace’s Ariane 6, adding up to as many as 92 liftoffs in all. The company also plans to retain two launch reservations with ABL, to be flown at a later time.

Project Kuiper hasn’t laid out a detailed schedule for satellite deployment or the start of service — but under the terms of Amazon’s license from the Federal Communications Commission, half of the 3,236 planned satellites have to be in operation by 2026.

When the license was issued, Amazon said it would spend more than $10 billion on Project Kuiper. More than 1,000 Amazon employees are working on the satellite effort, with most of them based at Project Kuiper’s headquarters in Redmond, Wash. Amazon’s career website lists more than 300 open positions for the project.

Project Kuiper is aimed at widening broadband internet access for billions of people around the world who are underserved. But in the market for satellite data services from low Earth orbit, Amazon is far behind SpaceX’s Starlink service, which already has thousands of satellites in orbit and hundreds of thousands of subscribers. An international venture known as OneWeb is also ahead of Amazon, with more than 400 satellites in orbit and plans to ramp up service over the coming year.

Amazon is hoping that synergies with its other business lines — such as Amazon Web Services — will give it an advantage, even as a relative latecomer.