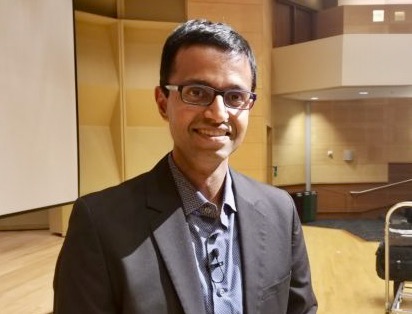 — Siddhartha Srinivasa, a leading robotics expert and professor at the University of Washington, has left his position as director of Robotics AI at Amazon to join Cruise, General Motors’ autonomous-vehicle subsidiary.

In a post on LinkedIn, Srinivasa said he’d had a “wonderful four years at Amazon building and scaling robotics AI for fulfillment” and that he was “excited to start a new journey” close to his heart, “inventing algorithms, and partnering with operations to exponentially scale autonomous mobility.”

Srinivasa is the Boeing Endowed Professor at the Paul G. Allen School of Computer Science at the UW. His role at Cruise will be as a distinguished engineer.

In his own LinkedIn post, Mohamed Elshenawy, executive VP of engineering at Cruise, said Srinivasa’s “deep experience in the field of robotics and AI will be critical to Cruise as we scale our business.”

Srinivasa arrived at the UW in 2017 after moving his entire team of more than a dozen researchers from Carnegie Mellon University. In 2018, he joined Amazon to found and run the Robotics AI (RAI) organization at the tech giant — “focused on inventing and deploying robotics and AI for manipulation and mobility with and around people,” he said in a LinkedIn description of that role.

“The UW and Amazon have had a long history of collaboration, and I’m really grateful to both organizations for letting me be a bridge between the science we are developing at the UW, and the applications of that science at Amazon,” Srinivasa told GeekWire after joining Amazon.

San Francisco-based Cruise opened a Seattle-area office in 2019. Microsoft got on board that same year, joining a $2 billion investment in Cruise, along with GM, Honda and others, to accelerate the commercialization of self-driving vehicles by bringing its cloud computing technology to the equation.