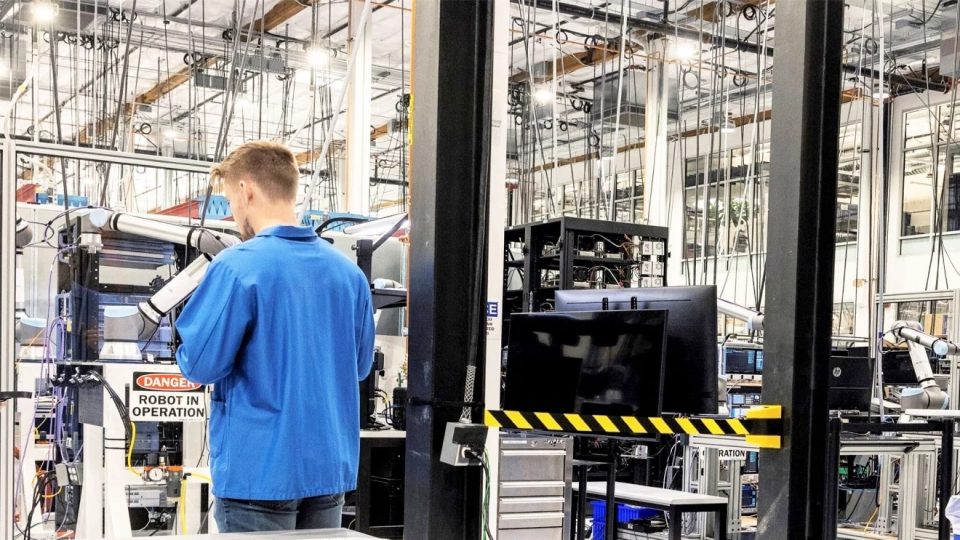 The factory will eventually turn out one to three satellites per day, Dave Limp, Amazon’s senior vice president for devices and services, said today during a Washington Post online chat. Eventually, Amazon plans to have 3,236 satellites in low Earth orbit, and half of those spacecraft have to be launched by 2026 to satisfy the Federal Communications Commission’s license requirements.

In order to meet that schedule, “we have to build the manufacturing capabilities that look more like consumer electronics or automobiles and less like the traditional space industry,” Limp explained.

“We’ve started integration and final assembly of our first two prototype satellites,” he said. “Those should be done by the end of Q4, and we’re in test right now.”

The prototypes are due to be delivered to United Launch Alliance for launch from Florida on an Atlas 5 rocket early next year. Earlier this month, Amazon updated a deployment schedule that calls for reserving more than 90 launches with ULA, Arianespace and Blue Origin (which is privately held by Amazon founder Jeff Bezos).

Amazon’s Project Kuiper, which first came to light in 2019, aims to provide broadband internet services for potentially billions of people around the world who are underserved. Limp said he expects to see “tens of millions of customers on Kuiper” by 2032 — and he said the constellation would mesh with Amazon Web Services’ cloud computing business.

“That’s where a lot of web properties are already residing — Netflix and Amazon Video and other types of things,” he said. “It gives us the ability to have a lower latency to things in the internet, more security.”

Amazon has also struck a deal with Verizon to provide backhaul services for its terrestrial cellular network.

Limp acknowledged that SpaceX’s Starlink network has a big head start on Project Kuiper, with more than 3,000 satellites already in orbit and hundreds of thousands of customers. But he insisted that there was room enough in the marketplace for more than one satellite broadband provider.

“I think more constellations is generally good,” he said. “I do think we have some benefits, though, in ours.”

Limp said Amazon would be building relatively large satellites, which would allow for less expensive antennas. “There’s 3,236 satellites, but there’s tens of millions of the things that go into people’s homes,” he said. “And so by bringing that price down, and now we think we’re under $400 on the bill of materials for that, I think that’s a big advantage for our architecture.”

Amazon has said that it’ll spend more than $10 billion to get Project Kuiper up and running. The project’s workforce has grown to more than 1,000 employees, with most of those based in the Seattle area.

Rajeev Badyal, Amazon’s vice president of technology for Project Kuiper, said in a blog posting that deploying the Kuiper constellation “requires significant precision, expertise and a world-class team committed to our vision.”

“This new satellite production facility will significantly expand our manufacturing capacity as we approach launch and deployment, and it brings us another step closer to delivering on our mission to connect unserved and underserved communities around the world,” Badyal said.

Kirkland Mayor Penny Sweet said she was excited about having Amazon’s satellite production facility in her neck of the woods. ““Whether you’re looking to get your foot in the door or are pursuing an advanced, high-level career, this will bring even more economic opportunity for professionals who live here and for those who have yet to call Kirkland home,” she said.

Amazon didn’t specify exactly where the facility would be housed, but real-estate listings show a 172,000-square-foot industrial space that was available for lease at the Totem Lake Commerce Center at 12521 128th Lane NE in Kirkland. That space is no longer on the market. When contacted by GeekWire, the property broker declined to confirm who’ll be leasing the facility, and Amazon declined to confirm the property location.