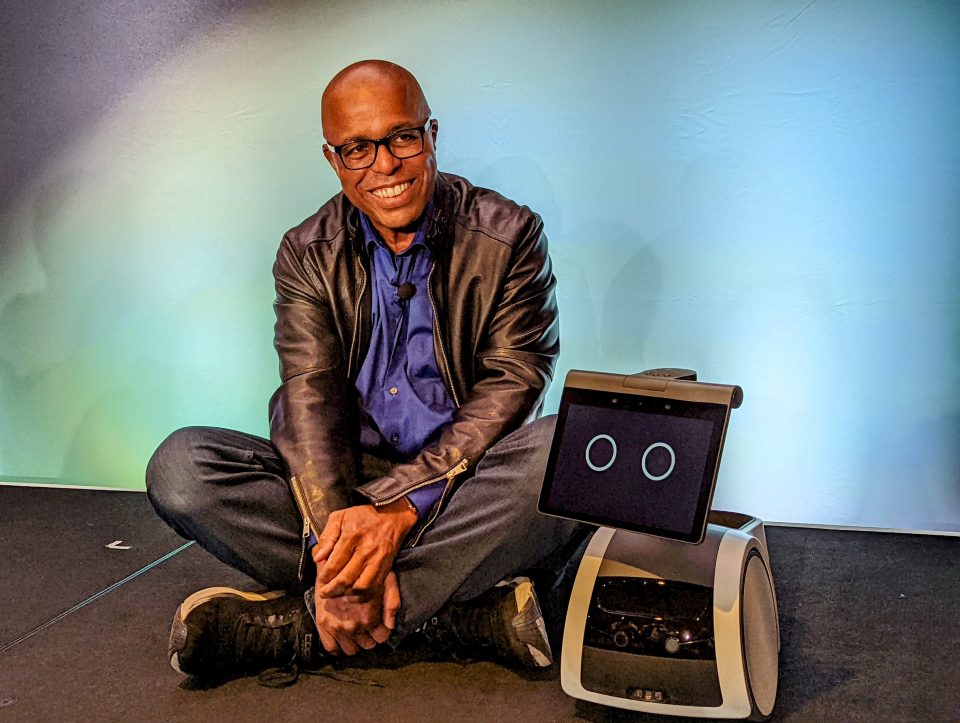 Amazon unveiled Astro, its first home robot, in September, after developing the rolling Alexa device in secret for several years. In an introductory video, the company anticipated the skepticism Astro would face.

In this fictional world, of course, Astro wins people over with its ability to navigate autonomously through a house, serve as a mobile security and video conferencing hub, check the stove with its periscoping camera, help family members check in on older relatives, start a dance party, and deliver a drink to someone on the couch.

In the real world, however, Astro still has some convincing to do.

Astro “is a solution in search of a problem,” concluded CNET’s David Priest in his review. “It’s cool, undeniably, and I’m excited to see what home robots look like in the near future … But for now, Astro remains an interesting device with a lot of potential, but too little utility to really be worth that price tag.”

That price tag, for now, is $1,000, if you’re one of the limited number of customers whose request to purchase Astro is approved through Amazon’s Day One Editions preview program. Eventually, when Astro is more widely released to the general public, the price is expected to go up to $1,500.

Astro is 17-inches tall with a 10-inch display and a rear cargo hold. It rolls around autonomously on two wheels.

In essence, it’s a mobile Echo device, responding to questions in the voice of Alexa. Astro otherwise communicates through beeps and blips and a pair of expressive digital “eyes” in the form of simple animated emoticons on its screen.

Amazon acknowledges the skepticism about Astro but makes it clear that it’s not giving up so easily. The company is working on improvements based on initial feedback, and it describes Astro as the first in a line of home robots.

“This is the beginning of the journey for us,” said Ken Washington, Amazon’s vice president of consumer robotics, who leads the Astro team, in an interview with GeekWire at the company’s re:MARS conference in Las Vegas. “Astro is our first consumer home robot. It’s not going to be our last.”

A nuclear engineer by training, with a doctorate from Texas A&M, he worked earlier in his career in roles including chief information officer for Sandia National Laboratories, and chief privacy officer for Lockheed Martin — experiences that made him uniquely suited to work on Astro.

“Look, I moved to this new job all the way from Ford,” Washington said. “I had a pretty cool job before. And so, I have a strong conviction about this area for Amazon. I wouldn’t have done this move if I didn’t really believe it. We’re in this for good, and we’re looking at all sorts of cool things in the future.”

Astro can operate autonomously in the home, using technology known as visual simultaneous localization and mapping, or V-SLAM, similar to what’s used by autonomous vehicles.

It can be set up to recognize different people in a household, to find and deliver a drink to a specific person, for example. This visual ID technology also enables part of the security capabilities of Astro, allowing the robot to detect when an unrecognized person enters the home.

Astro’s periscoping camera can check to make sure the stove is off, for example. The robot can also detect the sound of a smoke or carbon monoxide alarm.

Current limitations include an inability to navigate stairs, confining Astro to one level in a multi-level home.

Amazon says Astro processes sensitive data on device for security and privacy. This includes visual IDs, images from inside the home, and raw sensor data. Users can press a button to turn off Astro’s cameras and microphones, rendering Astro immobile and unable to capture any data from the environment.