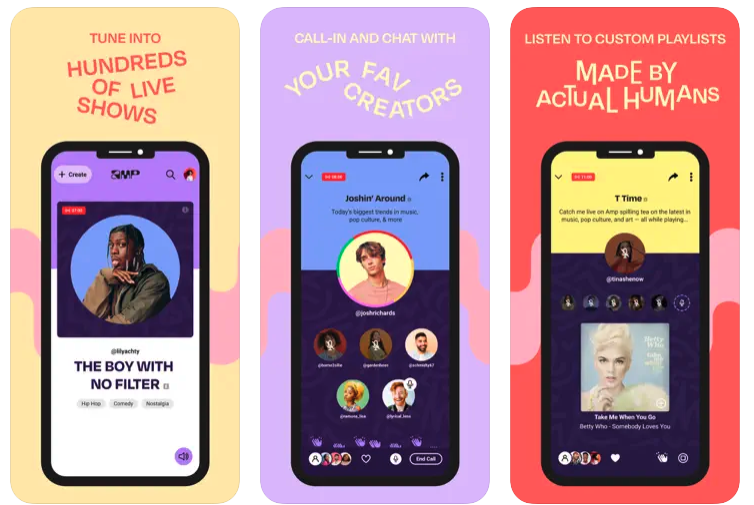 Amazon’s plan to “reimagine radio” has run into a bit of static as the company is making staff cuts at Amp, the app it launched earlier this year.

Business Insider first reported the news on Friday and said “roughly 150 people,” or half of the division, were let go. Amazon would not comment on any figures when contacted by GeekWire.

“At Amazon we think big, experiment, and invest in new ideas to delight customers,” an Amazon spokesperson said in an emailed statement. “We also continually evaluate the progress and potential of our products and services to deliver customer value, and we regularly make adjustments based on those assessments. Following a recent review, we’ve made the decision to consolidate a few teams so we can focus on the growth and scaling of Amp.”

Amazon is working with affected employees to identify other internal job opportunities.

The company first revealed the new iOS app in beta in March, touting Amp as a way to give DJs their own live radio shows complete with a catalog of millions of licensed songs and the ability to engage with callers.

“A person with their own unique music taste doesn’t have to land a job at a radio station to reach an audience,” Amp VP John Ciancutti said in March. “They just need to launch a show from their phone on Amp and reach anyone.”

Fast forward seven months, where Thursday the tech giant saw its shares get hammered after it issued lower-than-expected guidance for the holiday quarter. Amazon is joining other tech companies taking steps to counter macroeconomic headwinds.

The company has already slowed its hiring pace. During a third quarter earnings call on Thursday, CFO Brian Olsavsky said Amazon is preparing for “what could be a slower growth period” due to increased foreign currency headwinds, global inflation, heightened fuel prices, and rising energy costs.

To help mitigate slowing sales, Olsavsky said Amazon is “taking actions to tighten our belt,” including pausing hiring in certain businesses and shutting down products and services.

“We’re going to be very careful on our hiring,” he said.