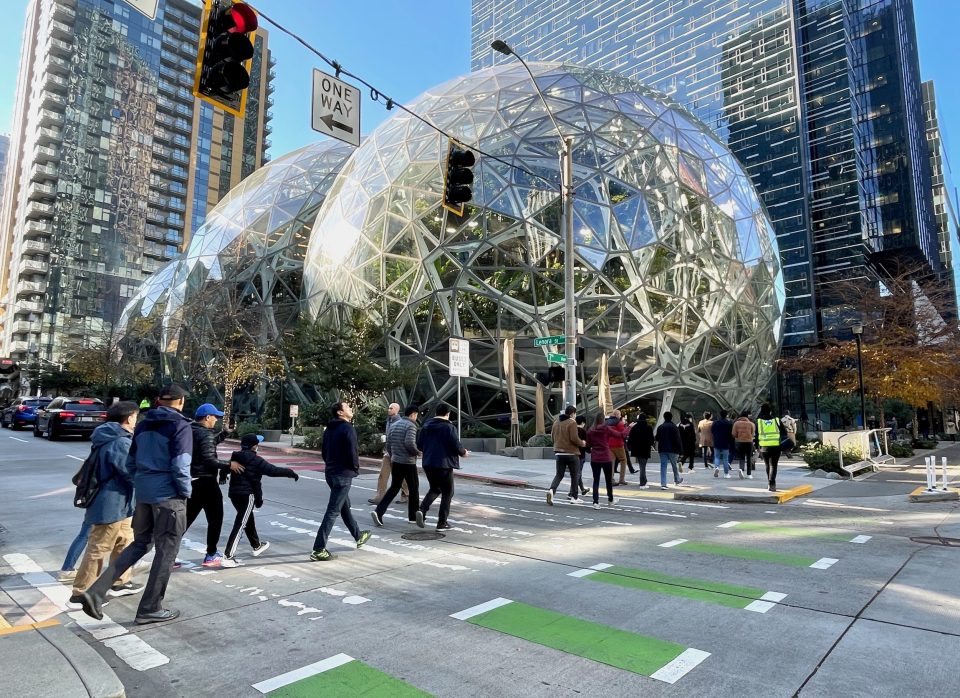 At least 2,300 Amazon employees in the Seattle region are losing their jobs as part of the company’s layoffs, according to a notice filed with the Washington state Employment Security Department on Wednesday afternoon.

The notice says 1,852 jobs in Seattle and another 448 in Bellevue, Wash., are being cut. The company has said it’s eliminating roughly 18,000 corporate and tech jobs globally in layoffs that started last fall.

The notice cites March 19 as the beginning date for the separations in the region.

Asked if the notice represents the extent of the impact in the Seattle region, an Amazon spokesperson said the company didn’t have further information to share beyond what was in the filing.

The 18,000 layoffs are the largest in the history of the Seattle-based company. Beth Galetti, the company’s human resources chief, said in a memo to employees that several teams were impacted, but the majority of the latest role eliminations are in the Worldwide Amazon Stores business and People Experience & Technology (HR) organization.

“To help with the transition, we are providing packages that include a separation payment, transitional benefits as applicable by country, and external job placement support,” Galetti wrote.

Microsoft on Wednesday also announced deep cuts to its workforce. CEO Satya Nadella told employees that the Redmond, Wash.-based software giant will cut 10,000 jobs between now and the end of March.

A similar Employment Security Department notice filed for Microsoft on Wednesday puts the number of regional job cuts at 878 at the company’s offices in Redmond, Bellevue, and Issaquah, Wash.

bitchy | ‘Spare’: Prince Harry broke up with Cressida Bonas after a ski trip