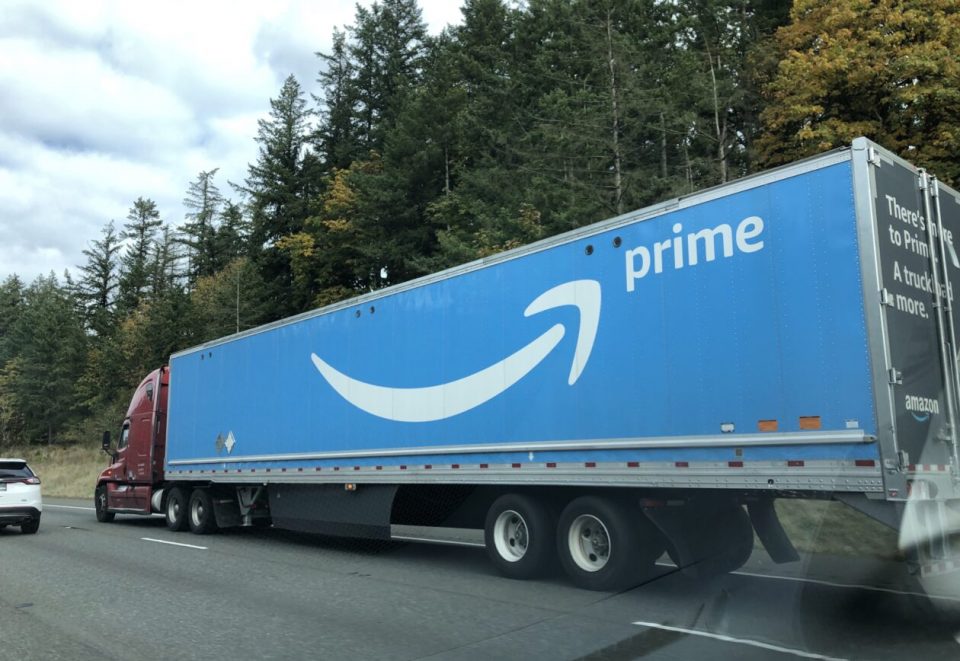 Amazon today announced a deal with low-carbon fuel manufacturer Infinium to purchase some of its “electrofuel” to power delivery trucks beginning next year. The partnership is another step in the tech giant’s path to curbing its rising carbon emissions.

Infinium will provide enough diesel substitute to fuel 5 million miles of travel each year. The electrofuel will be used in Southern California to power Amazon’s “middle mile fleet,” which includes long haul trucks that transport customers’ orders from vendors and its fulfillment centers to facilities used to sort and send items out for delivery.

The company wouldn’t specify how much of its fuel use the deal represents. But Daniel Gross, director for Amazon’s Climate Pledge Fund, called 5 million miles “a very significant number.”

Three years ago, Amazon founder Jeff Bezos announced The Climate Pledge, a commitment by the company to reach carbon neutrality by 2040. More than 375 companies around the world have since signed on to the pledge. Recent signatories include the Seattle Storm, the first WNBA team to join, and Impossible Foods, a synthetic meat company backed by Bill Gates.

Research, however, shows that corporations are struggling to make progress towards these and other climate goals. Amazon itself has seen steady growth in its carbon footprint, though its emissions intensity — the amount of carbon released relative to how much gross revenue it generated — is decreasing.

Amazon launched its $2 billion Climate Pledge Fund to back companies that could help it reach its target. Infinium is one of its 18 investments so far. The Sacramento, Calif.-based company is producing a variety of electrofuels. The diesel substitute is made from carbon dioxide captured from an industrial source that is then combined with hydrogen that’s produced from clean energy.

The fuel is estimated to reduce greenhouse gas emissions by 95% compared to diesel made from fossil fuels, Infinium said.

While it isn’t carbon free, Amazon is happy with the carbon reduction the electrofuel provides and the fact that it can be used in the company’s existing fleet without any changes to the engines, Gross said.

In order to reduce the carbon emissions from the last mile stretch in deliveries — the leg from fulfillment center to customer — Amazon has ordered 100,000 electric delivery vans from Rivian, which started rolling out this summer. The company also has a deal to buy Ram-brand vans. These battery-powered vehicles are a viable solution for shorter routes, but are less well-suited to bigger, long-distance trucking needed for the middle mile.

Infinium will produce the fuel at a new facility in Texas, with most of the site’s output going to Amazon.

The company is developing another electrofuels project in France. It will also be producing sustainable aviation fuel, or SAF. There’s tremendous urgency to move industries away from carbon-emitting operations in order to prevent the worst climate outcomes. The scale of clean energy that’s needed is massive.

“We need to get more capacity into the market, much larger magnitudes than this project,” Schuetzle said in regard to the Texas facility.

He and Gross agreed that partnerships like theirs can jump start some of this growth. The Climate Pledge Fund helps entrepreneurs develop their technology and start growing their companies, Gross said, and then Amazon can take things a step further.

“The very best way that we can show our support is not simply by investing money,” he said, “but also by buying their product and help them to establish that business at scale.”