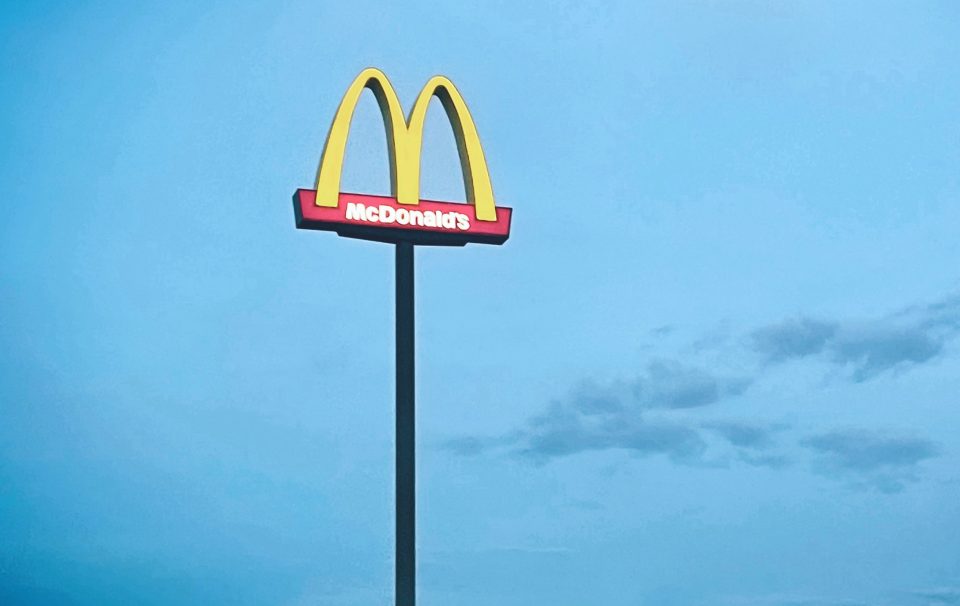 Jeff Bezos was lovin’ it on Sunday.

With the last bite of a McDonald’s hamburger pinched between his fingers, the Amazon founder was photographed staring blankly into the distance, reflecting, it seems, on his past as a fast food worker.

The billionaire tweeted that not only was he among the billions served, but he did the serving back in the day, noting that McDonald’s was his first job.

It’s hard to imagine that buff Bezos is binging on too many Big Macs these days, but he sure got after it on Sunday, with a couple empty burger boxes, large fries, some McNuggets and a sizable beverage on the table in front of him.

Bezos was 16 when he started at McDonald’s in the summer of 1980, according to his various accounts of the invaluable work experience, including in the Cody Teets book “Golden Opportunity: Remarkable Careers That Began at McDonald’s.”

He told Wired in 1999 that it was his first brush with retail and automation. And in Fast Company, he said he gained early insight into customer service — and the customer obsession that would become a benchmark of Amazon’s business.

Bezos isn’t the only Seattle billionaire with a taste for fast food. Microsoft co-founder Bill Gates has been famously scarfing down burgers around the Puget Sound region for years at local spots such as Burgermaster and Dick’s Drive-In.

The tweet had Bezos’ followers chiming in with their own blank-burger-stares about what his motivation may have been for sharing for the food selfie.

In Style With the Electric 2022 Kia EV6 – Auto Trends Magazine