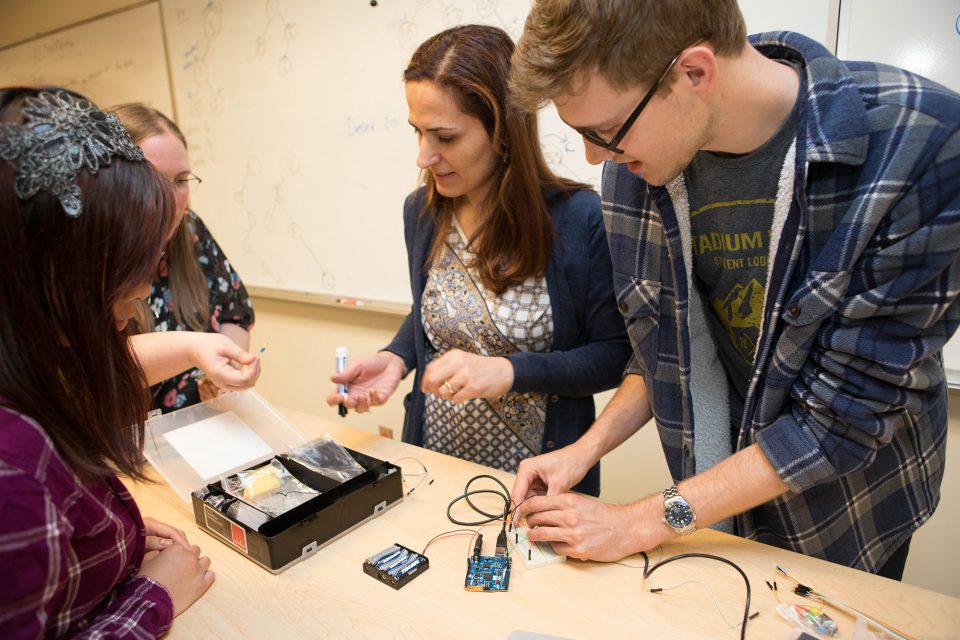 Amazon is donating $3 million to Seattle-area colleges to bolster their computer science programs.

Bellevue College, located east of Seattle, will receive $1.5 million over three years to support its bachelor’s of science in computer science. There are 155 undergraduates currently enrolled in the degree program, which launched in 2017. The gift will increase financial support for enrolled students and college outreach to K-12 students.

Amazon previously donated $1 million towards the effort, which helped fund the hiring and training of a lead faculty member.

RELATED: You didn’t get into the University of Washington’s acclaimed computer science program. Now what?

Computer science degrees are in high demand from students in Washington state. The nationally ranked Paul G. Allen School of Computer Science & Engineering at the University of Washington accepts about 7% of the direct applicants to its undergraduate program. The UW branch campuses and other universities also offer popular computer science degree programs.

Bellevue College is the only Washington college so far to offer a bachelor’s of science in the field. Tuition at the colleges is significantly less, in general, than at the universities. The annual in-state tuition and fees for a computer science student at Bellevue College is $7,266 compared to $12,076 per year at the UW.

Educators expect the demand for computer science degrees to continue growing, driven in part by high wages and employment opportunities.

Washington state has 333,000 tech jobs, including roles requiring tech skills and a variety of jobs at tech companies, according to a 2022 report from the Computing Technology Industry Association (CompTIA). Workers specifically in tech roles had a median salary of $124,653 — an income 147% higher than the state median.