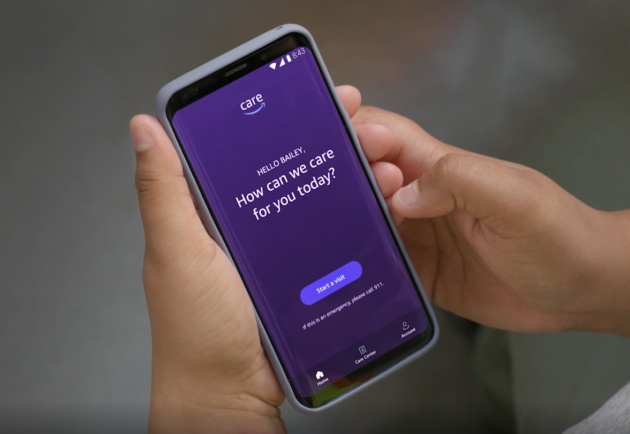 Amazon will stop offering Amazon Care primary health-care services at the end of this year, according to an internal memo, ending the program after determining that it wasn’t “the right long-term solution for our enterprise customers.”

The surprise announcement Wednesday is a major course correction in Amazon’s broader foray into healthcare. Amazon says the decision impacts only Amazon Care, and not its other health-care initiatives.

“This decision wasn’t made lightly and only became clear after many months of careful consideration,” said Neil Lindsay, senior vice president of Amazon Health Services, in the email to Amazon Health Services employees. “Although our enrolled members have loved many aspects of Amazon Care, it is not a complete enough offering for the large enterprise customers we have been targeting, and wasn’t going to work long-term.”

Amazon says company leaders determined that the Amazon Care business model wasn’t working prior to, and independent from, its agreement to acquire primary care company One Medical for $3.9 billion, which was announced July 21. That acquisition is still expected to move ahead, pending regulatory approval.

The company did not disclose the number of employees who will be impacted.

“Many Care employees will have an opportunity to join other parts of the Health Services organization or other teams at Amazon – which we’ll be discussing with many of you shortly – and we’ll also support employees looking for roles outside of the company,” Lindsay wrote in the memo to employees.

Amazon Care launched in 2019 as a pilot program for employees in the Seattle area, where Amazon is headquartered. Last year it expanded to non-Amazon employees across the nation.

It is a hybrid of virtual, in-home primary care and urgent care, without brick-and-mortar clinics or physical locations.

In February, Amazon said in-person Amazon Care services were expanding to 20 new cities in 2022. Companies such as Hilton, TrueBlue, Silicon Labs, and others use Amazon Care as a benefit for employees.

The Washington Post last week reported on tension between Amazon and medical staffers who questioned how the company was balancing growth and efficiency with traditional medical safeguards. The report also highlighted how the national nurse shortage has curbed Amazon Care’s expansion.

Amazon has become a market leader in giant industries such as online shopping and cloud computing, but successfully transforming the “huge, troubled, tangled health care sector” won’t be easy, noted a recent Harvard Business Review analysis that detailed significant challenges facing the company and its foray into primary care.

Amazon said earlier this year that Amazon Care had a “patient satisfaction rating” of 4.7 out of 5. The Amazon Care app has a 4.9 rating on Apple’s App Store, and a 4.8 rating on Google Play.

What Is Toe On a Car? (Toe-In vs Toe-Out Effects)