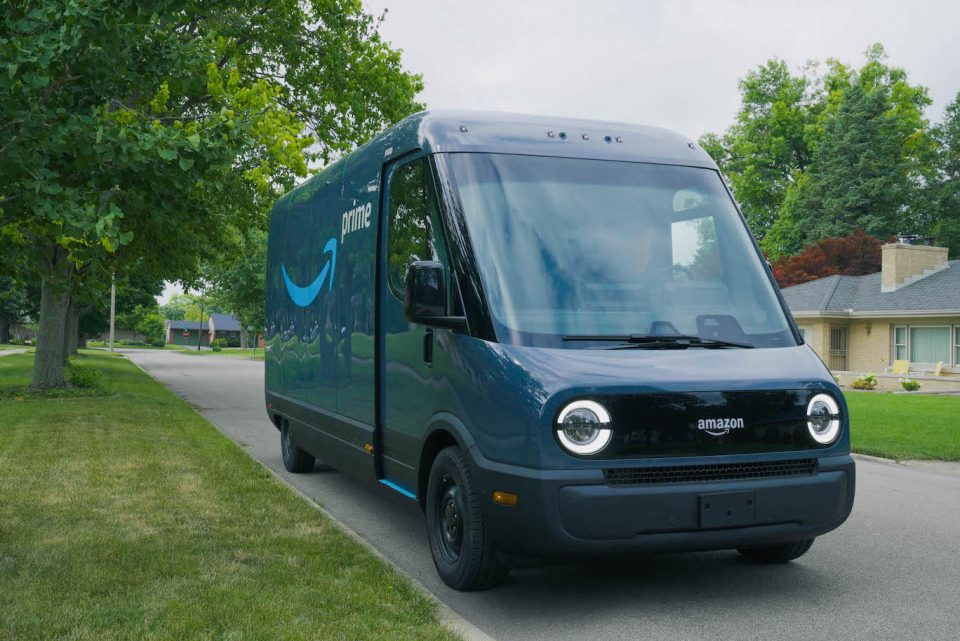 In a bid to make its fleet of delivery vehicles more sustainable and reduce its carbon footprint, Amazon began rolling out custom electric delivery vans made by Rivian on Thursday. The vehicles will begin showing up on roads around Seattle and a handful of other cities across the U.S.

“Fighting the effects of climate change requires constant innovation and action, and Amazon is partnering with companies who share our passion for inventing new ways to minimize our impact on the environment,” Amazon CEO Andy Jassy said in a statement, calling the rollout a significant milestone in Amazon’s sustainability efforts.

Jassy tweeted images of himself getting a tour of a van at Amazon headquarters in Seattle with Rivian CEO RJ Scaringe.

In 2019, the tech giant pledged to become carbon neutral by 2040 and encouraged others to do the same as it co-founded and became the first signatory of The Climate Pledge. Its emissions, however, have continued to rise over that time, including pollution associated with transportation. The company hasn’t released emissions information for 2021.

Shifting to electric vehicles will be essential in shrinking its carbon impact. Amazon first partnered with Rivian three years ago and has continued to pour money into the EV maker through its Climate Pledge Fund. Last year Amazon was among the lead investors in a $2.5 billion financing round in the company.

In addition to purchasing Rivian’s EVs, Amazon in January announced a deal with international automaker Stellantis. Amazon became the first commercial customer for the company’s Ram ProMaster Battery Electric Vehicle. The vans are scheduled to start rolling out in 2023.

Amazon has been testing deliveries with Rivian preproduction vehicles since 2021, and the vehicles have been spotted around Seattle and elsewhere. The company said it has delivered more than 430,000 packages and accumulated more than 90,000 miles in an effort to dial in performance, safety and comfort.

Some of the features of the new vans include:

“In addition to being sustainable, these new vehicles are also great for drivers — they were designed with driver input and feedback along the way, and they’re among the safest and most comfortable delivery vehicles on the road today,” Jassy said.

Amazon also said it has added thousands of charging stations at its delivery stations across the country, and will continue to invest in building infrastructure to support the fleet.

Founded in 2009, California-based Rivian, which also makes pickup trucks, has raised about $10.5 billion to date. The company has a service center in Bellevue, Wash. The Amazon vans are made at Rivian’s factory in Illinois.

Amazon to acquire One Medical primary care company for $3.9B – GeekWire

Last chance to register for the GeekWire Summit, this Thursday and Friday in Seattle and online – GeekWire

With new warehouse robots, Amazon looks to invent its way out of its safety problems – GeekWire