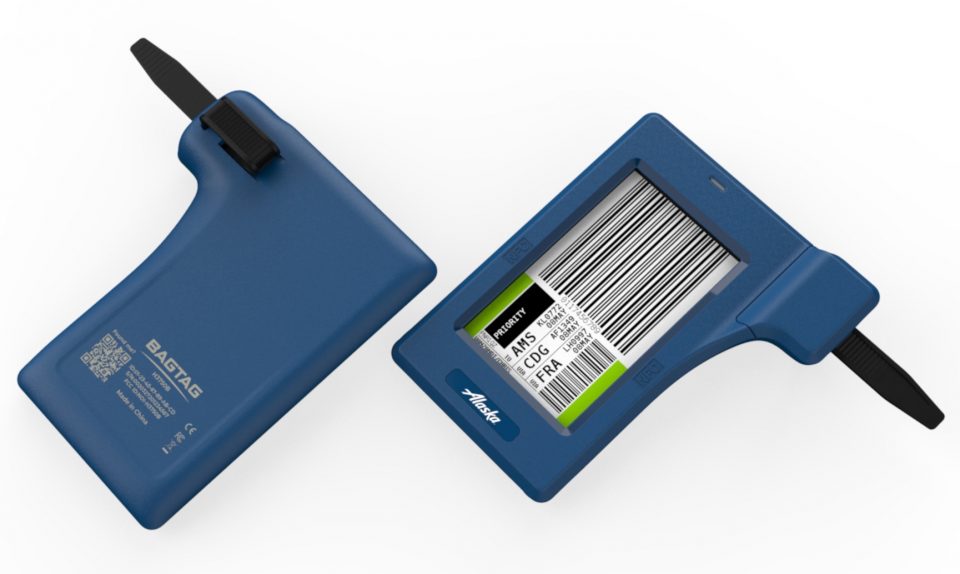 Smart travelers have all sorts of tips and tricks for saving time and effort at the airport. The smartest ones might not ever check a bag when they fly, but smart technology could change that stance if they’re using Alaska Airlines.

The airline plans to roll out electronic bag tags this fall in a pilot program aimed at speeding customers through the process of checking luggage. Alaska said Tuesday that the high-tech tags could reduce bag-checking time by 40% and on top of that, eliminating paper will save reams of the printed and stuck conventional tags.

The tags won’t save a bag from getting lost or help recover one any quicker, but it will save a few minutes during the check-in process where getting out of the airport lobby and through security lines is key.

“Our focus is really, ‘How do we improve the guest experience at the airport?’” said Charu Jain, senior vice president of merchandising and innovation for Alaska.

The electronic tags will be made available to 2,500 Alaska customers in a first phase this fall. The airline’s Mileage Plan members will be able to purchase the tags in early 2023, and Jain said the price will be around $70.

Jain said Alaska first tried electronic tags back in 2017, but the solution and tech has since evolved. Alaska is now buying the tags from a vendor called Bagtag, which has already partnered with a number of European and international carriers. How the tag is configured and used throughout a journey with Alaska is handled by the tech team at the Seattle-based airline.

The tags are notable because they have no battery and require no charging — a first for a U.S. airline. They’re powered by near-field communication (NFC) tech in a smartphone which allows a traveler to simply touch a device to the tag to update information tied to that traveler’s flight reservations. It all works through the Alaska app from home, en route to the airport or wherever else.

Watch the tech in action in the video below:

“We’ve taken this thing out and run over it with luggage tugs, with food catering carts, you name it. And the device still works,” Naughton said.

The tags are also equipped with an RFID antennae for airports, most notably in Europe and Asia, that have an RFID-enabled baggage sortation system.

“For international journeys, this does have a very strong value add for making sure that your bag gets to the destination as intended,” Naughton said.

According to Jain, 50% of Alaska customers check a bag when they fly with the airline. Either through a ticketing agent or at a self-serve kiosk, the process of waiting in line, getting tags printed and attached to bags can take a chunk of precious time.

At Mineta International Airport in San Jose, Calif., Alaska will have a self-service bag drop for users of the tags that will cut time even further. Jain said the plan is to eventually have that feature at all of its hubs and potentially some of its focus cities.

Naughton said the tags will also provide enhanced security features and more analytics than any paper tag could ever offer.

For instance, tags can’t be “rewritten” during a flight, when they are locked to a passenger’s name and email address. Each time a tag does get updated the customer gets an email with the new routing information. Alaska can also track all data related to each time a bag tag is updated.