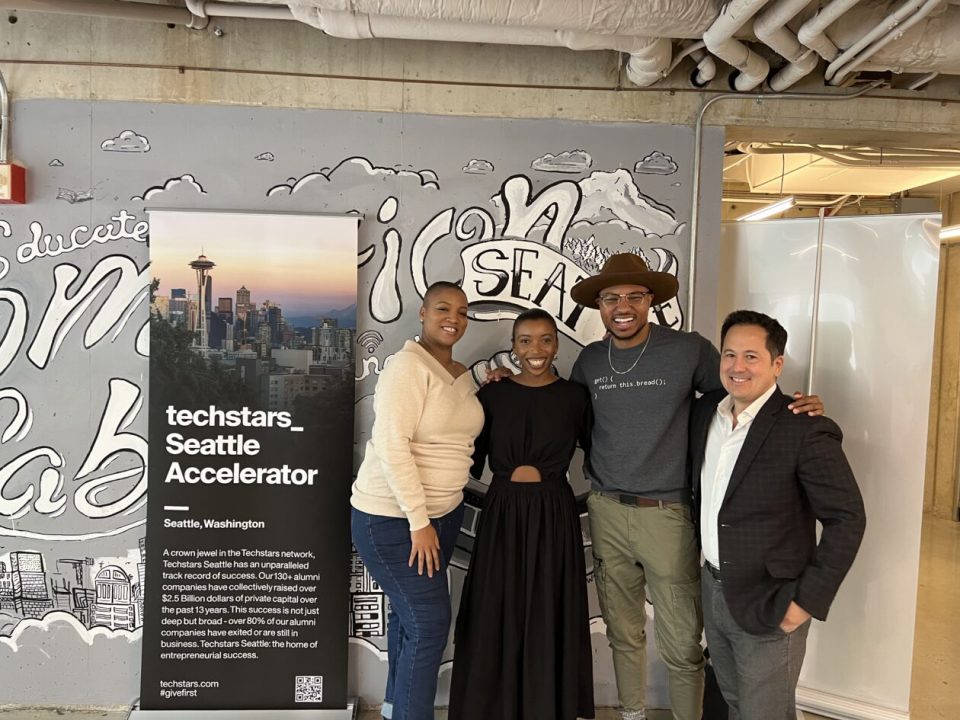 For many Black entrepreneurs, getting funding for their business is a daunting and disproportionately difficult task.

Only about 1% of all venture dollars goes to Black founders, according to Crunchbase, despite Black and African Americans making up 13% of the U.S. population. Despite the odds, many Black entrepreneurs have navigated their way through multiple rounds of financing, coming out of the fundraising gauntlet.

A trio of Black Techstars alumni — who each raised at least a million dollars in seed capital for their business — met at Startup Hall at the University of Washington to share their experience raising capital, while also offering advice for Black founders looking to navigate the clubby world of venture capital. The event was called “Fundraising while Black” and is part of Techstars “Interstellar Week.”

While raising capital, the first step that many entrepreneurs encounter is finding the right funders to target. This can be a lengthy process for any entrepreneur, but for Black founders it can be especially elusive.

She Matters co-founder Kearney recommends understanding the venture firm you are targeting beforehand by doing your own due diligence. She says she starts by asking the questions: Who have these venture capitalists invested in? And how many of their limited partners are Black?

She also recommends speaking with any Black founders that the firm may have invested in previously to get a sense of how that firm operates.

RELATED: Techstars CEO on running a startup accelerator in a downturn; advice for founders; and more

Folklore co-founder Rasool says she spends a lot of time working on her Airtable, where she keeps literal tabs on the investors she is targeting. She said that some investors considered giving her money solely on the level of background on VCs and angel investors she had in her list.

She added that it is also important to practice your pitch beforehand and remain confident when approaching these VCs or angels. She joked that she used to watch Elizabeth Holmes documentaries on how to appear and sound confident in pitching as a woman.

Each of the panelists say it’s important to have a mentor that will help you learn the lingo that many VCs speak with, while also coaching you in the conventional way to pitch your business and ask for a check.

In terms of setting up a cap table, Rasool says she is careful and intentional about selecting the investors she chooses to take money from. She said she chose to keep her investors diverse, with about 70% of her investors being people of color.

“I want to make Black LPs money,” she said.

The last piece of advice these founders give is prioritizing mental health and remaining humble.

Boler says being an entrepreneur can be lonely sometimes. He recommends a therapist to those fortunate enough to get one.

The panelists concluded by saying that Black founders should also remain confident, in themselves, and the businesses they are building.

Kearney summed it up by saying that the Black founders that are in a position to raise capital for their business should revel in the moment and be proud to have made that far, regardless of the fundraising outcome.

She added, “You are already a unicorn.”

bitchy | The first photo of Ryan Gosling as Ken in the ‘Barbie’ movie: love it or hate it?