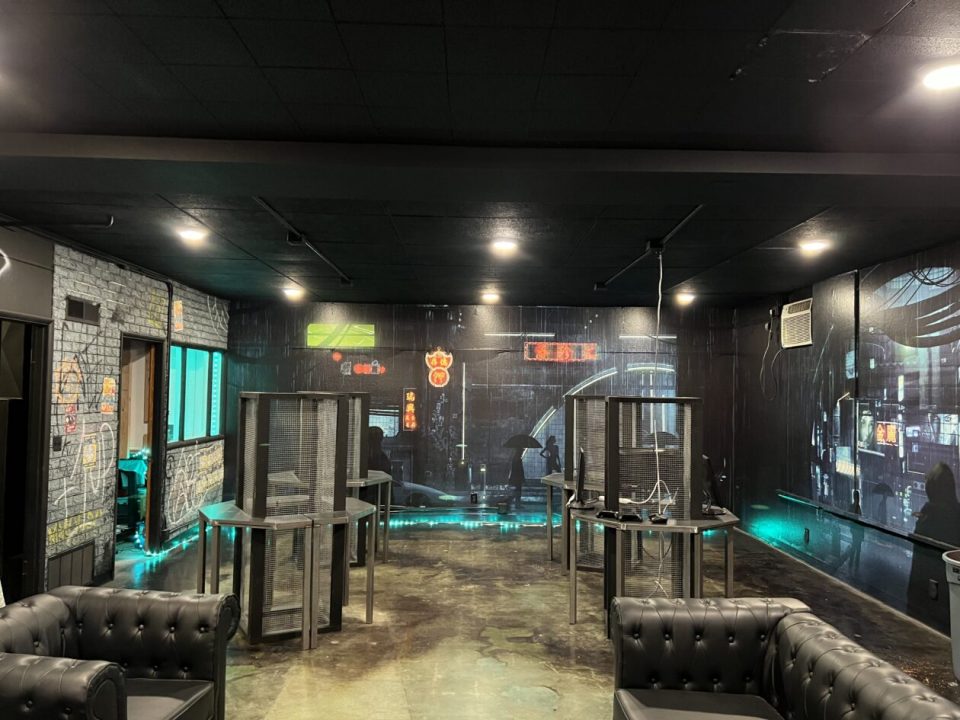 From the outside, Till Dawn looks nondescript. But when you first enter the new neighborhood bar in West Seattle, it feels like a video game-induced trip.

The walls are covered in gaming-inspired murals. LED lights flicker different colors, resembling a gaming keyboard or a Twitch streamer’s backdrop. There is also a collection of Easter eggs, such as a star from Super Mario Brothers, guns from the Devil May Cry, and Pipboy from Fallout.

“Through this build out, I get the feeling that I don’t even know what’s going on outside,” he said last week during a tour of the space, which opens soon. “I wanted it to feel like it takes you away from reality.”

The new gaming bar, located on 5048 California Ave SW, will mainly cater to coffee, beer and video game enthusiasts of all ages. There are 16 stand-up gaming stations, each with its own monitor and console. Patrons will be able to play games individually, tournament-style or as teams. There will also be a private Dungeons and Dragons game room available for campaigns.

One of Spence’s main objectives with Till Dawn is to make patrons feel comfortable, no matter where they are coming from, providing a space where gamers can come together to celebrate their love of video games.

Spence said the aim is to serve mostly walk-in customers. Patrons who drive will need to find street parking along the popular West Seattle strip.

Seattle-based Boon Boona will supply the coffee, while all the main food items will be catered from local bakeries. The bar will also feature a selection of “gaming nerd concessions,” ranging from Mountain Dew and Hot Cheetos, to Japanese-influenced snacks like rice candy and Hi-Chew.

Till Dawn has yet to get its liquor commission and will serve coffee drinks to earn initial revenue. Once it gets licensed, it will feature more than 75 beers from around the world, along with high-end liquors, which will range in price from $12-to-$15.

Spence said he plans to open for coffee and gaming within the next three weeks. The store will launch on limited hours from 8 a.m. to 3 p.m.

The genesis of the name comes from the moment when gamers realize they’ve been up too long, where night turns to day, a familiar experience for Spence, who said his passion for video games started when he got the Atari PONG.

He has also honed his craft of being a restaurateur, serving as a bartender for more than 23 years, starting at Brouwer’s Cafe in Fremont, where he worked for five years.

“There’s really no retirement in bartending,” said Spence, who moved to Seattle in 1999. “You either open up your own spot or end up a dinosaur bartender at a hotel downtown.”

Till Dawn will join a growing list of bars that incorporate video games, including Coindexter’s, Admiral Pub, Add-a-Ball, and others. The popular GameWorks Seattle reopened earlier this month. Top Golf, a high-tech driving range that features other games, debuted in Renton this month, while Five Iron Golf, another high-tech golf experience, opened in the Capitol Hill neighborhood in March.

The Till Dawn site previously belonged to a licensing agency, which closed in late 2019 alongside allegations of its shady business dealings. Converting the site into a gaming bar has proven to be a difficult task, with new building regulations passed by the city adding time and costs to the project, Spence said.

He began the process of converting the site into a cafe in October, first reported by the West Seattle Blog, drawing curiosity and mounting hype from the surrounding community.

During our visit last week, a passerby poked his head in the window, commenting on how impressed he was of the layout and his love for Boon Boona coffee. Spence said that happens frequently, adding that the community is anxious about the bar’s opening.